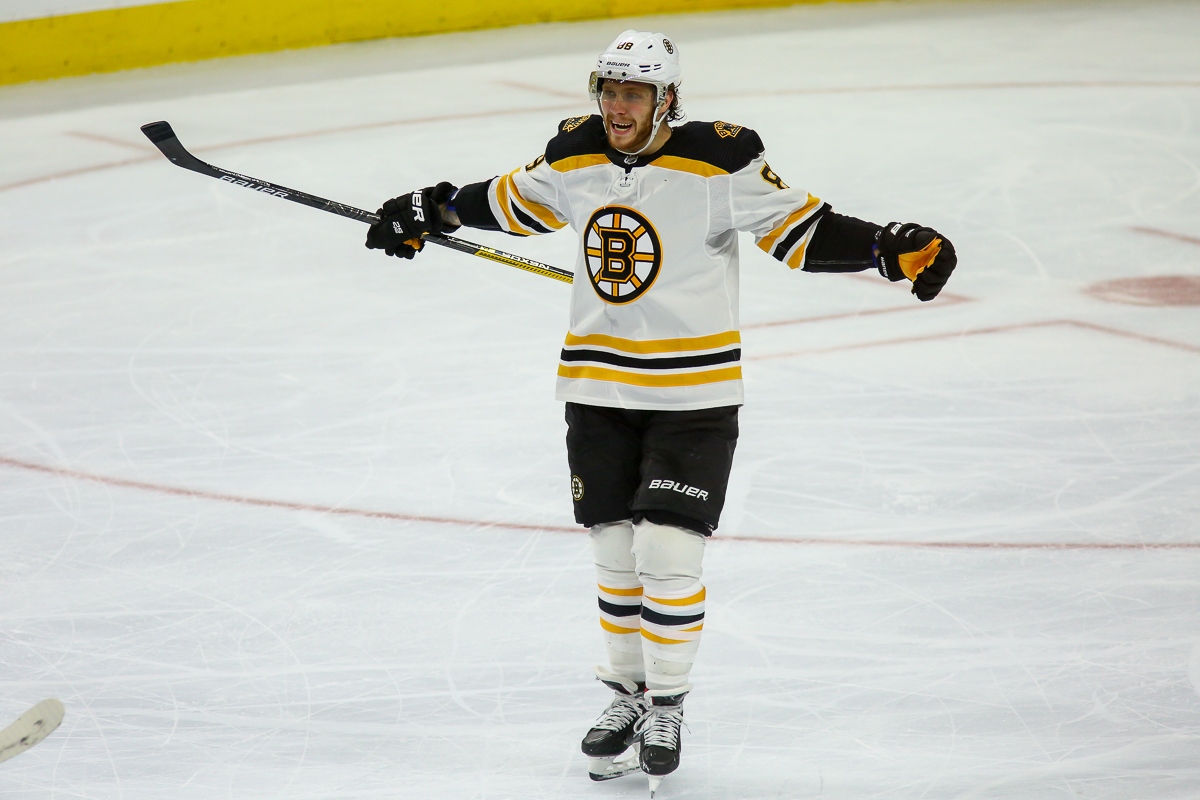 BOSTON, MA – The Boston Bruins continued their winning ways riding a David Pastnak hat-trick to a 5-2 win in game one of their second-round series against the New York Islanders. 17,400 fans in attendance at TD Garden helped shake off any Bruins’ rust after being off since Sunday. The full house was the first for the Bruins since March of 2020.

Despite the atmosphere, the visiting Islanders struck first, taking advantage of a Charlie McAvoy Hooking penalty. Anthony Beauvillier tipped in a Noah Dobson shot from the blue line past Tuukka Rask (20 saves) at 11:48, putting the visitors on top 1-0.

Boston would get the equalizer with a power-play goal of their own at 19:37. Charlie Coyle took an Andy Greene high-stick to the face setting up the Bruins man advantage.

Patrice Bergeron won the face-off and managed to make a pass to David Krejci from the ice. Krejci dished to Pastrnak at the left face-off dot. Pastrnak held the puck before shooting a snap-shot past Ilya Sorokin (35 saves) to tie the game heading into the first intermission.

Pastrnak struck again to give the Bruins the lead at 11:08 when he banged in a rebound from the left face-off dot. Bergeron and Marchand assisted on Pastrnak’s second of the night.

The Bruins lead was short-lived as Islanders defenseman Adam Pelech beat Rask with a slapshot from the blueline. Rask had made a few stops on the Islanders, but the Bruins couldn’t get the puck out of their zone.

The Bruins pulled ahead in the third period despite an early Too Many Men on the Ice call against them at 4:02.

McAvoy put the Bruins ahead for good at 6:20 when he filed a shot past Sorokin from the blue line.

Pastrnak struck again for his 12th career hat-trick at 15:50. Pastrnak carried into the Islanders zone, used Hall as a screen, and beat Sorokin with a shot from the slot setting off an avalanche of hats and rally towels.

Hall added an empty-net goal at 18:35 to close out game one in Boston’s favor.

The two teams meet again on Monday at 7:30 pm at TD Garden for game two.