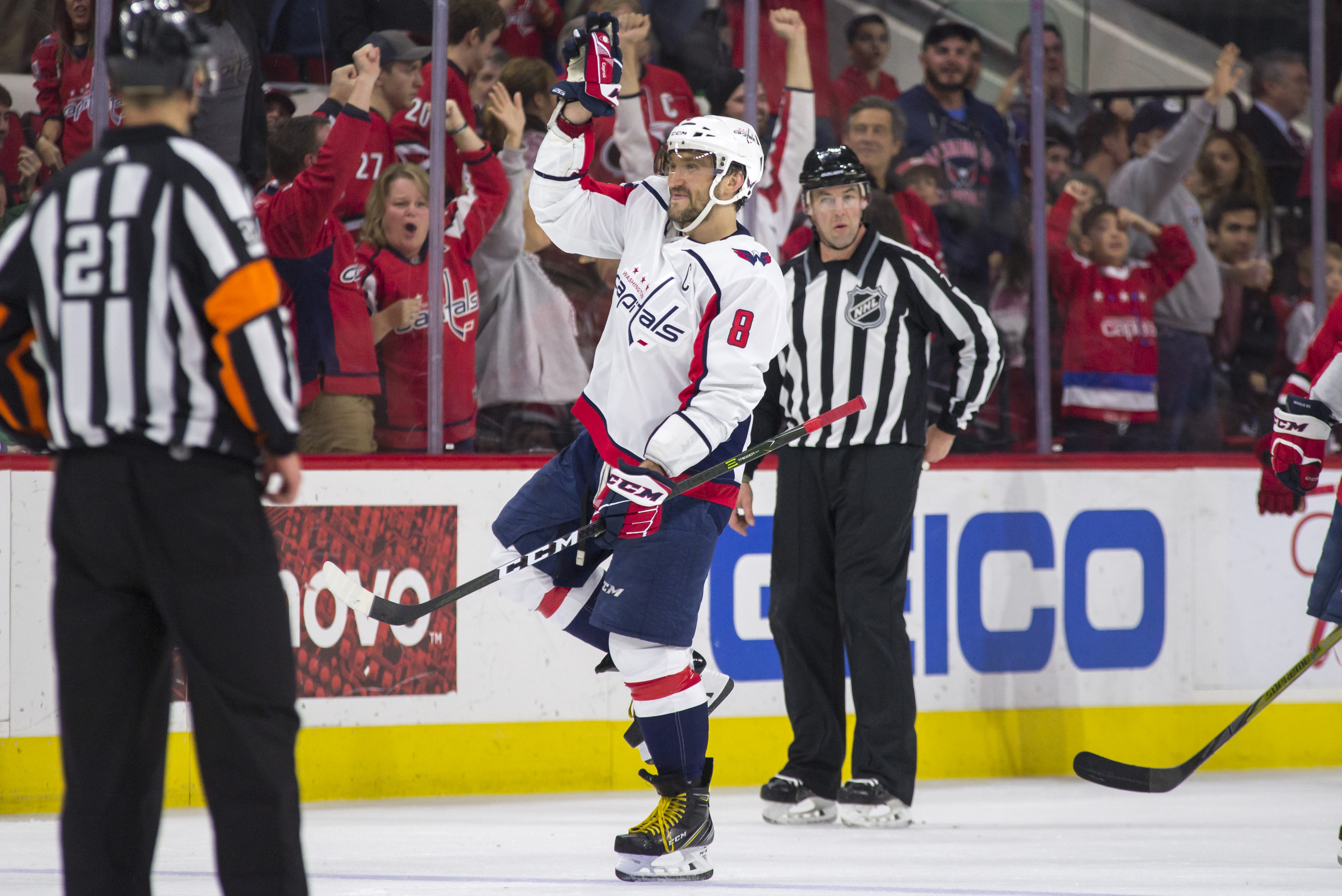 ALEX OVECHKIN (8) celebrates as the Washington Capitals take the lead over the Carolina Hurricanes with 1 second left in the game. The Capitals beat the Hurricanes 4-3.

Alexander The Great’s life was over by the time he was 32. Though abbreviated, he enjoyed a life that included triumph and a rise to power. Also 32, Alexander Ovechkin, who often shares the same alias, is at the point where his game could understandably decline. But for this Alex, that’s just not the case. Monday night was yet another reminder of this.

After tallying one goal in the first, Ovechkin added another 3:52 into the second period–good enough for his 600th in his career. In doing so, he became the fourth-fastest player in NHL history to score 600 goals in under 1,000 games (990), trailing only Wayne Gretzky, Mario Lemieux and Brett Hull. He added to his resume as the first Russian to net 600 and the fourth European to reach the feat joining Jaromir Jagr, Jari Kurri and Teemu Selanne.

The 3-2 overtime victory over the Jets, saw Ovechkin eclipse 40 goals for the ninth time in his career. With 12 games remaining in the season, he could also climb to 50 -plus for the sixth time in his career and fourth time in five seasons. No player has more goals since the 1998-99 season, despite not coming into the league until 2005-06.

A historic moment for @ovi8 and the @Capitals. #600VI pic.twitter.com/8jkF5pfTqI

Drafted first overall in 2004, Ovechkin won the Calder Trophy as the league’s best rookie in 2006 with a 52-goal and 106-point season. He’s added other hardware: one Art Ross (most points); three Lester Pearson/Ted Lindsay’s (most outstanding selected by NHLPA); three Hart’s (season MVP); and six Maurice Rocket Richard’s (most goals/season).

In 2008, he signed a 13-year, $124 million contract with Washington. He’ll be 35 at the expiration of the deal but looks like he’s got plenty left in the tank to play well beyond then and more so, produce at a high level.