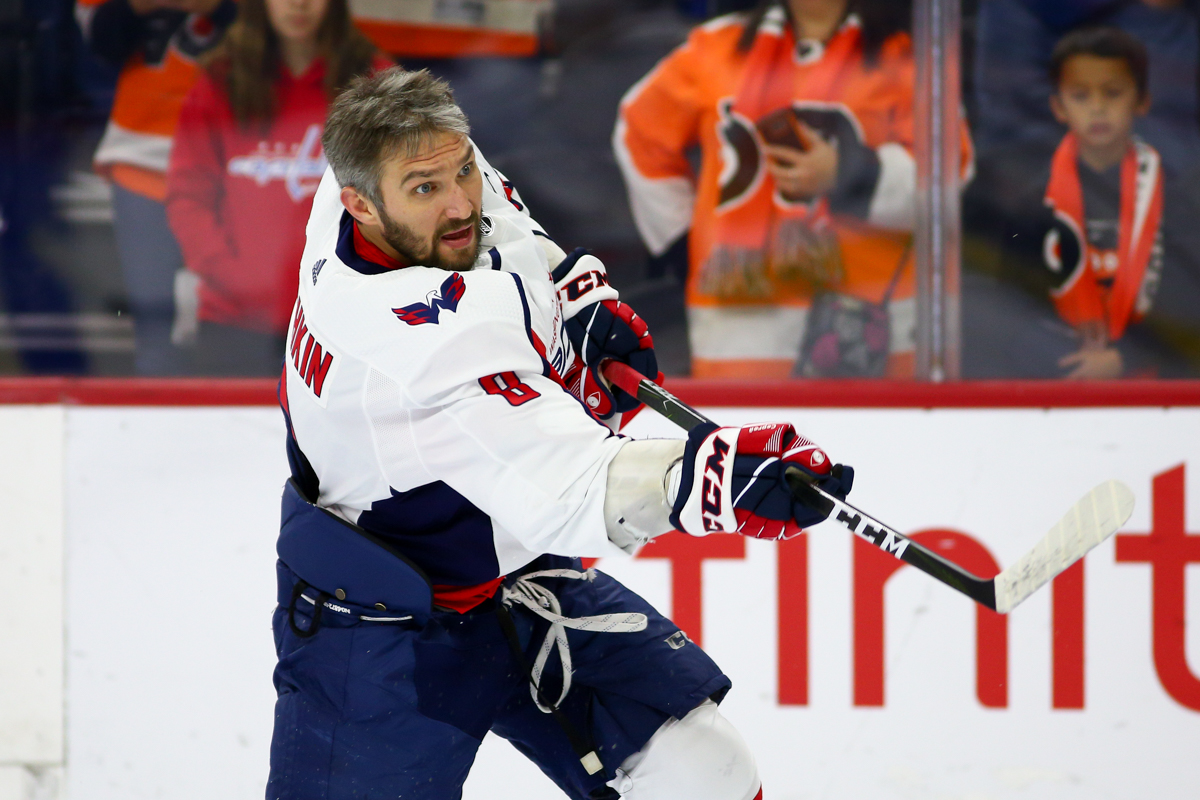 Alex Ovechkin #8 of the Washington Capitals

Alex Ovechkin became both the second-youngest and second-fastest player to join the NHL’s 700-goal club with his tally Saturday in New Jersey, joining seven others in the prestigious group. The only player to reach the 700-goal mark at a younger age or in fewer games than Ovechkin (age 34, 1,144 GP) is all-time goals leader Wayne Gretzky (age 29, 886 GP), whom Ovechkin now trails by only 194 goals.

* Ovechkin’s achievement at age 34 is rare not only from an NHL perspective, but also across the professional sports landscape. Among major career scoring milestone lists with fewer than 10 names for NBA players (30,000 points), MLB hitters (600 home runs) and NFL quarterbacks (400 passing touchdowns), only two players reached the benchmark before age 35: LeBron James and Kobe Bryant. * Of note: There are nine NFL players who have at least 100 rushing touchdowns, including two who achieved the feat with the Washington Redskins – John Riggins (Oct. 13, 1985) and Adrian Peterson (Sept. 9, 2018). Riggins, 36, is the oldest player to join the NFL’s 100 rushing touchdowns club.

Standing at 684 career goals on the morning of Jan. 13, Alex Ovechkin scored twice that night against Carolina to Teemu Selanne into 11th place on the NHL’s all-time goals list, triggering an avalanche of achievements over the course of the next six weeks – despite a five-game point drought that matched the longest of his career. 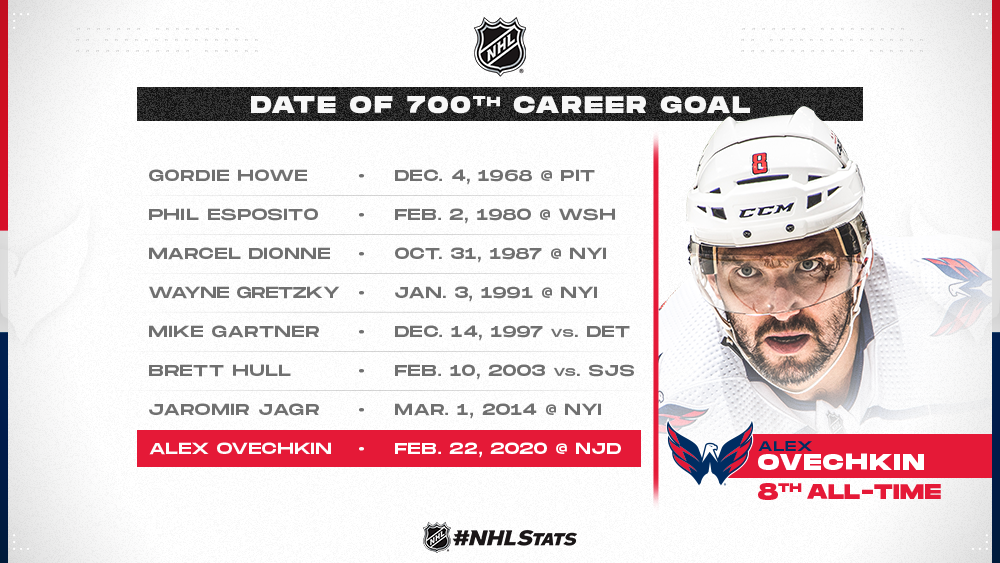 NEXT UP: CHASING THE GREAT ONE’S RECORD

Alex Ovechkin became the fastest player in League history to go from 600 to 700 goals (155 GP), besting the previous mark of 169 games set by Wayne Gretzky at age 29. 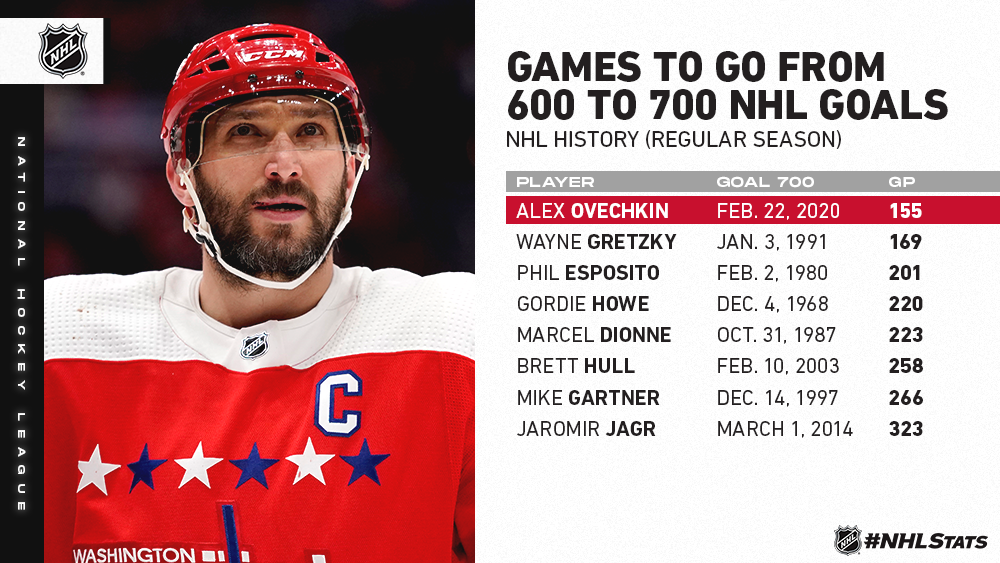 * Scoring an average of 0.61 goals-per-game in his career – to rank fifth in NHL history – “The Great 8” is on track to score his 800th NHL goal in 164 more games (career game 1,308) and overtake “The Great One” as the League’s all-time goals leader in about 320 more games – which equates to sometime within the next four seasons.

AGE IS BUT A NUMBER TO ALEX OVECHKIN

* Ovechkin hit the 40-goal mark in just his 53rd game of 2019-20 (Feb. 4), the third-fewest games he has ever required to reach that plateau. Since the Maurice “Rocket” Richard Trophy was introduced in 1998-99, there have been only eight instances of a player reaching the 40-goal mark in 55 or fewer games –Ovechkin accounts for five of those.