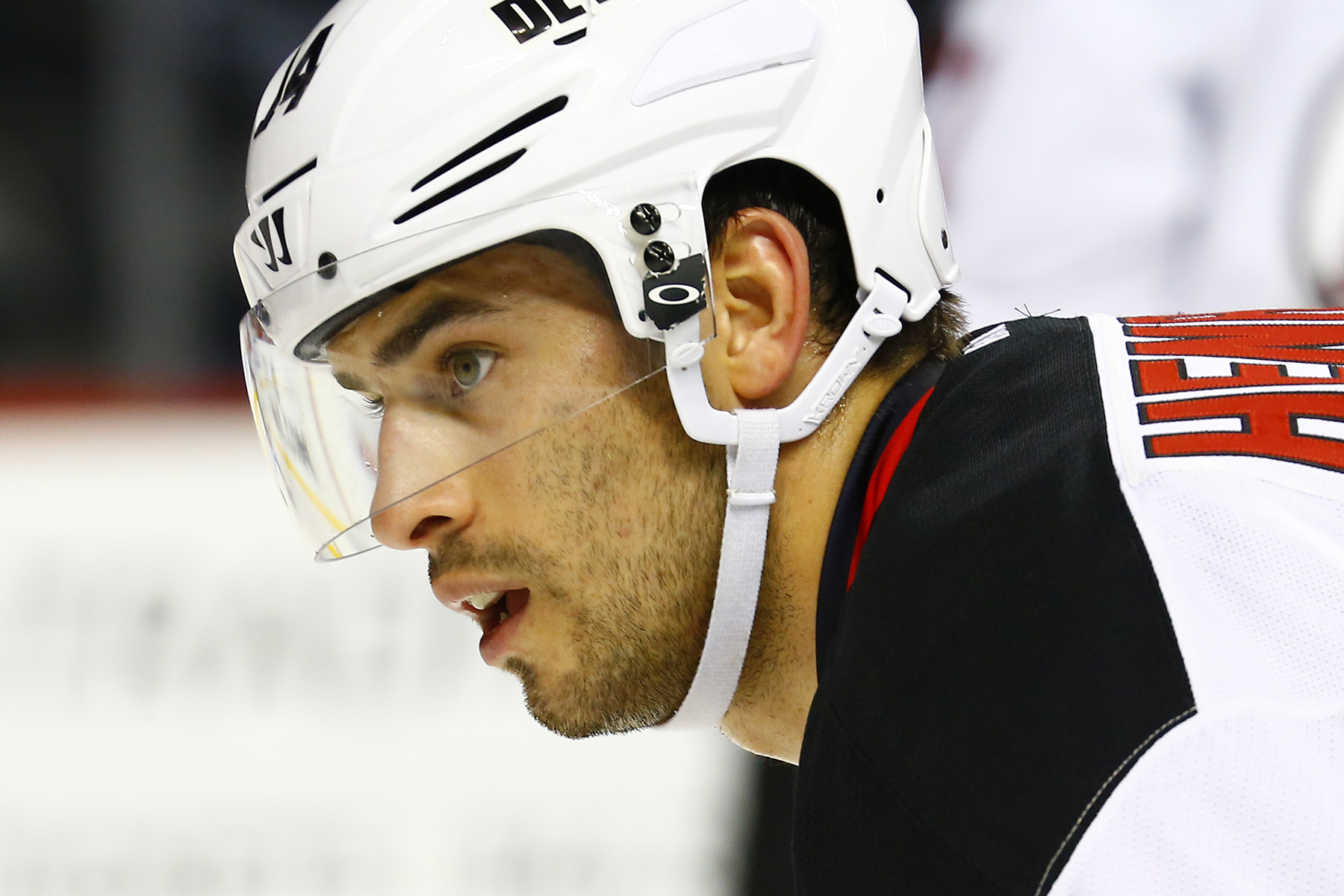 Out of the Doghouse

Do you remember when the Kings and Ducks renewing their rivalry meant something? This year, unfortunately, fans in the East, let alone Canada, seem neither to know much about what’s going on on the West coast, nor to care. Maybe that’s the fault of these teams. Neither was figured to go on a run of any kind, though the Ducks were touting their youngsters and the Kings were saying the playoffs were well in mind as the year began.

Now the Ducks are 7-12-6 as they came into their game Monday night, the first of two in Anaheim. The next goes Wednesday. The Ducks recently went winless in nine games, breaking streak with an OT win on Saturday night versus Colorado.  They are seventh in the West with 20 points to start the night.

The Kings, meanwhile, won six in a row, then lost four. They, too, won an OT game on Saturday night, this one in St. Louis. LA sat fifth in the West as the game started.

The lineups were mostly as they have been, with Jonathan Quick out with a day-to-day upper body injury for LA, sustained late in Saturday’s OT win apparently. Cal Petersen got between the pipes, as he has done already 12 times this year. The Ducks played a standard 12 forwards and six D, where they had been going 11 and seven for a couple of games.

Trevor Zegras was back in for the Ducks, having been held out on the second of two back-to-back in Colorado. His hoped-for hot start has not materialized. He has just one assist in five games.

Perhaps predictably, the Ducks scored early, and then let the lead go to a 1-1 tie. They got a go-ahead goal to finish up the first period (with about three minutes left). Rakell took the puck from a behind the net pass, and he backed up subtly as Getzlaf fenced out a defenseman, and Rakell put the puck up and to the far side past Cal Petersen.

That made it two goals on five shots for a team that had a lot of trouble scoring up until recently. Their goal differential coming into the night was an abysmal -21. The Kings were positive, at +3.

“We’re obviously seeing a much different LA Kings team than we did a few weeks ago,” said opening goal-scorer Kevin Shattenkirk between periods one and two. The pace was what he was talking about. He got the Ducks’ first goal.

The second period opened with the Kings on a power play. Dustin Brown scored on it, his 13thof the season. The next closest Kings in goals are a handful of guys with six.

The Ducks then retook the lead when Ben Hutton scored his first of the year. He was on left defense, but was activated to the edge of the goal crease, a familiar Ducks’ strategy. The puck landed at his feet and he had to lift it up and over (kind of bloop it up and over in fact) Petersen. It was a bit of revenge for him, as he had been with the Kings last year but not renewed. He had played 65 games for LA with 4-12-16 points. This was his 20thgame of the year playing for the Ducks.

The Ducks outlasted most of a penalty but then rushed the puck up fast and Henrique passed a beauty to Silfverberg cutting towards the net. He put it past Petersen for the team’s first shorthanded marker of the year. Petersen was not having the best of nights, statistically, though he couldn’t be faulted for this or the other goals. At one point he had allowed three goals on nine shots. Then it was four on 14.

The Kings got one back on the power play when Kempe fired a missile on a one-timer from the right dot. The pass had come from Kopitar, his second assist of the game, and Kempe’s second goal of the night.

The Ducks did it again with 1:45 of the second period left. There were four Kings watching while Rakell got a puck in front, backed out of the goalie’s proximity, and backhanded it up and over Petersen. Comtois assisted to make three points on the night.

Could it be that there were eight goals on the board with one-third of the game left? These teams have starved for scoring, though not so much of late. The Ducks had two straight five-goal (or perhaps more) per game performances going. The Kings had scored at a more modest page, but had four versus Arizona a week or so ago.

The third period saw the Kings jump back in right off the jump almost. Andreas Athanasiou stickhandled out of the corner and beat three guys across the slot to tuck the puck behind John Gibson for his 5th of the year.

The third period saw no return of Troy Terry and also Josh Manson for the Ducks due to injury. That meant line shifting, and double-shifting. Rakell played a ton, with over 19 minutes, matched by Comtois and Getzlaf as forwards with the most minutes. Rakell said, “I have no explanation of that [his streakiness]. I don’t think I’m doing anything different, except maybe taking a little extra time to know where the net is and where to put the puck.”

The youth also featured, including Zegras. His best chance to score came on a shot from between the circles. He had lots of time and put the puck to the arm of Petersen, just high enough so that it was hard to get. The goaltender got an arm on it anyway, leaving Zegras with a smirking smile as he cruised over to the boards.

The Kings appeared to tie the game with less than five minutes left, but John Gibson had been tripped by  Dustin Brown, negating the chance. That would have guaranteed at least a 6-5 score, unheard of for these teams.

And you guessed it—they did tie the game. The puck went to the point and was wristed in by  Doughty. Kempe got a touch on the puck to make it a hat trick. He has five goals and seven points in five games since he was told to shape up and contribute by coach McLellan. So the Ducks, once again, had blown a lead. This one a two-goal advantage. Henrique said later that, “We’ve got to learn how to shut it down.” Not an overstatement.

The outpouring of goals only ended when the teams went to extra time. After trading choices, Zegras skated onto a puck and went two-on-one with Henrique, passing the puck over and allowing Henrique to redirect it into the net. His second career assist was a beauty, and Henrique’s score got him back to zero after having been sat and waived. He has slowly piled up the contributions since that time.

Summing up, then, the teams traded chances and leads. The points piled up for a bunch of players: Kempe three goals, Comtois with three assists, and Rakell with a goal and two assists, and they’ll do it all over again on Wednesday.

McLellan of LA said, “Some guys are really  on, and some guys are really off, and it just screws everything up,” after citing a list of his team’s mistakes. Eakins was quite contrary. “It starts building the belief that you can get on the other side of one-goal games. It isn’t supposed to be easy.”

Brian Kennedy is a PHWA member. He’s on twitter @growinguphockey.