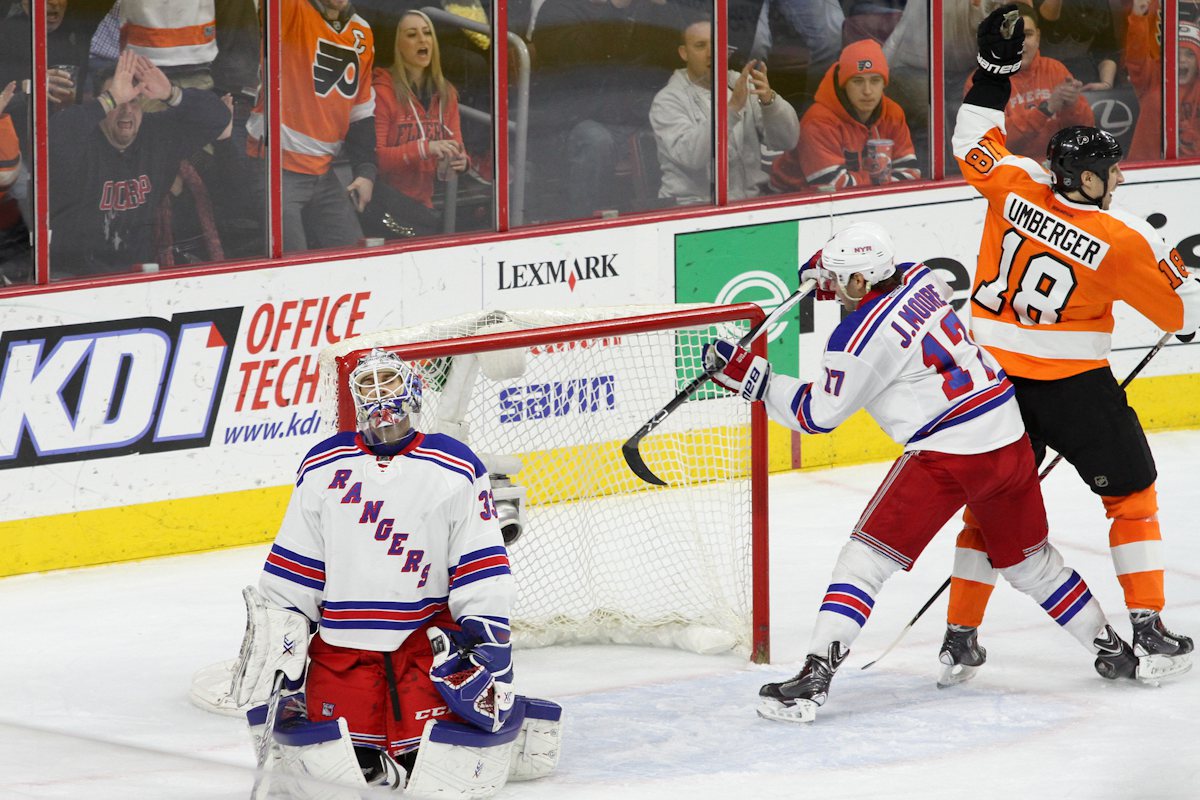 In their third of four meetings, the Rangers hosted the Ottawa Senators in Madison Square Garden on Thursday night. The Rangers were 33-33-3-3 overall against the Senators heading into this contest.

The Rangers have seen one of their best mid-season report cards in decades. This is their best start in 40 years with the team boasting a .725 win percentage. The last time the Rangers posted a better record through the first half of the season was back during the 1971-72 season, when the squad posted a .763 win percentage (27-6-7).  Of course, that was when they had such Rangers notables like Ed Giacomin, Rod Gilbert, Vic Hadfield, Jean Ratelle and even Glen Sather, the Rangers current general manager.

The Rangers have also posted four winning streaks of five or more games through the first half of the season. This is the first time in franchise history that a squad has ever had that many winning streaks in their first 40 games. This record is also the most in the league this season.

Having won six of their last seven games at home, posting a 13-3-2 record (28 points), this is their best record at home since 1995-96 (14-2-2, 30 points).  Going into Thursday night’s contest, they were on a six-game winning streak.  But like all good things that happen…they eventually have to come to an end.

At the start of the first period, things started off on a slow note.  The Rangers dominated the puck, offering few chances for the Senators to get a shot off.  It wasn’t until 6:43 that Brandon Prust and Zenon Konopka dropped their gloves in a poor effort to strike a match and heat things up during a dismal first period.  With an even draw between the two forwards, both headed to the penalty box for fighting.

Ruslan Fedotenko rounded out the period by heading to the sin bin for kneeing Jason Spezza at 19:15, giving the Senators a 1:45 man advantage at the start of the middle stanza. Unfortunately for Ottawa, they were not able to capitalize on that power play. But anyone knows…give Spezza an opportunity and he’ll score, just like he did at 8:54, giving Ottawa the one-goal lead.

“In the second, we seemed to have lost momentum for whatever reason,” Rangers captain Ryan Callahan said.  “We had a tough time getting it back.  It’s a big thing, especially at home.  You have to grab a hold of it and get it right back, and that’s something we didn’t do tonight.”

As the final seconds winded down to the end of the period, Chris Neil was called for boarding at 19:47, awarding the Rangers a power play to start the final period.

That man advantage did nothing to benefit the Rangers as they went 0-for-3 on the power play.

“They’re a good team,” Callahan said of the Senators following the loss.  “They’re incredible.  At the same time, we have things we need to fix, too, and get some goals.”

“They’re a good team,” Brian Boyle said.  “They’re in a good place in the NHL.  We wanted to get physical through the whole game and for the most part, we did that.”

The NHL announced their 2012 NHL All-Star schedule on Thursday. Of the New York Rangers selected to attend the festivities in Ottawa at the end of the month, they are Marian Gaborik, Dan Girardi and Henrik Lundqvist.