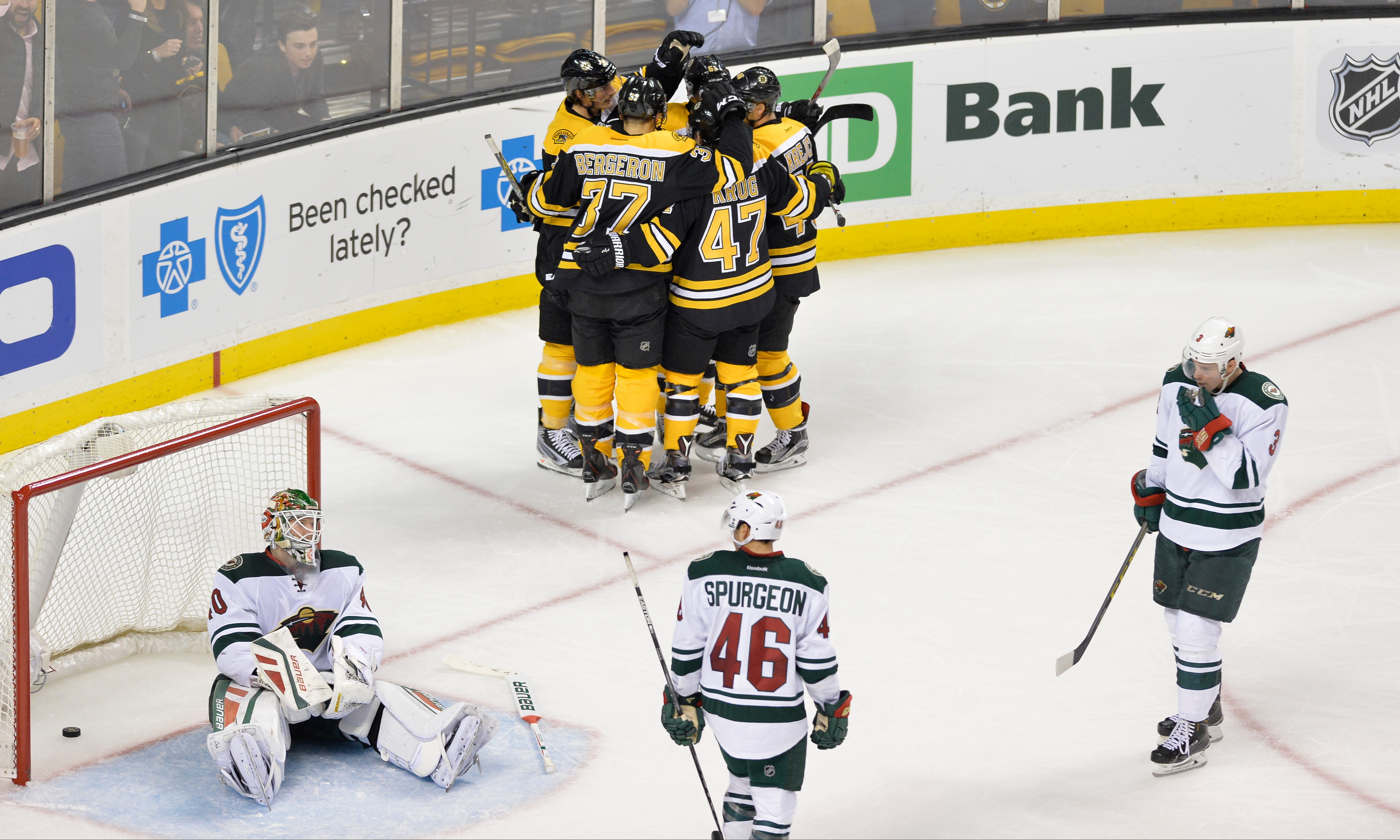 Anthony Garofalo
Boston Bruins
November 28, 2015 2
Another month in the books equates to another assessment for the Boston Bruins. This time around, we can put more of a positive spin on the progression of the team. The team wrapped up a rather light November from a scheduling standpoint, which included a five-game homestand. Unfortunately, the Bruins took only six out of a possible 10 points from those two weeks spent at the TD Garden.
Now that we can look ahead to the month of December (and that the players can shave those horrible moustaches), the Black and Gold have a chance to correct some of the things that have hindered them from separating themselves from the rest of the mediocrity in the Eastern Conference.
The B’s posted a stellar 8-2-0 record on the road through the first two months of the 2015-16 season. However, they have not performed nearly as well on home ice; Boston put together a 5-6-1 record at home through two months. Even in their current situation, the B’s are above the playoff line as of this writing.
From an individual standpoint, the players on the roster have stepped up their performance and will need to continue to do so as the season progresses. Tuukka Rask is certainly one of those guys, and needs to be going forward in order to live up to that $7 million per year contract.
With the way that the defense has been banged up and undermanned, Rask is going to face numerous shots every game and he is going to allow his fair share of goals. In fact, he made 39 saves this past Monday night against the Toronto Maple Leafs, which is a season high so far. Yes, he did allow three goals to a Toronto team that ranks near the bottom of the NHL in nearly all significant offensive categories. When it came time to stealing the game, Rask did just that. He made some huge stops down the stretch in overtime and in the shootout victory. The team does not need him to make every save, but he should be called upon to make THE save(s).
In addition, having a dependable backup in Jonas Gustavsson (5-1-0, 2.15 GAA, .920 SV %) is making his job a lot less stressful. Thank goodness.
Up front, the B’s look to be equipped with enough offensive firepower to propel this team up the standings. We all know about how well David Krejci, Patrice Bergeron, and Loui Eriksson are performing thus far, but how about the little rat himself?
Brad Marchand leads the Bruins in goals (10) and has shown that he can be a legitimate top-six winger in this league. He may be overshadowed by some of the top guns, but Marchand is picking up the slack while maintaining his edgy style of play. He is on pace to reach 30 goals this year.
On the blue line, Dennis Seidenberg has made an immediate impact since returning from offseason back surgery. He has skated in eight games this season, but has accumulated on average around 20 minutes of ice time per game. He has always had the reputation of being a workhorse and possesses the ability to be a minute eater. With Kevan Miller being placed on injured reserve, Seidenberg will continue to play a heavy role on the blue line. He has looked pretty solid since returning to the lineup, which is great news for the team going forward.
On Wednesday night, the Bruins showed their resiliency once again as they knocked off the Detroit Red Wings by a final score of 3-2 in overtime. Including the playoffs, Boston has defeated Detroit in eight of their last nine meetings. Frank Vatrano, who returned to the lineup after nursing a shoulder injury, netted two goals to put the B’s on top. With the win, Boston leapfrogged the Red Wings in the Atlantic Division.
To conclude the week, the Black and Gold hosted the New York Rangers on Friday afternoon for the annual Black Friday matinee at the TD Garden.
The game was evenly contested throughout with both teams displaying their “well-roundedness” as goals and hits were aplenty. The Bruins netted two late goals to take the lead for good and grab the 4-3 victory, handing the Rangers their second-straight loss for only the second time this season.
The Bruins will kick off the month of December with a three-game Western Canada road trip.