On Slava Voynov and Domestic Violence: Adding Nuance to a Hot Topic 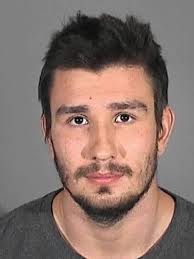 The headline of an article published on Boston.com today asks, “Why Are We So Mum On The NHL’s Response To Domestic Violence?”

The question grabbed me a bit more than usual. Just last night I took 15 minutes out of my evening to discuss the NHL’s response to domestic violence with Norm Rumack on SiriusXM Canada.

But hey, maybe I was missing something.

Turns out I was not.

To begin with, it’s a flawed question. Some of us are discussing the topic — on a radio station with more than 1.8 million subscribers at last count.

That might be a smaller audience than most Ray Rice-related dialogue, and the second paragraph of the story asks, “why aren’t we talking more about this”?

Well, the Kings’ general manager is talking about it today. People magazine has the story of the arrest on its website. The commissioner of the fourth-most popular league on the continent will surely issue a glowing statement about how he handled the matter at some point. (I suppose that describing the NHL as “the cellar dweller in terms of revenue and audience of the four major sports in America,” as Boston.com does, or “the fourth-most popular league on the continent” is as simple as bending the facts to fit your narrative. But when Gary Bettman makes more than $8 million a year, I have a hard time seeing the hockey glass as half-empty.)

Boston.com goes on to reduce the narrative to race, essentially arguing that we discuss domestic violence when it involves black men but not white men. That’s a topic worth exploring. But by lumping in Ben Roethlisberger with Voynov, and Ray Rice with Michael Jackson, the author avoids the nuance this story badly deserves. (In addition to a better, non-flawed headline.)

It’s gone almost unmentioned in the last 24 hours that the last two NHL players accused of domestic violence, Voynov and Avalanche goalie Semyon Varlamov, are both Russian. Varlamov was arrested and charged with kidnapping (a felony) and assaulting (a misdemeanor) his girlfriend a year ago in Denver. Is this a taboo topic, even for the press charged with tearing down taboos?

It might be the only thing the two cases have in common. Certainly the NHL has handled them very differently. Much has been written about how the league responded to Voynov compared to Varlamov (see here, here and here). Varlamov did not miss a game last year while he awaited a court date before the charges were dropped. Voynov has been suspended indefinitely.

Maybe the severity of Voynov’s penalty is why Russian diplomats intend to meet personally with Voynov in Los Angeles, according to a spokesman for the Russian consulate general in San Francisco.

To be clear: There are 19 active Russian-born players in the league, according to hockey-reference.com. Only two have been accused of domestic violence that I know of. My intention is not to promote xenophobia. But Varlamov’s victim made a pointed allegation. Specifically, according to the Denver Post, she testified that the goalie said “if this were Russia, he would have beat her more.”

That testimony is a year old, but maybe we should be talking about it today.