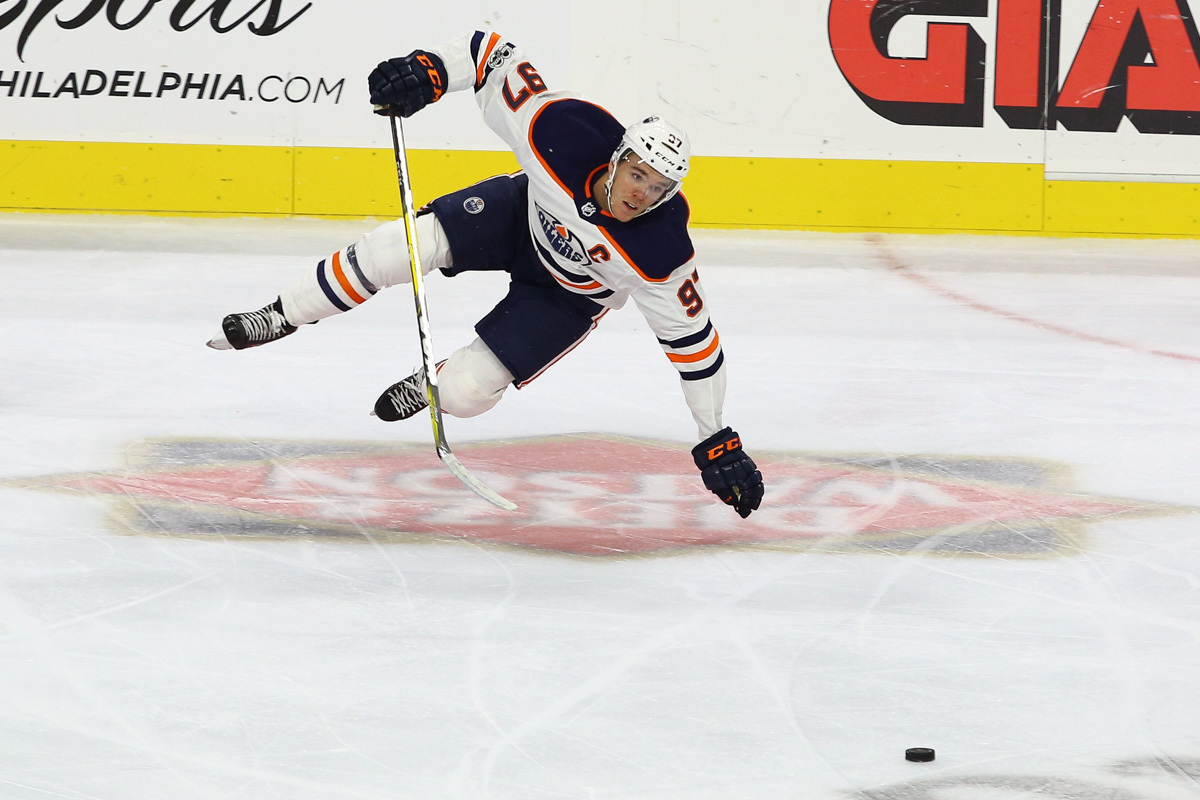 It looked to be a boring game with few shots and an easy win for the home team in Los Angeles Wednesday night. The Kings opened a lead with just over a minute gone. Here’s the situation: right off a faceoff, the puck went from center to Kyle Clifford. He zipped a wrister from the top of the circle and beat Cam Talbot.

Now, Kings’ fans love Clifford for lots of reasons, so this isn’t meant to be offensive, but when you, as a goalie, let that one in to start your night, you’re probably looking for a long, slow evening.

Talbot did it again with about one minute gone in the second period, allowing an Adrian Kempe wrist shot to elude him from the right faceoff dot on a rush that was set up by sloppy puck clearing work by the Oilers. 2-0, and the Kings had recorded only a handful of shots. Oscar Klefbom was the one guilty of the poor clear. The puck had gone to Drew Doughty, who passed it ahead to Kempe.

The assist marked the 300th of Doughty’s career to go along with his 100 goals.

But that’s about where the fun stopped for LA, at least until late in the going. The Oilers at one point in period two were outshooting the Kings 13-1, and with exactly five minutes left in the period, the shots in total were 18-8 for Edmonton. The score?

All even. The Oilers had gained one on the power play, and the other, well, it’s one of those plays that lingers in the mind, and will linger, probably forever.

Connor McDavid and Jujhar Khaira collided at the Kings’ blueline with the play going the other way. McDavid took a minute, got to his knees, and then glided back towards his zone. But not too far, because the puck came out to him. He wheeled with it, went into the Kings’ zone one-on-one with Drew Doughty, and circled wide to the right as he went to the net.

As he got close, he picked his spot, firing between Doughty’s legs and underneath netminder Darcy Kuemper to tie the game. Call it a snipe. Just don’t forget it. This guy is scary.

McDavid said after, “I was a little bit late on the play. Just getting up. Saw the puck was coming back up and just tried to get the shot on net.” It was way, way better from a distance than that.

The Kings did work the offense a little harder in the last several minutes of the period, getting the shots to 18-11 by the end. But they weren’t in control as they had been with the Oilers coming out so slowly in each of the first two frames.

The Oilers were no house on fire in the shots department in period one, posting just three. But they added 15 (you’ve already done the math, I’m sure) in period two to make the numbers look more respectable.

Period three saw the Oilers control the puck, and the game, early, but then, inexplicably, let down. They ended up losing 5-2, with the last two goals going into their empty net. The shots to end the night were 28-27 for the Kings.

The game winner came at 14:33 of the third, on the power play. Paul LaDue, rookie defenseman who now has two goals, both game-winners, got the tally. It was off a shovel pass from Trevor Lewis. LaDue took the shot with Pearson directly in front of the goalie, but out of the crease. The puck zinged past the long side, the stick side of Talbot. The Oilers challenged for goalie interference but were denied.

After, their coach said, “I wish we had been playing this game two weeks ago, because I think it would have been different, but they made the call, and we took a chance. It went against us.”

The Oilers would have fared better but for the posts. Three times on one play early in the third, they hit the pipes. Coach Stevens commented on that after the game: “The post was a good friend of ours tonight. I thought they had some really good chances. . . . One sequence they hit at least two posts. We’ll take it.”

Edmonton let down as the period wore on. The team’s play was discussed after the game. McDavid said, “We get the question all the time. I don’t know what it is. Sometimes we’re great off the top. Sometimes we’re a bit sluggish. Obviously tonight we weren’t great off the hop, but we found a way to get ourselves back in it. We just came up a little short at the end.”

His coach was not so matter-of-fact in his assessment. McLellan said, “I thought we started a little bit slow, getting scored on off the faceoff loss isn’t obviously something we planned or wanted. We’ve been through that scenario too many times this season, and then after that, our penalty kill did its job in the first, but we weren’t allowed to create much offense because of that. I thought in the second we did a much better job. In the third, it was anybody’s game. We had a couple of really close calls, post to post, crossbar, and then the post again.”

He added later, in response to a question about how the team keeps getting down, then crawling back into games, “That’s a very clear and evident point. I could agree with you, but that’s all I’m doing is agreeing with you. That’s not going to help us when we give up a goal on the first shot.”

“That can’t happen as many times as it’s happened during the season,” he finished.

The Kings now play a long road trip, including two back-to-backs. Goalie rotation will be crucial.

Read Mixing Memory and Desire: Why Literature Can’t Forget the Great War. Or tweet about it. Just do something!