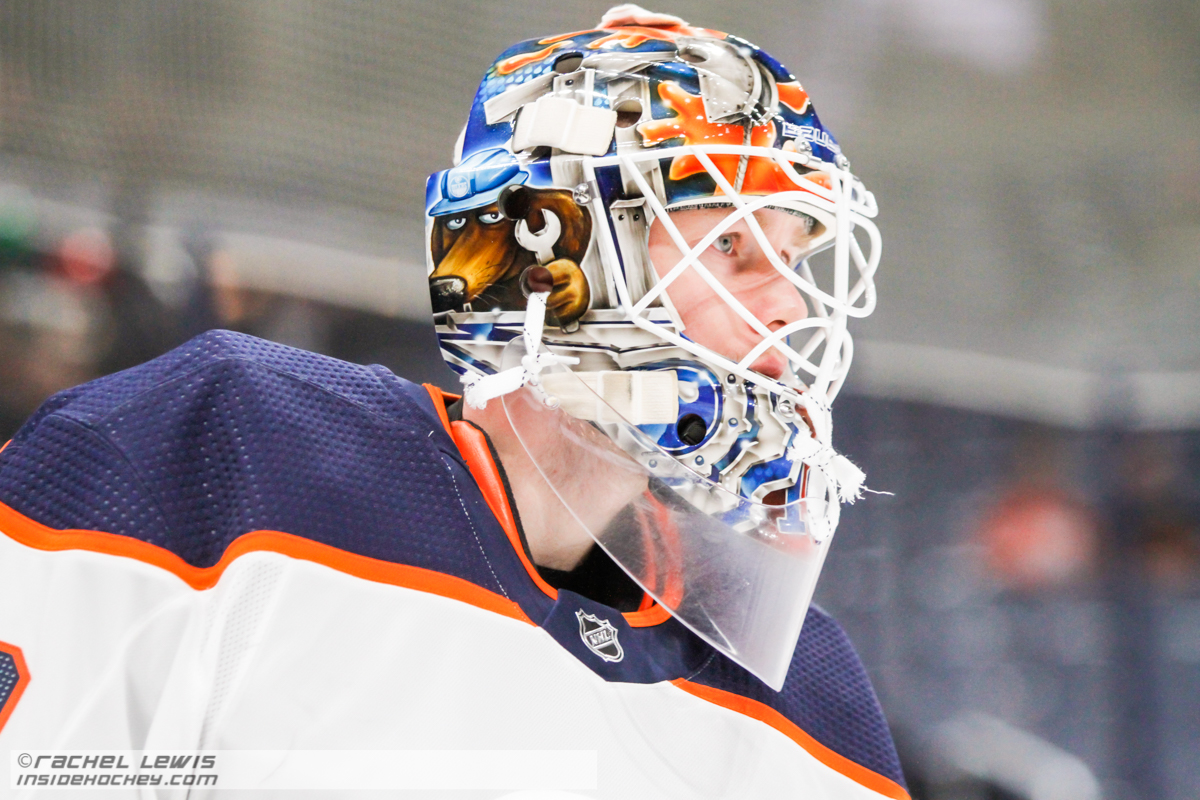 Sloppy, sloppy, sloppy. That seemed to be the mantra of the night at the Ducks home arena on Sunday night with Edmonton in town.

One indication—the number of penalties taken by both teams. The Ducks had four and the Oilers five. None were for more than two minutes. An indication of how things had gone for the Ducks, who lost 6-2, was seeing Ryan Getzlaf trooping to the box with less than two minutes to go for putting a puck over the glass.

Another—oddly timed scoring. Though there weren’t any official shorties in the contest, the Oilers did score very close on the end of a Ducks’ PP in the second period.

They also got two power play markers, their third and sixth goals. To this point in the season, their PP has been lights-out, ranking second in the league coming into the night.

And finally, the iffy quality of the goaltending, at least in the Anaheim net. Oh, and on defense. Let’s start with the latter. Korbinian Holzer allowed the puck to get away from him as he headed to his net. It bounced off the side and was grabbed by Ryan Nugent-Hopkins, who tucked it up high on John Gibson. This was less than a minute and a half into the game.

The first one for Anaheim, which came a couple of minutes later and still with less than five gone in the period, was more or less the same but scored at the other end. Rakell, Henrique, and Silfverberg cycled the puck, and Rakell took it out front and put it over the goalie something like Nugent-Hopkins had just done to Gibson. Both defenses settled down after that, though the Ducks were no less leaky with the scoring chances, and the goals.

Things didn’t get better in the Anaheim net. Goal two was McDavid, heading down through center, cruising straight through Cam Fowler, and shooting low. The wrister went through Gibson, who was on a knee on the play.

There was also a goal nobody in the world could do anything about. Connor McDavid beat backchecking Silfverberg and kept going down the slot. He went to one knee and kept going. He eventually stood back up, deked, and flipped the puck over the goaltender.

Gibson had to be looking for help—anywhere. Bench, skies, whatever. None came. He finished out the game, taking six GA and doing it while facing 31 shots. Two were PP goals, as noted. Three were by McDavid.

Three goals. Hat trick, right? Well, this was his visiting building, but McDavid still got lots of hats tossed his way. Most were suspiciously identical and looked much like the camo-billed giveaway caps that every fan got coming into the building. Hmmmm. Maybe they werethose hats. OK, just messing with you. They were, and I’m pretty sure that lots of them were thrown by disgruntled Anaheim fans as much as celebrating Oilers fans.

Anaheim has now lost two in a row, three if you count an OT game. They have a season-long winning streak of just three games, and that was to start the year.

Coach Eakins had little to offer after the game. “They do have a couple of players there that, if you give them any room at all, the puck’s going in the net,” he began. “I thought that line [Draisaitl, McDavid, Kassian] really supported each other well. We can look at that line and try to take something from that.”

He also said that the Ducks’ power play was being worked on, and that they were “finally getting the amount of shot attempts that we want, and now we’ve just got to start getting them through.” He said they were getting frustrated but would keep working on it.

When asked, essentially, whether it was more a function of how the Ducks were playing than who they were playing, Eakins said, “It’s very rarely that you come out of a game and, whether you win or lose, you’re always looking at yourself. We can discuss the other team’s top players, but in the end, it always comes back to yourself.”

Meanwhile in the victorious Oilers’ room, Zach Kassian celebrated his goal and two assists, suggesting that the team’s PK was a key in the second period, since they took three or four penalties in a row. The Oilers have their moms on the road trip, and he said, “My mom’s waited a long time, nine years for this trip, so I know she’s going out with a bang. She’s going to have the time of her life. They’ve all worked so hard to get us through hockey growing up . . . we’re happy to have them, and they seem to be our good luck charm.” He finished with, “As I’ve said before, when she comes to games, I always seem to score, so I might have to move her in.”

Another Oiler who shall remain unnamed would later say that he also enjoyed having his mom on the trip, but that he better not say too much or she would take up the move-in idea.

The Oilers now have two wins in a row and four in the last six games. They depart for San Jose to play in two nights. The Ducks remain at home, hosting Detroit and San Jose Tuesday and Thursday.

Both Tuesday and Thursday, the Kings and Ducks are in action at home, a rare occurrence.

You can see my contribution to hockey history in a Saturday LA Times article. Look for “Bonded Together by Bleu” on page D5 and online.