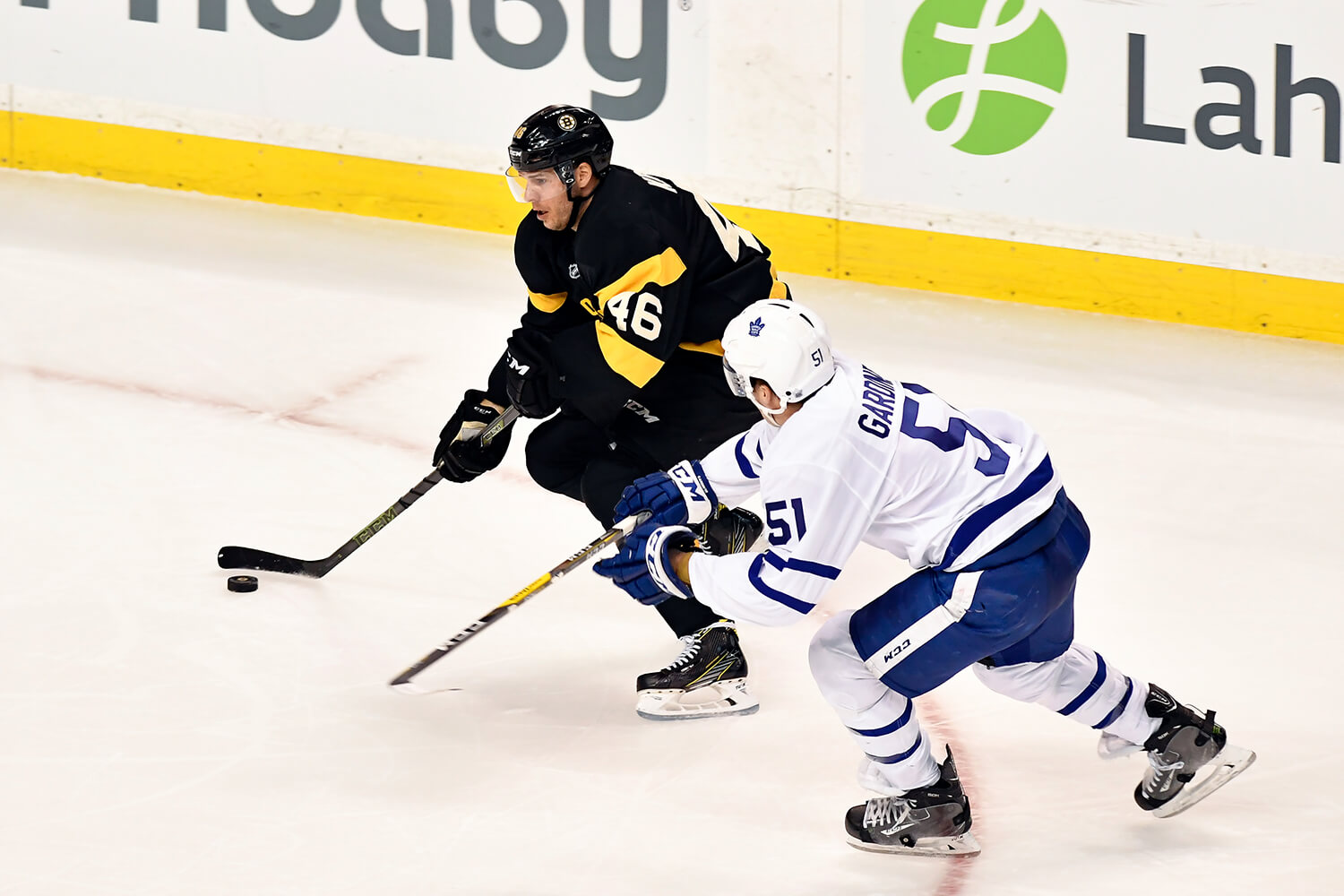 It’s more of the same for the Bruins at home.

After suffering a loss to the Colorado Avalanche on Thursday night, the Bruins were back at the TD Garden to face the Toronto Maple Leafs on Saturday. Like the Avs game, the Bruins fell down 2-0 early and couldn’t recover, eventually dropping a 4-1 decision.

“It seems like every game we’re out-chancing teams, but we don’t outscore teams. That’s where the biggest issue is right now,” said head coach Claude Julien. “Our scoring is not there and if you don’t score goals you don’t win hockey games.”

It was the third game in a row overall the Bruins trailed by more than one before they could get on the board as they trailed the Capitals in Washington before being able to force overtime and eventually lose.

Despite getting that one point, a comeback was not in the cards in the Bruins second straight home contest. Toronto only could get two pucks on net in the opening period, but Boston wasn’t able to get on the board until Brad Marchand wrapped a puck around the post and past Frederick Anderson. His eleventh win was the Leafs’ eleventh overall, and he is the only NHL goalie to have won all of his team’s victories on the year.

“I think it’s just being hungry,” forward Austin Czarnik said. “Obviously I want to score goals, I just have to will it in pretty much. The one-timer in the slot where I just completely missed it, that just can’t happen. That’s what I kind of mean by that.”

Boston is also now 1-5 in two goal games this season (there was an empty net goal at the end), and 1-9-2 when trailing after two periods. The Bruins have 22 third period goals all season, but struggle to come back once trailing. A 26 goal total in the middle frame suggests a team that needs to make adjustments following the opening period, but they still can’t create their own opportunities late.

The power play also continues to lack, at a 14% clip, which is 25th in the NHL following Saturday’s loss. Just 12 power play goals all season, they have allowed four shorthanded goals for a third of their man-up total.

The Bruins will head to Montreal to face a Canadiens team that put up ten goals on Colorado themselves on Saturday night.