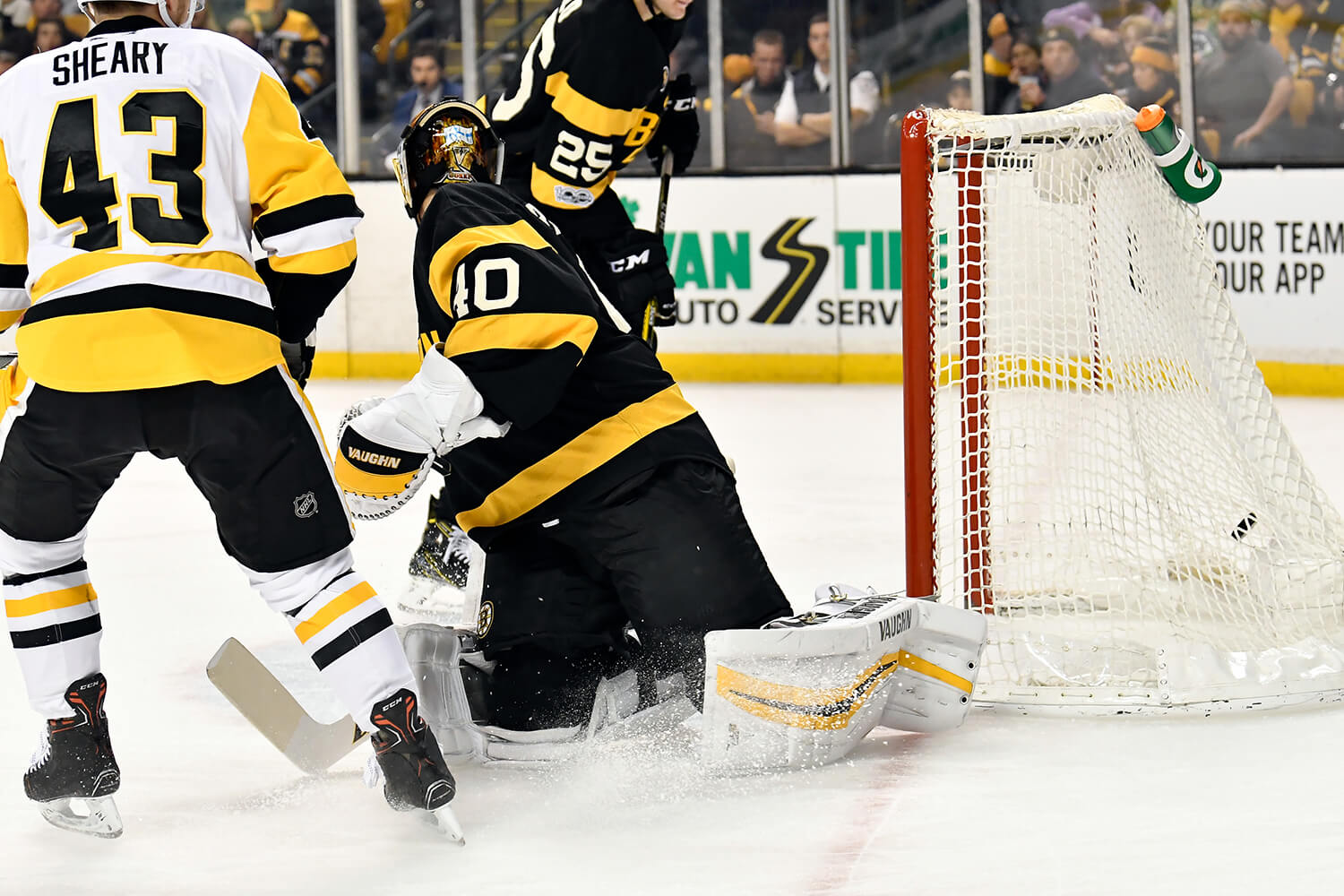 This past Sunday while the New England Patriots were dismantling the Pittsburgh Steelers in Foxborough, MA by a score of 36 to 17 to capture the AFC Championship, their hockey counterparts, the Boston Bruins were manhandled by the Pittsburgh Penguins 5-1. Fortunately for the Bruins, it was a regular season game and not a lose and you’re out playoff game. A mere four days later, the two teams would square off against each other again.

Defense wins championships (referencing the Patriots again, they’re going to the Super Bowl with the number one defense in the league) and although the Bruins have the ninth best goals against average in the league with a 2.56, their defense is far from championship caliber. They have five defensmen who have a negative +\- rating. The Bruins only have one defensemen on the positive side Adam McQuaid who is a +2. Ryan Suter, who plays for the Minnesota Wild, leads the league with a +27.

Although the Bruins ended up squeaking out a 4-3 victory against the Penguins on Thursday night, it was thanks to their offense not their defense. In fact, the defense was shaky most of the night. Pittsburgh got out to a 1-0 lead when Bruins defenseman Brandon Carlo inadvertently tipped in a centering pass from Penguins forward Justin Schultz.

“We need to be patient with some young players and the mistake he made, it goes off his stick and it spins in the net,” Bruins coach Claude Julien said about rookie defenseman Carlo.

Carlo would leave during the third period and not return with what is being labeled as a lower-body injury.

“I don’t know, actually. I really don’t know,” said Julien when asked about Carlo’s injury. “For some reason I didn’t even see what happened to him, and first thing I found out from our trainers was that he wasn’t coming back.”

Former Bruin Phil Kessel gave the Penguins a 2-0 lead when he was left wide open in the slot and buried a one timer past goaltender Tuukka Rask.

All-star forward Brad Marchand got the Bruins on the board with his league tying third shorthanded goal and tied the game at 2-2 less than five minutes later. The Bruins fed off the momentum and Riley Nash gave the Bruins a 3-2 lead going into the third period.

“Marchy’s goal really gave us momentum that we needed and kind of made us relax a bit and play our game,” said Bruins center Patrice Bergeron.

Bergeron would add the Bruins’ forth goal less than a minute into the third period.

The Bruins are off for the All-Star Weekend and will play the Tampa Bay Lightning on Tuesday, January 31.