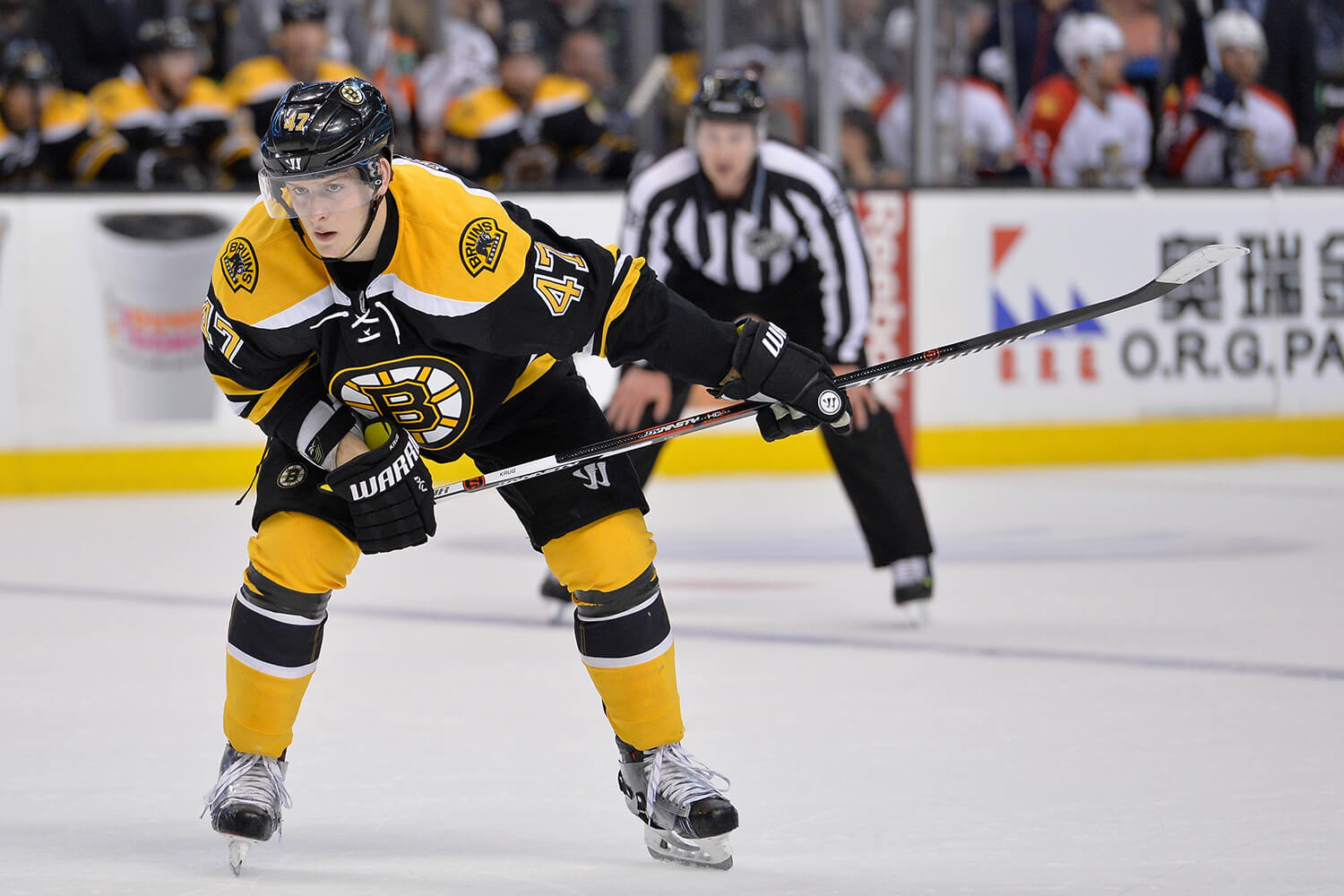 The next time the Boston Bruins take the ice at an NHL rink, it won’t be another tune up. The Bruins will face the Columbus Blue Jackets, a familiar foe after two pre season tilts, including a loss last Thursday night. With an off season that brought more questions than answers, the Bruins are still yet to be defined by an identity heading into the season.

Austin Czarnik and Danton Heinen likely earned themselves roster spots after impressive pre seasons. The Bruins need to get younger, and Frank Vatrano will miss the first three months with a foot injury after exploding onto the scene last season. That hole may be what gives Heinen, a graduate from Denver, a chance to make his mark.

Czarnik meanwhile could fill the hole of Chris Kelly, who signed back with Ottawa in the off season. The 24 year old Miami grad has played the past season with Providence and has shown to be an ample penalty kill option.

David Pastrnak is in a contract year and given three solid options at center he can play with, he should be able to build off his 15 goals from last season. The 21 year old should be given more opportunity on the man advantage, and could become one of the most dynamic players on the roster.

The speed of the young players has been something the Bruins have lacked in their reluctance to adapt to the new NHL. Ryan Spooner, who was impressive last season with the Bruins, scored the game winner in overtime of Boston’s final pre season game against Philadelphia on Saturday. He’s proven to be versatile, and if he can play the wing he would be a top six forward on the roster.

The talent is there for the Bruins to use, now it’s just a matter of if they are utilized.

Bottom of the Barrel

Could Jimmy Hayes actually be on the outside looking in? After an abysmal first season in Boston, it might be time he has to earn his role back on the time.

Dominic Moore is a lock to make the roster after signing as a free agent, and Noel Acciari has shown himself to be an adequate player with a decent pre season of his own. If Sean Kuraly finds his way onto the roster, that could leave Hayes in the role of an extra forward.

Zdeno Chara is now 39 years old and has lost more than a step. Dennis Seidenberg was bought out in the off season. The Bruins defense core is a hodge podge of talent and potential, but also full of risk. Adam McQuaid hasn’t proved he can stay on the ice. Kevan Miller hasn’t shown he can be a consistent defender, and Joe Morrow and Colin Miller did not get consistent ice time last season.

That’s why the Bruins tried out Christian Ehrhoff, the former Buffalo and Vancouver veteran who played in the final few pre season contests. Ehrhoff had an impressive run with Team Germany in the World Cup of Hockey, and at the least has put on the pressure in the Bruins initial group of seven headeded into the pre season.

Torey Krug is an excellent offensive defenseman, but is being counted on to be the number one or two. He is going to be relied on heavily, especially is the rest of the defense doesn’t come together.

It wouldn’t be shocking if Rob O’Gara or Brandon Carlo get a shot at the roster if there are struggles or injuries later on. But for now, this is the group they are sticking with.

How important of a season is this for Tuukka Rask? After not being able to go in a must-win against the New York Rangers to end last season, it certainly feels like this season could be vital for Rask’s future in Boston.

With a potentially shaky defense, the Bruins need Rask more than ever to compete for not just a deep playoff run, but a post season spot. It’s hard to expect anything of this defensive group, so anything that they contribute is gravy. That means Rask is going to have to have possibly a career season for the Bruins to get back on track.