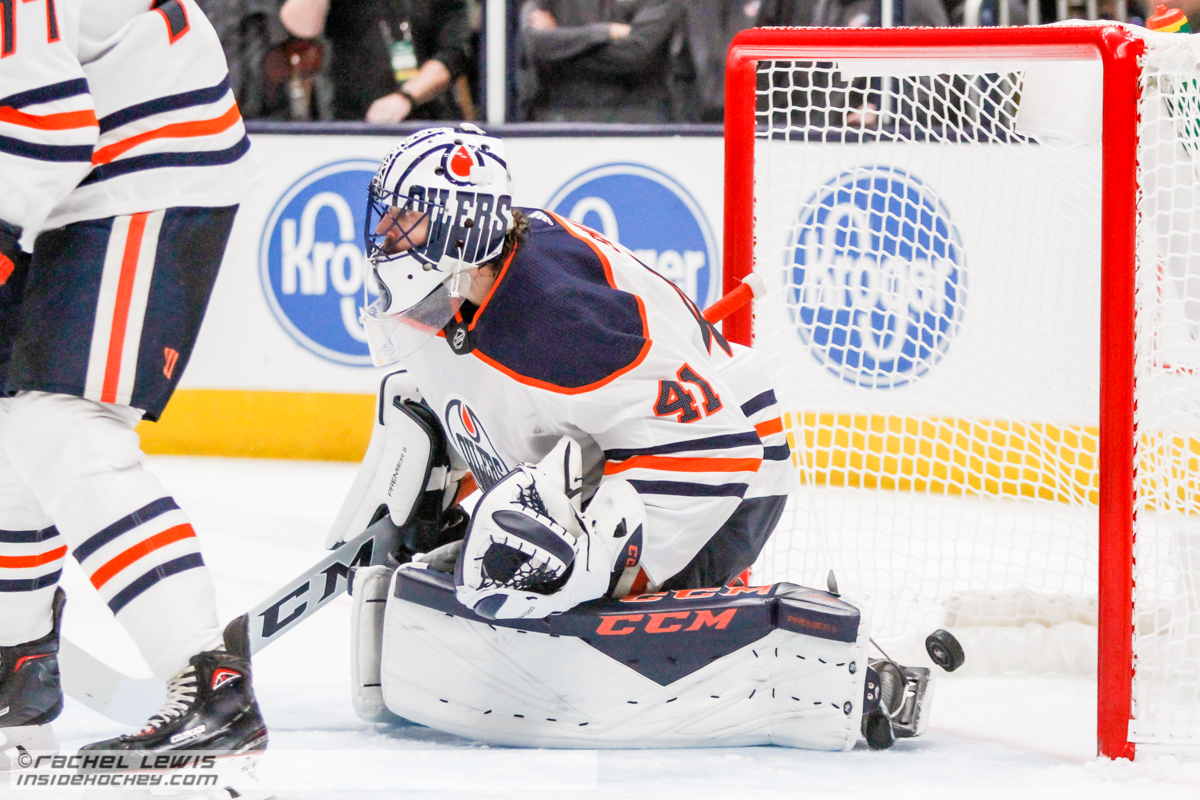 Overheard on the elevator on the way to the dressing rooms after the Kings beat the Edmonton Oilers 5-1 Thursday night at Staples Center: “I knew they [the Oilers] were sleepy on the second shift.” This from a hockey insider, and he was right. From the get-go, the Kings had the jump. Kind of an understatement when they got a goal from Tyler Toffoli at 1:32 at even strength.

Toffoli would later add his sixth goal of the season, on the power play. That happened at 17:01 of period three, assisted by Carter. The first one was a streak down the left side and a wrist shot labeled for the top corner.

Shortly after this, Jonathan Quick recorded a nice save on a mini-break by Joakim Nygard. It wasn’t a crucial moment, not yet, but looking back after, it would have made a definite change had the Oilers tied it up.

As it was, the Kings were strong to the end. Several Kings had multi-point nights, including Doughty with three assists, Amadio with a goal and an assist, Toffoli with an assist to go with his pair of goals, and Carter, with a goal and two helpers.

Notice, too, that the people doing the scoring (Kopitar and Brown also each had a single point, the former on a goal, the latter on an assist) were the top players. Depth scoring? Not on this night, with the exceptions of assists by Prokhorkin and Grundstrom.

To resume game action: the Kings jumped out to a 3-0 lead on the strength of another goal at 14:21 and a last-second marker to end the first. That one had the superstar McDavid giving a puck away to the Kings and then watching while Jeff Carter went to the net, squibbed the puck, and got a rebound he could direct behind goalie Mike Smith. Smith would not come out to start the second period. Mikko Koskinen would take the duties, and he gave up two goals on 18 shots to round out the final two periods.

Smith, by the way, ended the first period, and his evening, with three goals on 12 shots against. The goal to end the second, scored with 2.5 seconds left, was his fault due to the rebound he allowed on the initial shot, but he wasn’t getting any help in front of him, either, as might be obvious by his numbers.

McDavid found himself on the ice for all of these first-period markers. He would later score, unassisted, to start the second, and then was not seen on the numbers sheet again.

Carter had had his 1000th game celebration/recognition happen at the start of the contest. He played the game last weekend at home and has been in one since, the away contest earlier in the week versus Arizona. This night, he got the prizes usually associated with a thousand games, including a vacation and a Rolex alongside a silver stick. Not a bad gig if you can get it, eh?

There was also a donation made to an animal charity that Carter’s spouse supports. His kids were also on the ice before the game to be recognized, and in the room after the game, oblivious to how well-regarded their dad is. It’s easy to be that way when you’re under five.

The Oilers jumped back as the second period started, scoring 38 seconds into the frame. The Kings’ coach, Todd McLellan, was asked about this after the game ended. His response highlighted the resilience of his team in the face of challenge. “We’re becoming more resilient. We’ve talked a lot about the bump-up shift, the shift after a goal. The first ten or fifteen games, the first ten games, it was costly. You could feel the shoulders go down and the belief or the air in the team go out. Now we’re able to believe a little bit more. We’re able to stick with it, win that next draw, get back in the other team’s end and push back for a little bit.”

The Kings outshot the Oilers by 30-26, had many more shot attempts, and outhit them. They also won the faceoff battle, barely, at 51%. The only statistical category the Oilers won was giveaways. The Kings were a leaky 16 on this number, with the Oilers giving the puck up only six times.

Afterwards, McLellan was happy for Carter and commented on the versality of his game every night. He had one funny comment, “He’s a utility guy. He’s played, he’s probably played defense at some point, but I don’t think he’s played goal yet, and we don’t need him to do that. But he’s a trusting guy who you can put out every situation, every scenario, understands the positions and the roles and responsibilities that go with it. Has the ability to check, the ability to provide offense. A complete player. We’re fortunate to have him right now. He’s having a [heck] of a year.”

He had earlier commented on the matter of the team and the win: “It was what it needed to be. It was a true team win.” He cited the goaltending and the team’s depth, including the power play goal. “It’s something we can feel happy about. We can see progress.”

“Our group doesn’t play from ahead all that often . . . but when it comes to [Draisaitl and McDavid], you can’t take your foot off the gas. I think we did really good job of checking them most of the night. We’re pleased with that and with some of the structure that we used.” He later said the Kings had a game plan and that their play was “all within our structure. We weren’t wandering out of place to do things.”

This makes four wins in five games after the Kings started out so brutally, with just two wins in the first seven games of the year. Their last ten games have seen them gain five wins and an OT point. Not fantastic, but progress, as McLellan suggested.

The Kings play at 1pm on Saturday. The Oilers now move on to Vegas and two more road games.