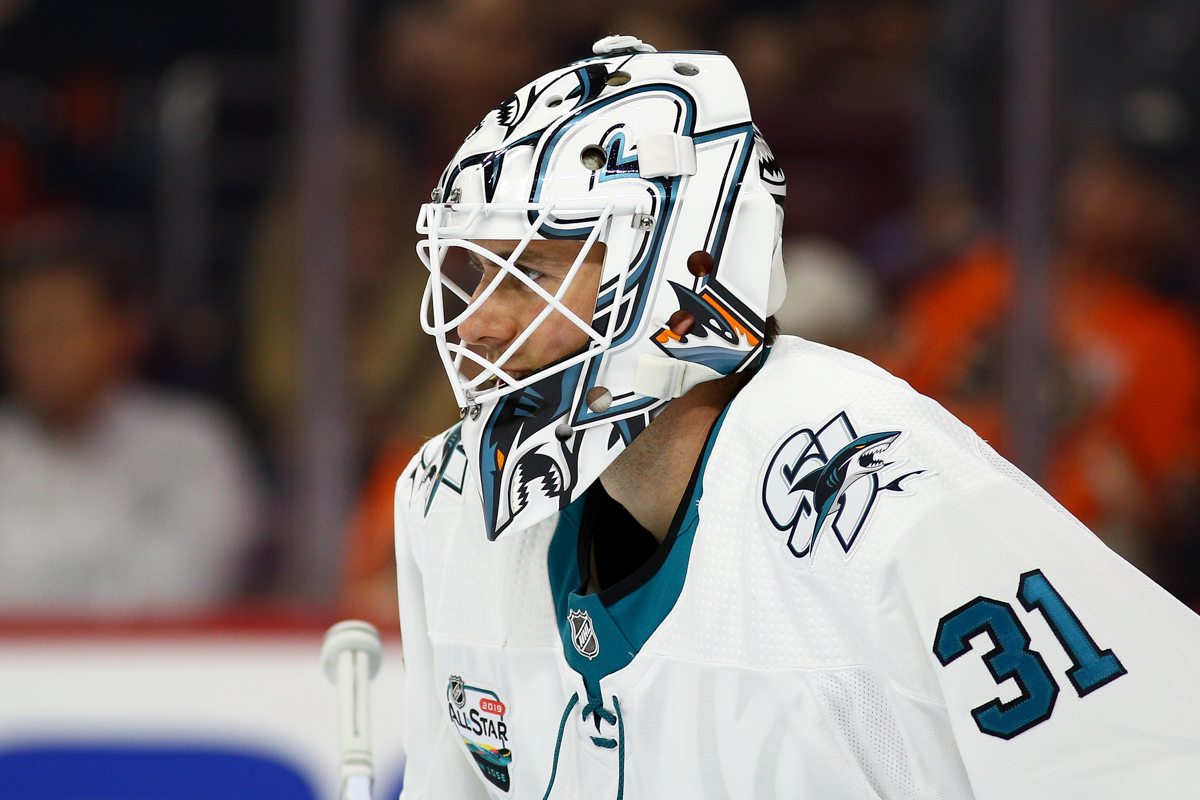 The LA Kings have allowed the first goal in ten of their 12 games this season. One of those was Tuesday night, when with less than two minutes gone, they were down to the San Jose Sharks in LA. They would end the period down by two.

Meanwhile, the cross-town Ducks were dropping a 2-0 lead in period one in Las Vegas. The difference there? The Vegas team is supposed to be superior, a playoff team in the West. The Sharks are a rattled group, having just this week gained permission to go back to play in their home arena, and a team that thus far has had a run-and-gun, system-light approach to the game which has netted them a losing record and a -9 in goal differential, the same as Anaheim and two worse than the Kings’ -7.

Speaking of goaltending, it was Ryan Miller starting for Anaheim, Cal Petersen for LA, and Martin Jones for the Sharks. The Vegas squad had Mr. Fleury in the cage.

The first goal on the Kings’ netminder was not his fault. The goal by the Sharks saw Timo Meier about as all alone in front as you’re going to get. He buried it.  The second one had Couture all alone on the right side of the net. No chance Petersen, even with a massive split-stretch to try to get over there.

The Sharks outshot the Kings 12-4 in period one. Not much is going to go well when that’s your shot total. Dustin Brown addressed the start several times in his post-game comments. “It was a good game after the first. Our whole team did not show up in the first,”  was one thing he said.

To be fair, the Kings are missing some guys on the backline. Sean Walker and Matt Roy notably went down in the same game recently. And they’re featuring a bunch of kids up front, including Lias Andersson, Jaret Anderson-Dolan (who scored his first NHL goal against the Golden Knights on Sunday) and Carl Grundstrom (not so young maybe at 23 but mostly his experience in Sweden and the AHL to date). One could name others—just look at the playing lineup.

One more note on the above: The Kings also have Blake Lizotte, more than a speedster but  currently on the shelf due to Covid protocol, and Andersson, it should be said, was the Rangers’ first-round pick, #7 overall, in 2017. So maybe the answer to the question, “When will they win again?” is “Not now, but someday soon.”

When the Kings did finally score a goal, it  was a  spectacular one.  The puck came up from the corner from Brown to Iafallo, who then put it up to Kopitar at the far blueline. He sped down the zone and launched the puck up and over Jones. A beauty.  The game was not halfway over, and the Sharks didn’t help themselves when Timo Meier took a penalty directly  after the Kopitar goal. Still, the shots were tilted San Jose’s way:  17-6. The power play yielded three shots, but no scoring.

Still, LA was controlling the breakouts from their zone, if not finishing in the other end just yet.

Meanwhile, a quick channel change to the Vegas-Ducks game showed that the Ducks were on the board, while the score was still a -2 deficit, 3-1. The shots were 16-10 in favor of the home Knights.

The Kings continued to press, enjoying another PP with about five minutes left in period two. The shots began 17-11 for the Sharks. Kopitar had a chance straight down the slot, firing a shot off Jones’s shoulder, but that was it. The team did not set up effectively otherwise.

The Sharks, after that chance, made a sloppy change and ended up with six players on the ice. The next PP started with 2:23 to go and the shots 19-13. Jones made a spectacular save right off the bat, then a leg save off a slapshot from Kempe, covering the point. Dustin Brown sat on the doorstep, and he buried it.

So in the space of a period, the Kings had turned it around from 0-2 to 2-2 and from low-skill to high. What had been said in the locker room between periods? Jarret Stoll, retired Kings’ player, said between P1 and P2 that it wasn’t necessarily anything the coach would say. The veterans themselves would do the talking. Whoever opened his mouth, it worked.

Could they hold it? And what was Anaheim doing? They allowed a fourth goal, a sneaker that went through Miller’s arm. They faced a 4-1 deficit going into P3. If you thought that meant trouble, well, you’d be wrong. The Ducks got three goals in the first 9:59 of the third. Tie game.

Meantime, the Kings’ game centered a lot on Gabe Vilardi. Vilardi, Carter, and Kempe in period  three were a strong line, and they created one great odd-man rush. Brown said of Vilardi, “Quite honestly, he probably should have won the game for us. He made a great move, and Joner [Jones]  made a great save on it.”  This was speaking of overtime.

Overtime? Yup, the Kings were under siege in the last two minutes, and they finally yielded when Evander Kane had a shot and a couple of rebounds and put one past Petersen, the puck shooting off Kane’s stick on a jam and up into the top of the net.

The tie was nearly broken when Vilardi got a couple of great chances from behind the net in OT. He then went back on defense and scooped a puck in an empty Kings’ crease to save a goal. It was all for nought, because the Sharks won in shootout, ending the game 4-3.

Patrick Marleau equalled Jaromir Jagr in all-time games played at 1733. His next target is Messier at 1756  and then  Gordie Howe, 1767. Howe’s record does not include 419 games played in the WHA, a rival professional league that played from 1972-79. He returned from retirement to play in that league with is sons, Mark and Marty.

Drew Doughty was struck in  the  wrist by a slapshot in period three, retiring to the dressing room. No update was offered on his condition after the game.

Brian Kennedy is an accredited NHL media member and member of the PHWA. For the duration of the pandemic, he covers games from his SoCal home using team- and league-provided materials.