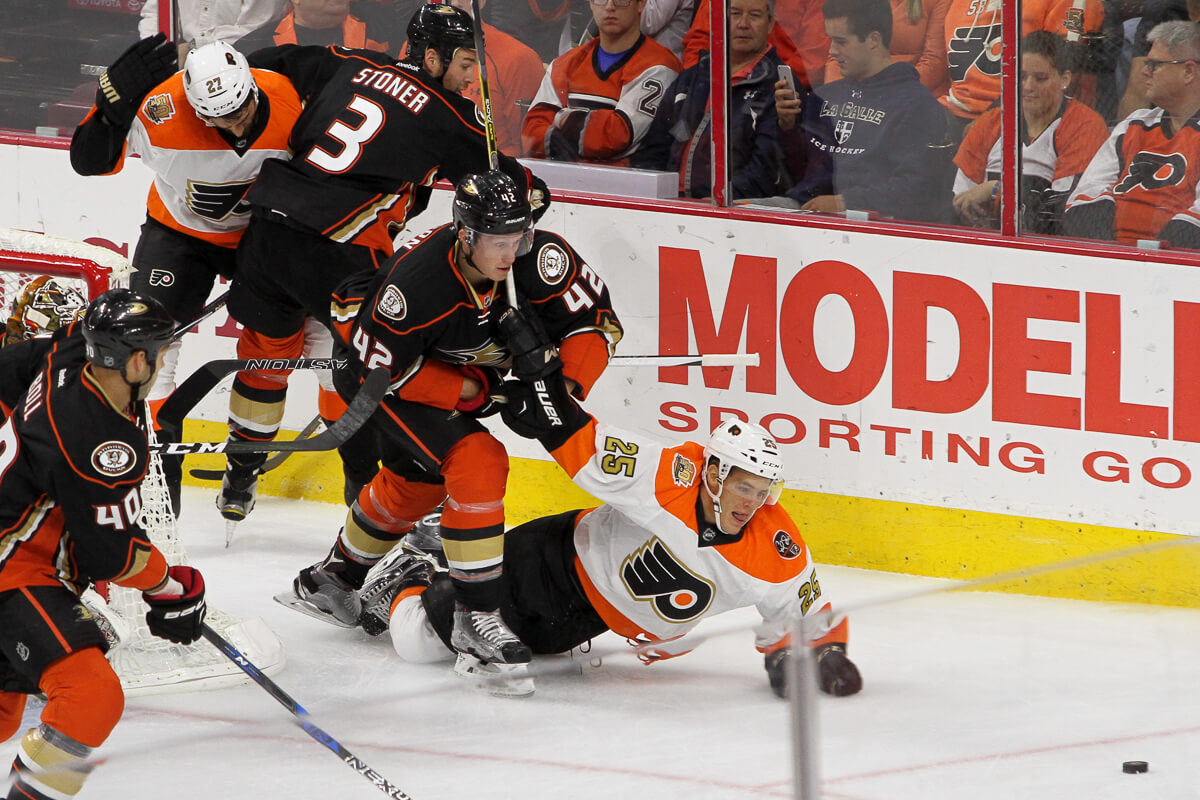 Boston has become a second home to many players lucky enough to lace up the skates in the city at any playing level. For Josh Manson, the former Northeastern Huskies’ defenseman has a special connection with Boston and the TD Garden.

On Thursday night, Manson and his NHL team, the Anaheim Ducks, will take the ice in Boston against the Bruins. With only one visit to the city a year, the Garden ice is a stranger to many of the Ducks players. But for Manson, it’s a homecoming worth waiting for.

“It’s fun coming back and seeing the sights I used to see,” said Manson. “I played here in the Beanpot a couple times and the atmosphere’s crazy. And I know the city of Boston and how much they’re passionate about hockey.”

Josh Manson’s journey to the NHL began playing junior hockey in his hometown of Prince Albert, Saskatchewan. With 35 points in 40 games for his hometown team, Manson earned the attention of scouts from high-profile college and junior programs.

His next move was to central British Columbia along the banks of Shuswap Lake. There he spent two seasons playing for the Salmon Arm Silverbacks of the BCHL.

After a frustrating rookie campaign, Manson came to life in year two, amassing 47 points in 57 games to lead the Silverbacks to the league semifinals. In that second year, Manson made the switch from forward to defenseman, one that would pay dividends in the future. Spending two seasons in Salmon Arm was critical to his development both on and off the ice.

“I learned a lot of the core stuff about defense,” said Manson. “The coaching staff really helped me with that. It was my first time living away from home. That was a big thing, just becoming my own person.

When it came time to choose the next step, Manson found his decision to be rather easy. The Canadian opted to play college hockey rather than major juniors and Northeastern University was his preferred destination.

“At that time, I didn’t know much about college hockey,” said Manson. “WHL wasn’t the right timing for me, I wasn’t quite developed enough. Going the junior route just gave me more time to develop my skills.”

Choosing college over an opportunity to play in the Canadian Hockey League, on the other hand, wasn’t easy for Manson. Although, it was a decision the Ducks defenseman is happy he made.

“For me personally it was about letting my body develop,” said Manson. “I was undersized and under-skilled. Just given that extra few years, I filled out and just became more of a man, I guess. That’s what got me ready to become the professional I am today.”

In 99 career games with the Huskies, Manson collected six goals and 15 assists. After a rocky first two seasons, Manson’s junior year saw the Huskies finish with a 19-14-4 record. The Huskies advanced to the 2014 Beanpot Final in which they incurred a heart-breaking, 4-1 loss to the Boston College Eagles.

Working hard to make himself a better player, Manson’s three years at Northeastern were crucial to his and the program’s development.

“It made me a better player so many times over,” said Manson. “When I came in, it was Jim [Madigan’s] first year there and they were resetting the system and the program. As the years went along it just kept getting better and better.”

With Northeastern winning the Hockey East Tournament last year at TD Garden, Manson got a special treat when he looked up to see his school’s banner adorned in the famed Garden rafters.

“The results speak for themselves,” said Manson. “Last year winning just shows what a great job they’ve done. I learned so much in my time there not only as a player, but as a person.”

Although he never got to lift the Hockey East Tournament trophy or the coveted Beanpot trophy in his time at Northeastern, playing in the annual tournaments was something Manson won’t soon forget.

“The student sections going back and forth and how loud it was,” said Manson. “That was the best experience I had here [at TD Garden].

Manson departed Northeastern one year early for the greener pastures of the American Hockey League. Spending parts of two seasons with the Norfolk Admirals, Manson finally cracked into the NHL lineup for the Ducks on Halloween in 2014 against Dallas.

For Manson, it was a long and arduous road to the NHL, but through much trial and tribulation, the defenseman earned his stripes and got the call he deserved.

“It ended up working out,” said Manson. “I got a good chance to go to college and I made it.”

In 2015-16, Manson completed his first full season of NHL play, collecting five goals and 10 assists in 71 games. This season, Manson is on pace for a career-high in assists, earning six thus far.

Ducks’ Head Coach Randy Carlyle has liked the combination of Hampus Lindholm and Manson last season and has chosen to stick with those two this year. He credited Manson for his defensive ability as the leader of that pair.

“It wasn’t rocket science because they were the top pair last year,” said Carlyle. “Hampus didn’t join us until the 15-game mark with a contract dispute so it took a while for him to get his feet underneath him. We just think that they’re just starting to develop into where they were last year.”

For Manson, tonight’s game means much more than a gritty contest in Boston. It symbolizes the culmination of his growth as a player back in the city that jump-started his career.