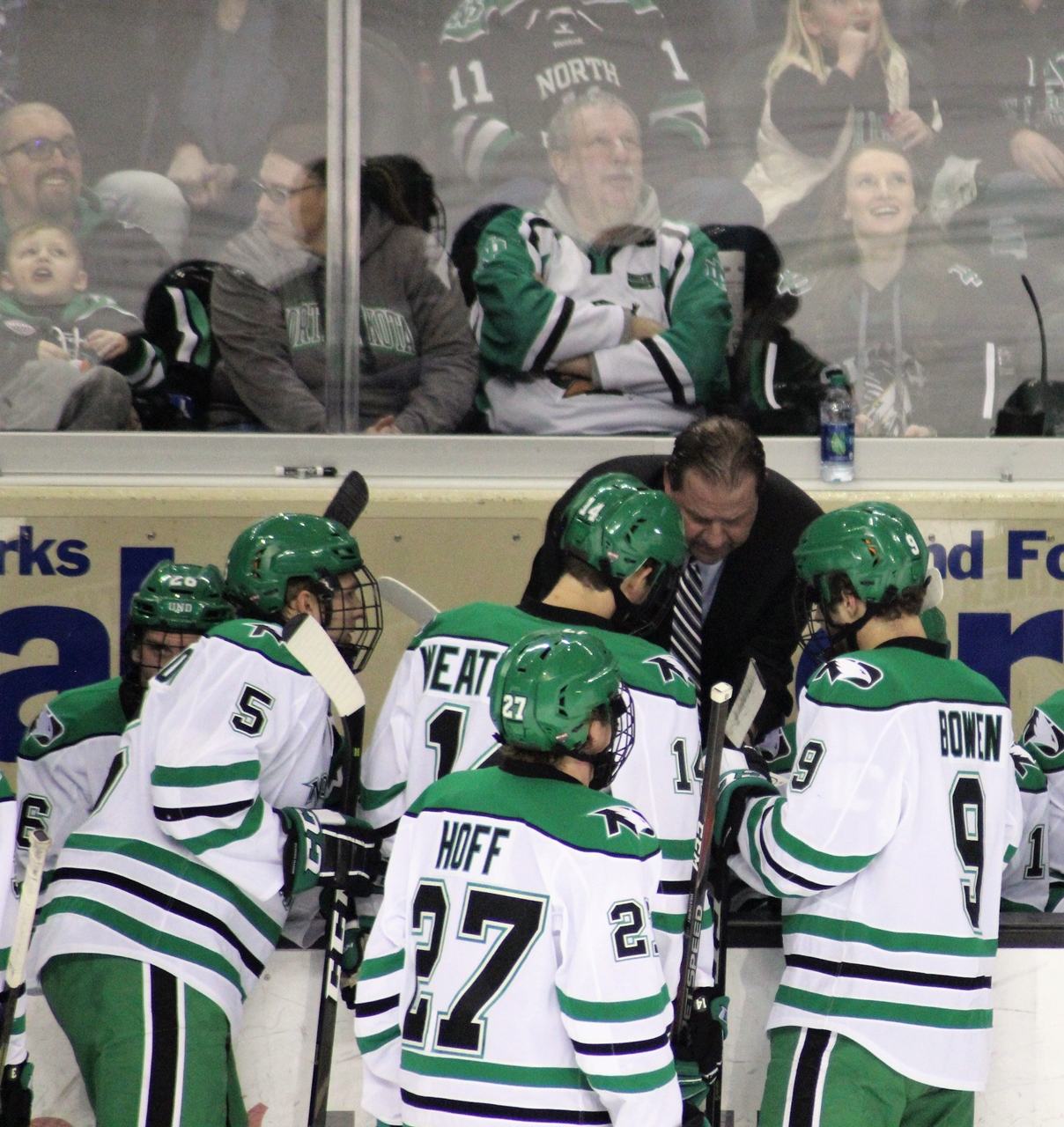 Grand Forks, ND — The University of North Dakota beat Colorado College 3-2 in overtime again to gain an important conference sweep. This was the third sweep of the season and the first conference sweep. Last season, UND had three sweeps all season long. With the win, UND improves to 11-9-1 and 5-5-0 NCHC. This weekend, UND heads to Omaha, Nebraska to take on the Omaha Mavericks in an important two-game conference series.

From Brad Schlossman of the Grand Forks Herald: Since December 25, UND has scored 9 goals. Senior forward Nick Jones has a point on six of them and has been on the ice for seven of them.

From the way back machine: UND SID Alec Johnson tweeted, the last time UND men’s hockey team swept a series with both wins coming in overtime was Dec. 19-20, 1969 vs. Denver.

With three sweeps, UND has already equaled last season’s sweep total. UND travels to Omaha to take on the Mavericks. Last season, UND went 4-2-0 against the Mavericks including 1-1 at Baxter Arena.

With the win, UND sits at 23 in the Pairwise Rankings and 17 in the KRACH.

UND is ranked second in the nation in total Corsi 59.6 (percentage of shots versus opponents. They’re also ranked fourth overall for even strength 57.5. Finally, UND is ranked first on the power play Corsi 67.4.