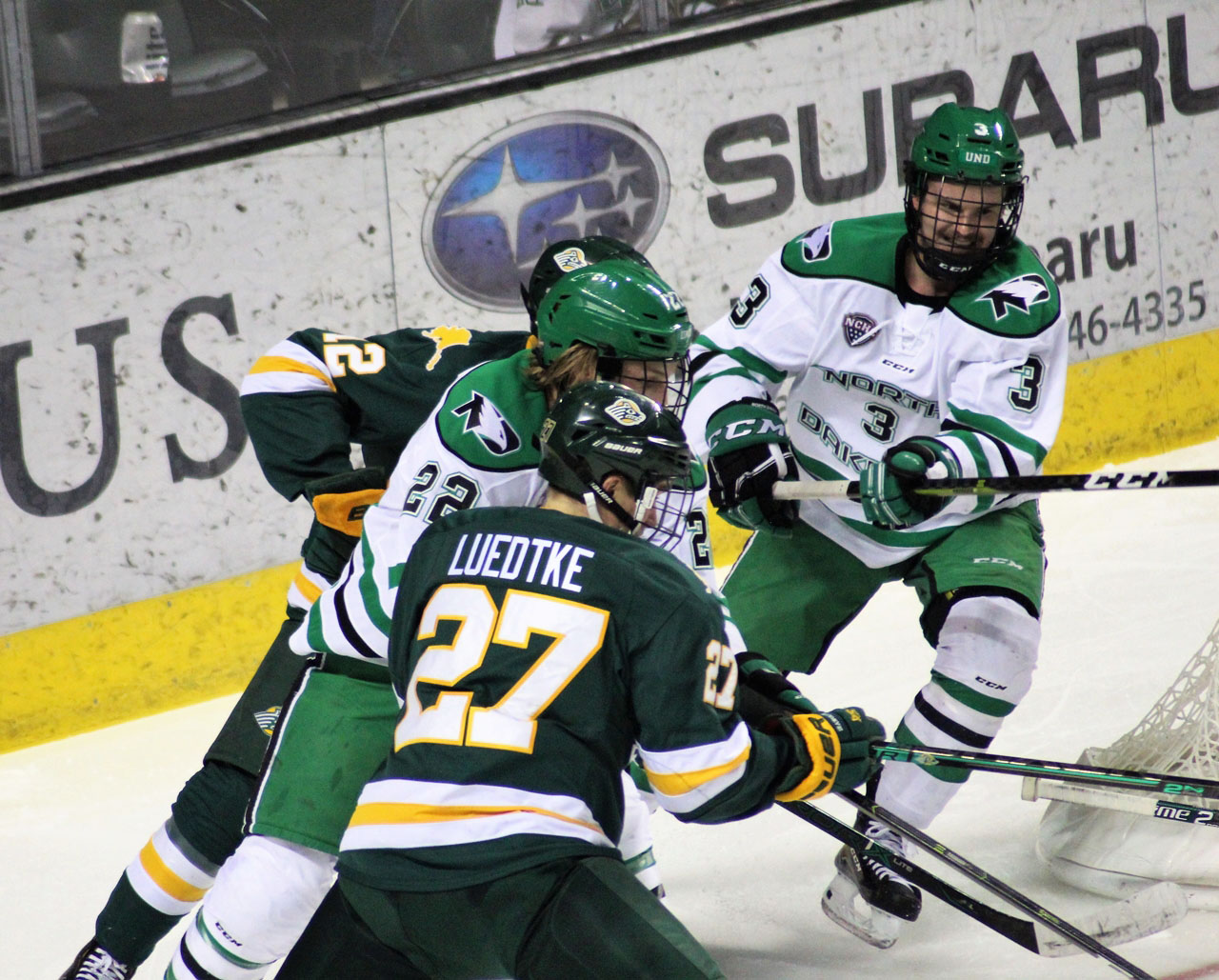 History hasn’t been kind to the Fighting Hawks on Black Fridays. Entering Friday’s game, UND was 0-3-1 in the last four Black Friday games at home.

“Yeah, we haven’t had the best record on Black Friday, but I think there was kind of a mindset more than that and was trying to get back on the winning way,” head coach Brad Berry said.

“I thought we played a full 60,” senior forward Rhett Gardner said. “It was a good bounce back from last weekend. It was pretty easy to get up for this one after what happened last weekend. I thought we answered though. We had to get a win and come back tomorrow.”

Again, it was goal scoring by committee. Five different players scored goals for the Hawks. Little used forward, Jackson Keane scored the first goal of his collegiate career and it was a beautiful goal.

“It was pretty cool,” Keane said. “I don’t know if I have words to describe it. It’s something you dream about for a long time. I was just happy to get into the lineup tonight.”

Congratulations to Jackson Keane as he scores his first career goal at UND to give @UNDmhockey a 3-0 lead over Alaska Anchorage in the 2nd period.#UNDproud @TheNCHC pic.twitter.com/POU31tJCP5

Hard Week in Practice Pays Off

Last weekend, UND was swept by the Western Michigan Broncos (2-0, 6-2). That didn’t sit well with the UND coaching staff. Monday, the Fighting Hawks went back to work and had some good, hard practices.

“I thought we came out strong you know after a hard week of practice,” Berry said. “Our guys had a good energy level. I thought we did a lot of the details that we needed to do. You know, again, the goaltender at the other end was making some saves but I thought we had some good looks to start the game and carried over through the 60.”

“Yeah, it was a work week,” Gardner said. “I won’t say it was a punishment. It was more just fixing what we had to and getting back to work. Back to details and what made us successful in that five-game streak.”