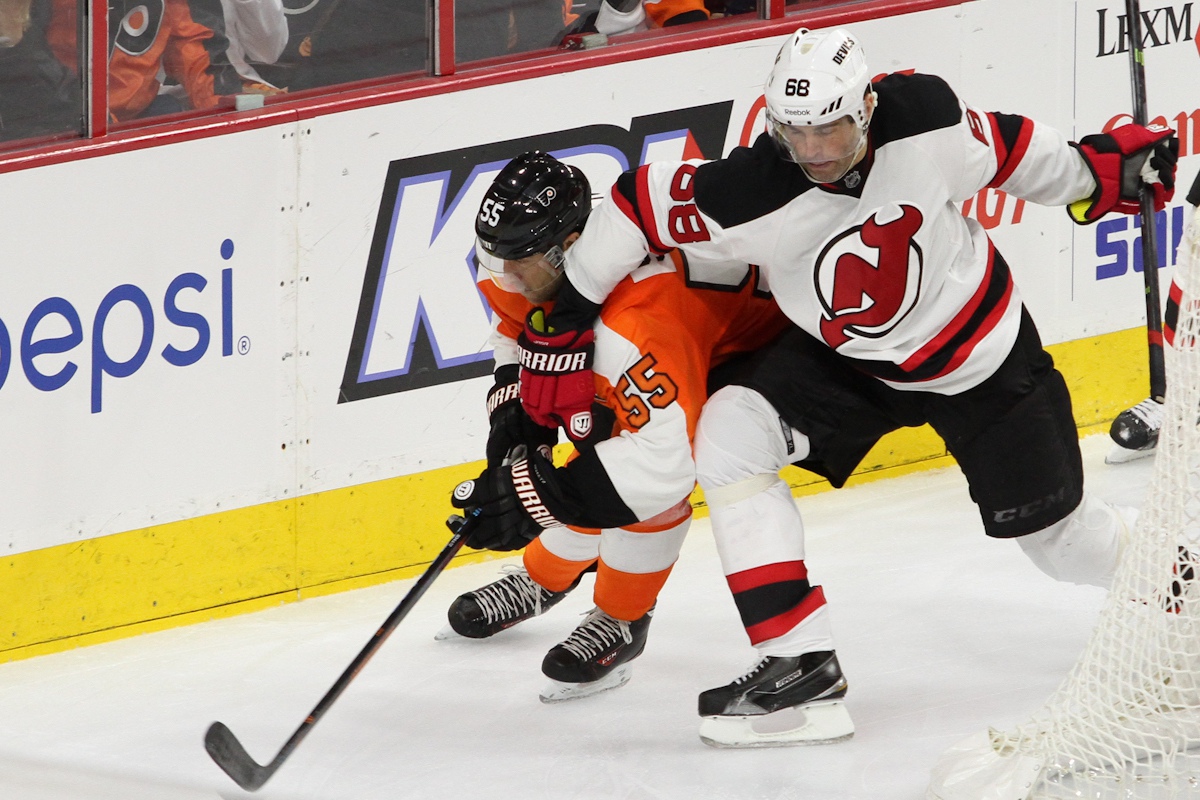 NHL Firsts Are Made of These

The last player to score his first career NHL goal in the Winter Classic was Danny Syvret, also a Philadelphia Flyer at the time, back during the 2010 Winter Classic in Boston during the Bruins’ 2-1 win over the Flyers.

“It’s nice to get the first one,” Schenn said. “It’s good to get it out of the way. It’s something I can build on…I’m going to keep on building on this and hopefully keep on improving.”

Schenn was the first to break the scoreless game at 12:26 into the second period. The Flyers were able to build off of that when Claude Giroux scored another one at 14:21. Thirty seconds later, Mike Rupp from the New York Rangers scored his first of two goals. Brad Richards would score the game winner at 5:21 in the third to give the Rangers a 3-2 win over the Flyers.

The comeback win put the Rangers first in the Atlantic Division.

If you were watching the Winter Classic, you would have noticed that the camera rested on the hockey legend Jaromir Jagr throughout the beginning of the game. He ended up leaving the game during the first period, returning in the second period, only to play 68 seconds and then sit out the remainder of the game.

Flyers’ coach Peter Laviolette was quick to respond after the game that he did not bench the legend.

Instead, Jagr informed the media that he has a new leg injury. This one is a new one, not an old one.

“I got hurt in the last game,” Jagr said of the injury. “There was a swelling in that muscle. Maybe it was because it was too cold and I couldn’t heat it. But when there’s a swelling in the muscle, you never know what can happen.”

Jagr decided to return to the game and sit on the bench for the remainder of the game, even though he knew that he wasn’t going to play.

As far as the gravity of the injury, Jagr responded that he would be back in the lineup soon.

Rupp had a good night, scoring the first two goals for the Rangers. After his first goal, he did something very reminiscent to hockey fans everywhere…he performed the Jagr salute.

When Jagr was asked what he thought of Rupp’s salute, he replied, “I don’t really pay attention to that stuff. He decided to do it. I mean, he scored, and it was a good goal, too.”

Rupp’s second goal celebration was very reminiscent of P.K. Subban’s celebration. Whether Rupp was trying out a few borrowed celebrations in order to find his own, fans are responding awkwardly to both. Then again, Rupp isn’t known to be a goal scorer…considering these two Winter Classic goals were his second and third goals of the season.

Let’s just hope Rupp either finds his own way to celebrate rather than becoming that guy who steals everyone else’s celebration traditions.

The Pittsburgh Penguins wore their dark jersey in the 2011 Winter Classic. If tradition continues, they’ll win the Stanley Cup this year, and the Philadelphia Flyers will win the Cup in 2013 (barring a lockout).