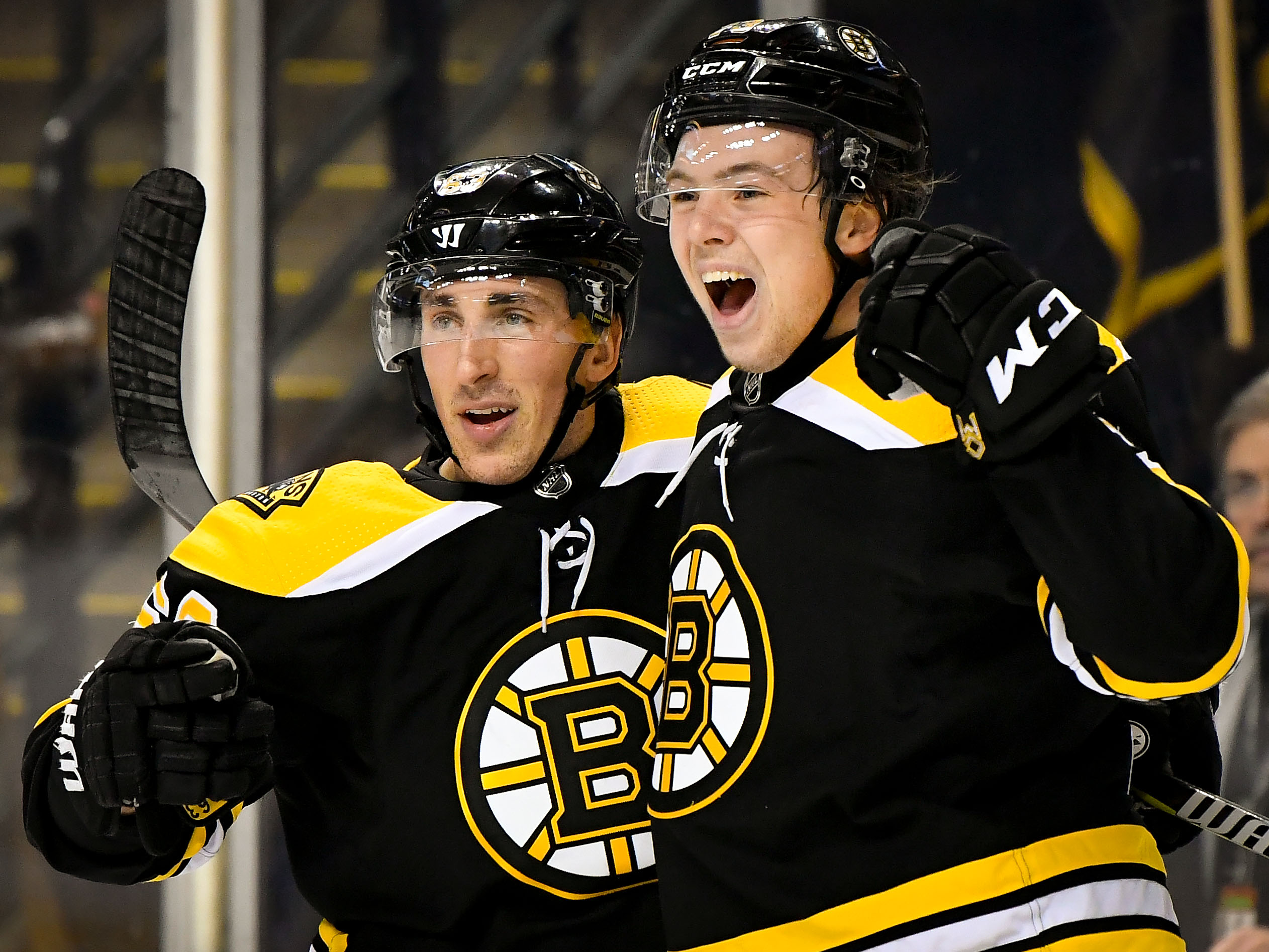 BOSTON – Many franchises around the National Hockey League are dressing new players and welcoming new faces into their locker rooms after the trade deadline this past Monday afternoon. There were a handful of teams that decided that they are legitimate Stanley Cup contenders and gave the green light on a blockbuster move or two.

The Boston Bruins were one of those teams, and they are definitely going for it all this year.

Boston traded for perennial All-Star forward Rick Nash of the New York Rangers this past weekend in order to bolster the right wing position and balance out the scoring depth. Although the Bruins gave up an extensive package highlighted by Ryan Spooner, this move (along with acquiring defenseman Nick Holden) indicates that the B’s are gearing up for a deep run through the playoffs.

Despite the strong activity in the front office over the past several days, things have not necessarily transitioned smoothly out on the ice. The Bruins just returned from a five-game road trip in which they accumulated only four out of a possible 10 points.

The good news is that Boston opened up a six-game homestand on Tuesday night against the Carolina Hurricanes, a team that is trending in the opposite direction after a promising start to the season. The B’s shellacked the Hurricanes by a final score of 7-1 in the previous meeting, so this had the potential to be a perfect rebound game for the Black and Gold.

In the first period, there was a lot of inconsistent play from both teams. The Hurricanes seemed to get the better of the scoring chances while the Bruins had to put in the extra effort just to get a decent shot on net. The road team got on the board first when Brock McGinn beat Rask on a delayed shot with the man advantage. Moments later, Nash tied the game when he beat Darling one-on-one to record his first goal as a member of the B’s.

After that brief momentum switch, things fell back in favor of Carolina. The Canes took a 3-2 lead into the second period. The Bruins special teams units were in such disarray to start this game, so the damage could have been much worse early on.

“We just did not have it early on and we were not competing hard,” said Bruins head coach Bruce Cassidy. “We had no choice but to fight back. It is not easy to win in this league.”

Newcomer Tommy Wingels made his presence felt when he blasted the puck past Darling off a nice feed from Charlie McAvoy to tie the game. This was the result of a much quicker pace of play and harder effort put forth by the Bruins as the game progressed.

“Wingels was very good, lots of energy,” said Cassidy. “He was very physical, contributed offensively, and played positionally well. From bench level he just looked like he was a smart, hard player.”

In the third period, puck possession became difficult. The high number of whistles really hindered the players from playing at a quick pace to close out this tightly-contested tilt. The game eventually went into overtime, which was where McAvoy netted the puck under the crossbar to give Boston the 4-3 victory. Rask finished the night with 29 saves.

“We need goaltending to win,” said Cassidy. “Once we started to defend better, Tuukka started to see more pucks and avoided a couple close calls near the crease. We needed him to come up big tonight and that is what he did.”

The Bruins will lace up the skates again this coming Thursday night against the Pittsburgh Penguins.

Side Notes: Patrice Bergeron will miss the next two weeks with a fractured foot…The Bruins announced over the weekend that they have signed veteran forward Brian Gionta to a one-year contract…Paul Postma cleared waivers earlier in the week and has been assigned to Providence…David Pastrnak entered Tuesday night just three assists shy of his 100th NHL assist…Brandon Carlo returned to the lineup after being a healthy scratch for the first time in his career this past Sunday against the Buffalo Sabres.