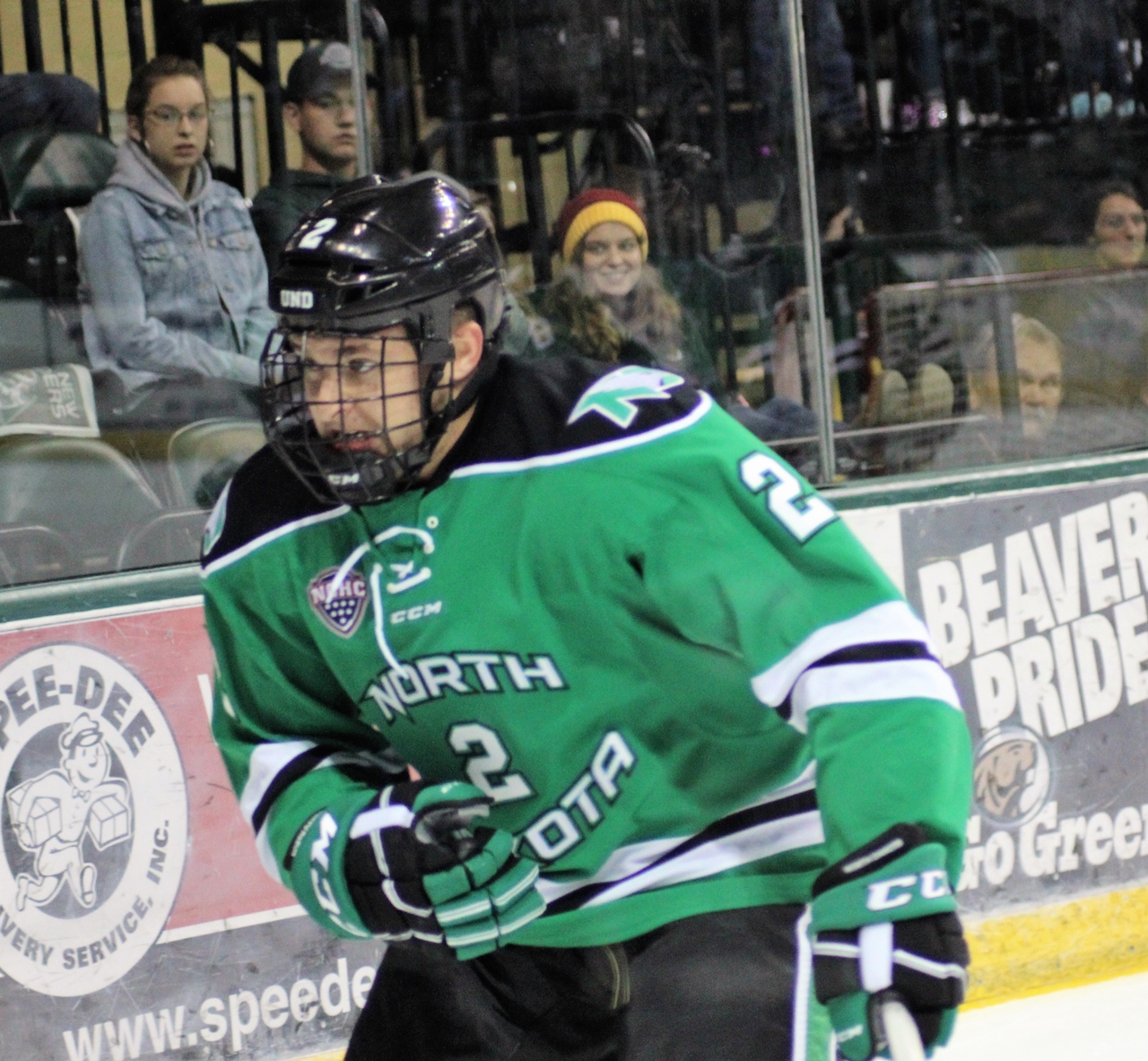 The University of North Dakota men’s hockey doesn’t play in a lot of Sunday matinee games. Unlike the NHL, which plays quite a few matinees, it’s not a common occurrence for UND. With the early start of today’s game, UND had to change their usual pre-game routine a bit.

“We got them up at around eight o’clock,” Berry said. “We had a quick meeting. Got them fed. Had a stretch outside, a walk, and got them moving.

“We made sure they didn’t get back into bed. We had a productive morning here. It’s something that the leadership has to take a big role in.”

“I woke up around 7:45. Our pregame meal was our breakfast, Pinto said. “I had Frosted Flakes with potatoes and eggs. Yeah, it was a little bit weird, but we had to adjust, and I thought we did a good job.“

After today’s results, maybe the coaching staff should consider scheduling more 12 o’clock matinees in the future. Maybe not. The Hawks play one more 12:05 game against the Minnesota Duluth Bulldogs on December 19, 2020.

Regardless, the start time had no effect on the Fighting Hawks performance today. On Sunday, the Hawks were hitting on all cylinders, and they played like a well-oiled machine. They scored four goals in the first, three in the second, and one in the third as the Hawks ran over the Western Michigan Broncos.

Freshman Defenseman Tyler Kleven gave us a glimpse of the future with a beautiful toe-drag goal. You can see that highlight-reel goal in the embedded tweet below.

After the game, Brad Schlossman tweeted that Kleven is leaving Omaha for the US World Junior team. Kleven will join teammate Jake Sanderson. According to Jeff Cox, three Boston University players, forward Robert Mastrosimone, defenseman Alex Vlasic, and goalie Drew Commesso will not be joining Team USA due to Covid-19 protocols.

If you didn’t watch the game or missed some of the goals, here are the highlights from this afternoon’s game. (Final Box Score)

HIGHLIGHTS: @UNDmhockey put up a 4 spot in the first period and never looked back against @WMUHockey

Lots of #NCHCTopPlay nominees from this one ?