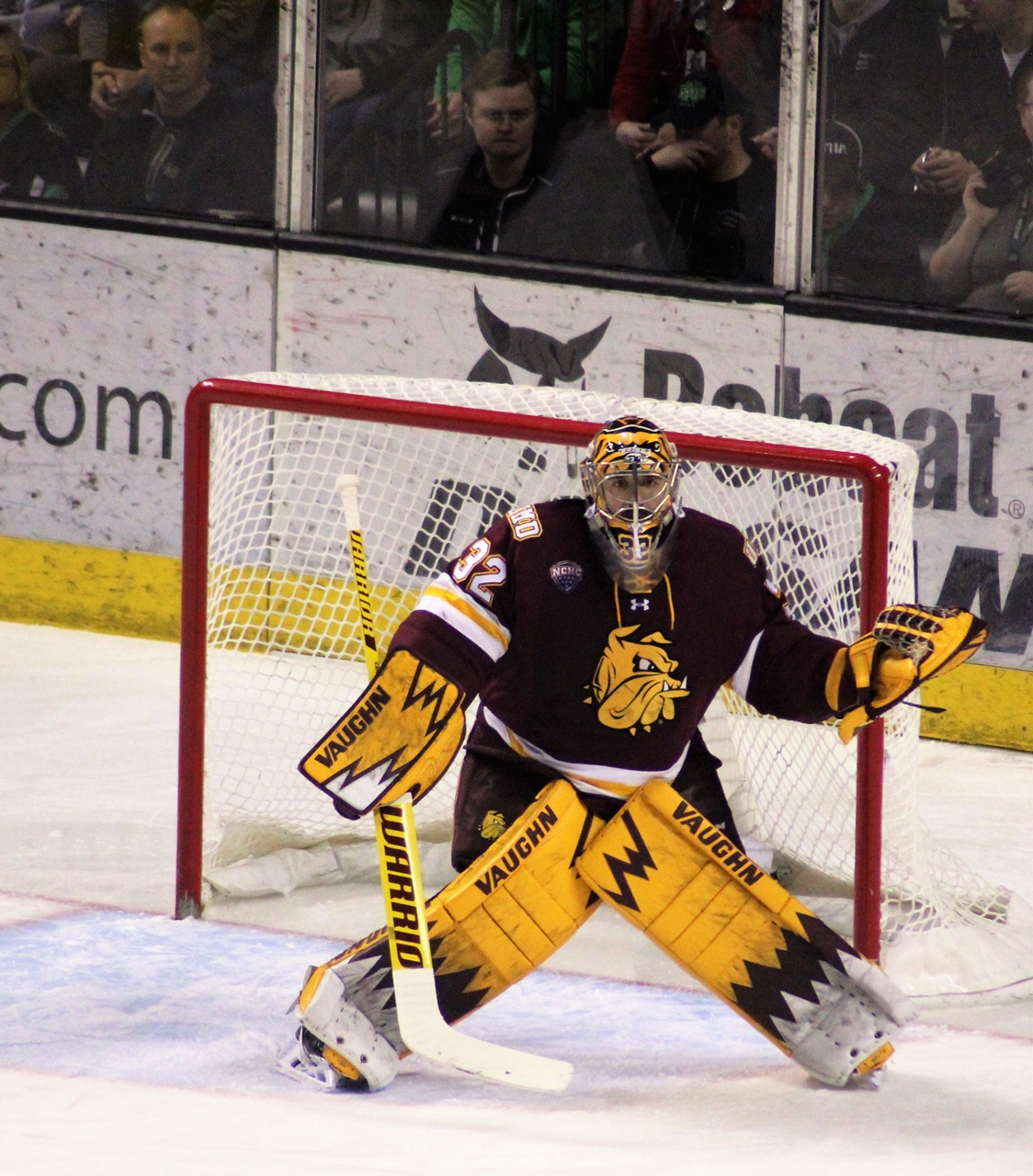 With their impressive 3-0 victory against UMass on Saturday, the Bulldogs solidified the National Collegiate Hockey Conference as a power conference. This is also the first time since 2005 that a conference has won four NCAA titles in a row. As you can see above, the last conference to win four titles in a row was the WCHA 2002-2005.

For the folks that are keeping track at home. In the last eight years, Minnesota-Duluth head coach Scott Sandelin has led the Bulldogs to three NCAA titles; 2011, 2018, 2019. Two of those came with the NCHC.

“We didn’t foresee four national championships in six years,” NCHC commissioner Josh Fenton said. “I don’t think anybody envisioned that. We felt like we could have parity across the league from a competitive standpoint. We felt it would be tough, and it wouldn’t be easy on any given weekend. We knew the competitiveness would be there, but certainly the success of the national championships, I don’t think anybody envisioned that.”

I also like the way that Commissioner Fenton is thinking. Keeping the conference games at 24 gives teams an opportunity to play 10 non-conference games.

“We believe in the number of games at 24 (NCHC games),” Fenton said. “We could play more and be in complete balance, but we believe in having 10 non-conference games. It’s the right amount to (help) maximize the number of teams in the tournament. When you get into the postseason tournament with the Frozen Faceoff at Xcel Energy Center, there’s a premium in the NHL arena with that atmosphere that can help teams like Minnesota Duluth in the Frozen Four.”

Ponder this, during their back-to-back title run, UMD hasn’t even been the best team in the conference. This season, they finished 19 points out of first place. When it’s all said and done, none of that matters. NCHC teams are battle-tested when the NCAA playoffs start.

On Saturday after beating Colorado College 6-1 in the third-place game of the NCHC’s Frozen Faceoff, a relieved Denver Pioneers head coach David Carle said this.

“The great part about going to the national tournament, we don’t have to play anyone from the NCHC in the first round,” Carle said. “We all play each other all year long, beat each other up. We played at a different pace in this league, and that’s why we all do so well in the first round. So we’re looking forward to playing someone out of our conference.”

Don’t count on them expanding anytime soon. The league is worried about focusing on the existing eight members.

“We haven’t had a ton of discussion about the current membership makeup or even expansion into new members down the road,” Fenton said. “I think the focus has been on the eight member institutions and with all the sincerity that I can answer this question, and that continues to be the focus, and I don’t know that I see that changing anytime soon.”

Let’s take a look at what the NCHC, has accomplished in its brief six-year history. It’s an impressive resume. During their six-year history, twenty-two teams have made the NCAA tourney. Even more remarkable, Denver has made the tourney every year since the NCHC began conference play. Ten NCHC teams have mad the Frozen Four since the beginning of the NCHC (2013-14). Finally, four teams have won NCAA titles with Minnesota-Duluth repeating in back-to-back seasons. What does the conference do for an encore?

(Originally posted at The Sports Daily)