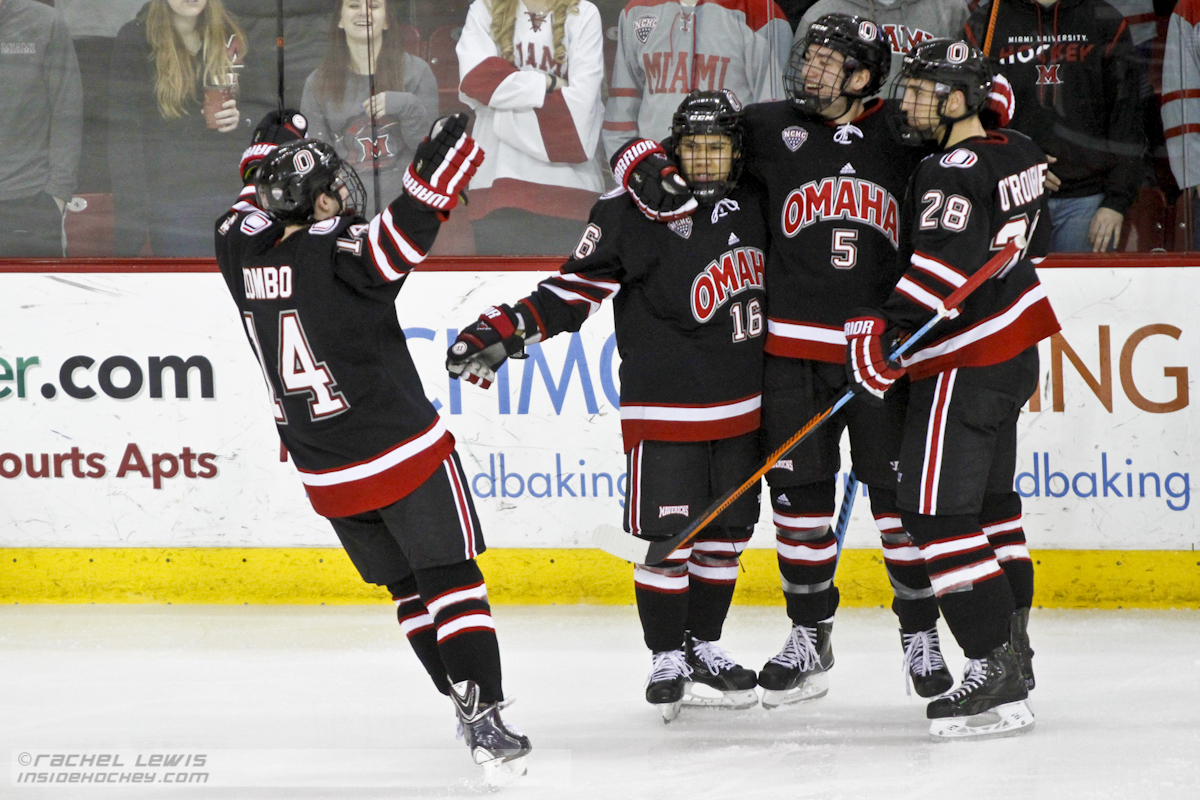 I’m sure many are confused as to why Notre Dame gets to host this regional on their campus site, and if I understood it completely I would shed some light on the subject. However, This is a regional that sees the top overall seed and the Atlantic Hockey auto bid go head to head and yet another NCHC team take on one from the ECAC.

The WCHA champions and top overall seed Minnesota State will take on the only team to use the auto bid, Atlantic Hockey champion RIT. This regional semifinal starts at 3:00 Central Time and is the second game on Saturday.

The Atlantic Hockey champion RIT Tigers are a one trick pony type of team with two very solid goaltenders. The Tigers are led in scoring by seniors Matt Garbowsky, Brad McGowan and junior Josh Mitchell. The trio of upperclassmen have combined for 148 points this season and are the primary threat to the Tigers scoring. They are the only three with more than 10 goals this season, however, Caleb Cameron and Andrew Miller are both close to the 10 goal plateau with eight goals on the season. This is a team who is strong on the puck, but most of the activity comes from those top three guys. If you can stop them, you likely can beat this team.

Minnesota State Mankato has been near the tops of the PairWise, and USCHO polls all season. A team with well-rounded scoring and a niche to crash the net, this is a team that likely could do some damage in this tournament. Number one goalie Stephon Williams has also had a wonderful season thus far. With 25 wins, a 1.63 goals-against average, and a .926 save percentage have him with some of the top goaltenders in the country. To score on him, you’re going to have to get in his way, deflect pucks on net, or hope that he gives up a rebound and pounce on it. Otherwise, your chances of scoring goals are slim to none. This is a team of balance and it showed in the WCHA Final Five championship game Saturday night.

On paper, this battle shows no contest between the two teams. However, that’s what Minnesota thought way back in 2006 when they drew Holy Cross in the first game. I’m sure you all know what happened then. Any team who earns their way into this tournament has as great of a chance to win as the next. However, this Mankato squad looks to have their well-balanced attack ready to pounce on the one line pony of RIT. Mankato wins 4-1.

The second game of the regional showcases a battle between an Omaha team coming off of an unexpected weekend off and the winners of the ECAC, Harvard. In a battle of the speedy Crimson and the hard hitting Mavericks, this one should be a joy to watch.

Harvard is a team that likes to drive wide on the rush and use their speed to cut into the middle of the ice. If you take a gander at their highlights, you will notice they do this on almost every goal that they score. Harvard has two dynamic scorers on their team that they like to get the puck to, one of which being Hobey Baker finalist Jimmy Vessy. Vessy leads the country in goals with 31 and is tied for second in the nation in points with 57. Vessy could very likely be in the Hobey hat trick when it is announced and might be the only hope to not give the award to BU Freshman Jack Eichel.

The Mavericks out of Omaha are coached by Dean Blais who is known for his top-notch defensive style, but can score with high power offensive talents like Austin Ortega, Jake Guntzel and Justin Parizek. One question mark will be if goalie Ryan Massa will be at 100% this weekend. If he is, look for him to get back to his old ways of stopping the puck, and they will need him to do so if they want to stop Jimmy Vessy.

If Omaha is able to contain the offensive powers of Jimmy Vessy and are able to contain the speed of Harvard, then UNO should come out victorious. However, if Harvard is able to cut through the middle of the offensive zone, whichever Maverick goaltender is between the pipes needs to be ready to make the first and possibly second save to keep Omaha in this one. That being said, I think the rest and week off is just what Omaha needed to regroup and refocus after getting swept by St. Cloud two weeks ago. Omaha Wins 3-2.

As for who comes out of the regional, three of the four teams could find themselves in the Frozen Four after this weekend, but with how well Mankato has played this entire season, you can’t help but choose them to come out of this regional.