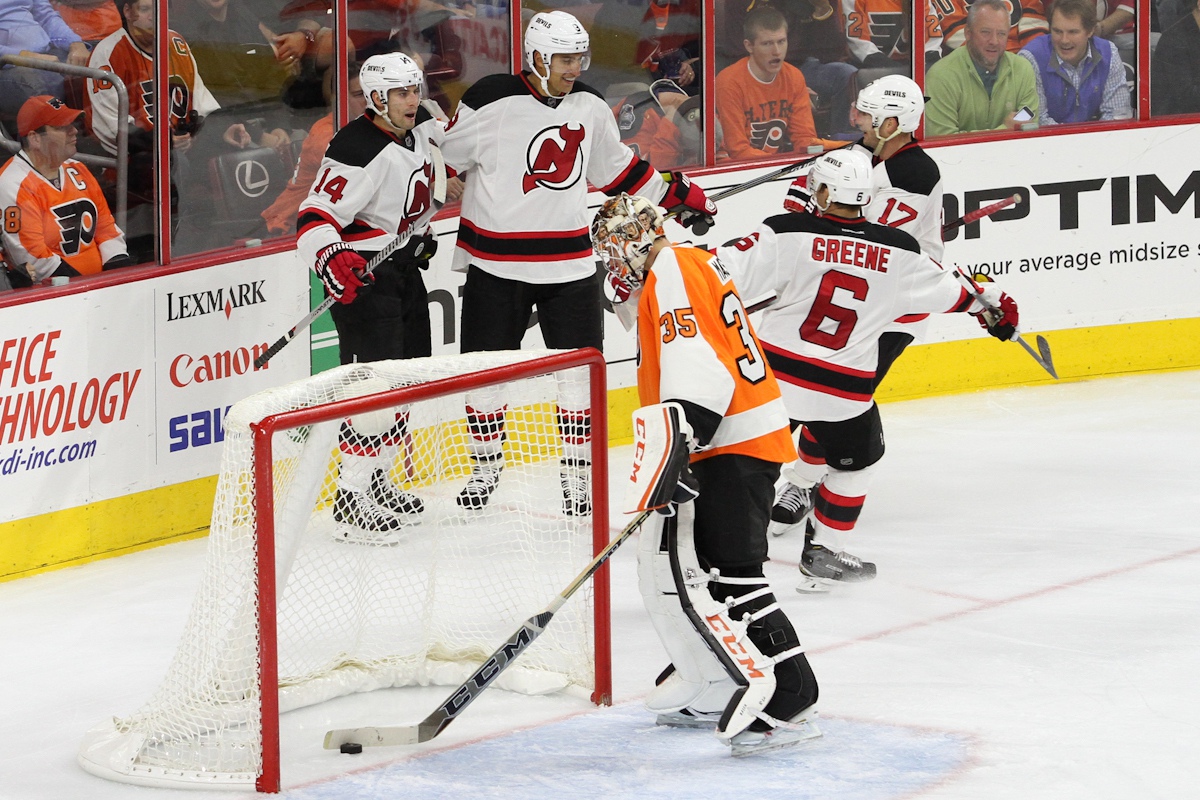 NEWARK, N.J. – On Sunday, Jon Merrill found out he’d be taking a trip back to New Jersey, as the Devils recalled him under emergency conditions.

The last time New Jersey asked Merrill to play in the NHL was on Nov. 3. He played the same night, but it only took 1:16 minutes of ice time for his debut to end.

Minnesota’s Torrey Mitchell tripped Merrill into the boards on the defenseman’s third shift. Merrill left the game, his face covered in blood.

“I mean it was tough, a tough break,” Merrill said. “Nobody really wants that to happen but I have to bounce back and I’m back here now.”

So on Monday night, when the Devils took the ice for pregame warmups, No. 34 stepped on the ice with his team.

He participated in all the drills, skating in circles with the puck, taking some shots.

He didn’t factor much into the game, as the Devils fell 3-1 to Winnipeg.

“It’s good,” Merrill said after the loss. “I was excited to play and it’s unfortunate that we lost but I’m excited.”

In his first game back in New Jersey, Merrill skated for 15:17 minutes of ice time, recording 21 shifts. Merrill finished with two shots, one block and averaged 43 seconds per shift.

Even though Merrill suffered a concussion on the third shift of his NHL debut, he wasn’t worried about returning.

“I think that’s just a freak play, there’s not really anything I could do on that one,” Merrill said. “I think just always be careful, keep your head up out there.”

The former Michigan Wolverine signed an entry-level deal with the Devils in 2013 after he played his third season with Michigan. He also skated with the U.S. National Team Development Program for two years.

Once Merrill had recovered from his concussion and was able to play, the Devils sent him back to Albany to let him skate in a few games in the AHL before giving him the chance to play in New Jersey again.

They made the move last Monday, and Merrill appeared in three games for the AHL affiliate.

In his first game back on the ice for Albany, Merrill recorded no shots. In his second he took one shot, and by his third — a 5-3 win over Adirondack — he recorded an assist.

Over 14 games with Albany this season, Merrill has recorded two goals, eight points and a minus-1 rating on 20 shots.

“I was just excited and ready to play,” Merrill said. “I’m thankful for the opportunity and I’m ready to go.”