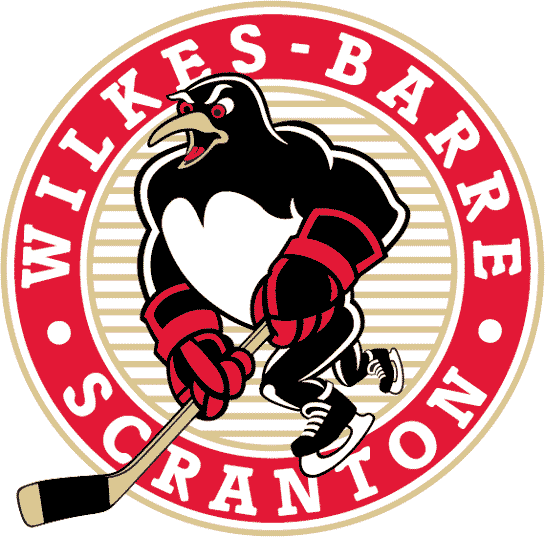 Statistically, Taylor Chorney was having an average start to his season.

Despite his solid efforts this season, the defenseman entered tonight’s game against the Hershey Bears with just one assist to his name so far and his team had dropped two of their last three games on a critical road trip in the early goings to the 2014-2015 AHL campaign.

Tonight, that was all about to change. He never slowed up his play all night and neither did his teammates. Resilience was the word of the night in Mohegan Sun Arena, and his efforts were a big contributor to that.

After scoring his first goal of the season at the 9:33 mark in the third period to get the Pens on the board, Chorney was already having a night to remember through the first 12 game of the young season. Despite going down 2-0 midway through the second period, they pushed on until the very end to try and rip the victory away from the clutches of the claws of the Bears.

With 12 ticks left in the third period and his team down by one, the  Pens extra attacker drew a Bears defenders away from Taylor Chorney at the left point. As D Derrick Pouliot put the puck from one side of the ice to the other, Chorney let the one timer rip towards the net, where it was tipped in by frequent Pittsburgh call-up Jayson Megna past Bears net minder Philipp Grubauer’s pad hand. Mohegan Sun Arena erupted with applause, and the momentum was shifted just as suddenly as it was given to the Bears going into the extra period.

“There’s a lot of options from the point in that position. I don’t know if it was a missed assignment, but I just brought it to the net and it ended up going in,” Chorney said postgame.

Coming into the night, the Wilkes-Barre/Scranton Penguins looked to go back above the .500 mark after dropping two of their last three games on the road against divisional opponents. Tonight, they faced a tough test in Hershey, who handled the Pittsburgh affiliate in a 4-1 victory on October 25th, en route to a three game winning streak. The victory tonight puts WBS at a tie for the division lead with the Bears in this crucial early point of the season.

Also, making his return to the Wyoming Valley was Beau Bennett, who was put on rehab assignment earlier this week. Bennett, one of the organizations highly regarded prospects in the last few seasons, was coming off of a knee injury that has held him off the ice since an early preseason practice in Pittsburgh. No one knew what to expect from the third year player, as he missed Pittsburgh’s first 11 games this season, and he was determined to make a comeback to form tonight against the squad from Chocolate World. He ended up chipping on the game winning goal with an assist on an otherwise quiet evening.

The Bears boast two of the top-10 point scorers in the AHL this season. Leading the way is veteran Center and enforcer Kris Newbury, who sits atop the points standings with 15 (6 G, 9 Ast) through 10 games. Ranked at 10th on the same list is RW Casey Wellman with 10 points, including 5 goals on the power play.

The game began uneventfully. The Penguins failed to convert on both of their power play chances, but by the end of the period they would outshoot Hershey 8-2, an aggressive manner would prove to be vital to their victory.

Hershey got things going early in the second period. After being outshot in the first, the Bears were sparked by Defenseman John Landry on his first goal of the season. It seemed that the goal deflated the Penguins, and a great deal had to be done to get them back in the game.

A few minutes later, Bennett almost put one in the back of the net. The biscuit rang off the right post and fell to what appeared to be into the leg pads of the Bears net minder Philipp Grubauer. The refs blew the play dead, but the replay over the big screen showed disgruntled fans that the puck may have squeezed past the goal line.

At the 11:40 mark of the second, Bears RW Casey Wellman scored the second Hershey goal of the period ,assists by LW Tim Walker (1 pt) and C Kris Newbury. It was Wellman’s 8th of the season and Newbury picked up his 11th assist, placing him at second in the league behind Utica’s Cal O’ Reilly (12).

After Chorney’s goal midway through the 3rd, multiple late scoring chances gave head coach John Hynes the confidence to pull Matt Murray from the net, giving the Pens an extra attacker. The decision ended up tying the game at 2 and helped carry the momentum into OT.

“We felt good about how we were playing and the message was when you’re doing good things, you want to keep doing them and eventually they’ll pay off,” Hynes said after the game. “To our credit, we stuck to (our gameplan) and really got better as the game went on.”

Not only had the Penguins come back from being two goals down to one of their rivals, they had come back against the top team inthe division. “It’s one of those things that is just too good to be true.” said Jayson Megna, who scored the tying goal with 12 seconds to go to send the game to overtime. “It’s nice knowing that we can come from behind and knowing that were always in a game. It’s good for the mentality,”

It didn’t take long for the Penguins to strike in the extra period. Just one minute in, Megna scored again, this time with assists coming from Bennett and Pouliot. “They were real special plays. I just kind of bumped it to Beau where it got lost below the net area and (he) made a nice pass to Pouliot where he saw me sneak out from behind the net. It was a pretty pass,” Megna said.

Coach Hynes on Megna: “(Jayson) was playing well all night, but it was a time where we needed to get more bodies and sticks on that end. For us to score, particularly from behind and they’re in a good defensive posture, it’s good to get around the net and we were fortunate to say Jayson put it in for us.”

Hynes also commented on Beau Bennett’s return to the ice. “He’s a high character guy you’d want to have around your team. He brings a good attitude and a real strong work ethic, and you saw that tonight. He just continued to get better even as the game went on.”

Next up for the Pens is a Saturday night showdown against the Binghamton Senators on the road before returning home to face the Syracuse Crunch Sunday at 4:05. The Baby Pens already defeated the Senators in October 3-2 on home ice.

Sunday’s matchup will be WBS’s first game against Syracuse this season.