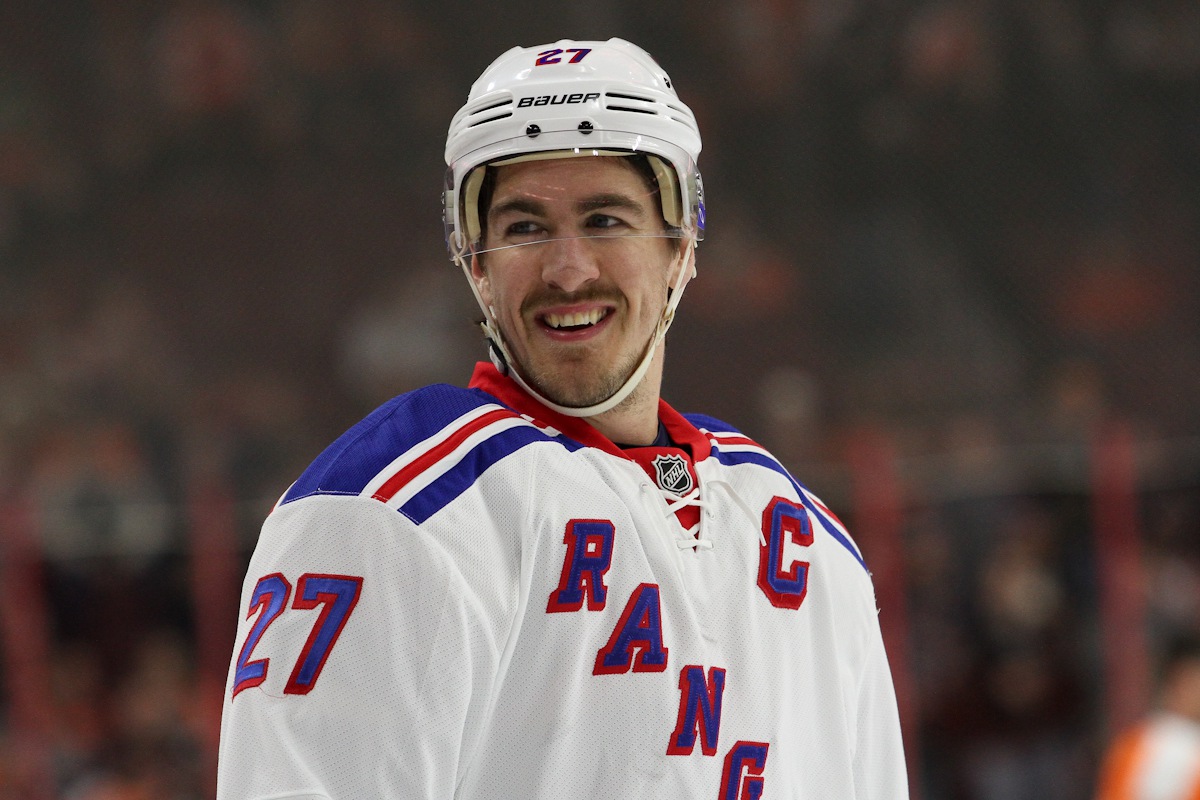 NEW YORK – Ryan McDonagh leaned back, raised his arms in triumph, screamed, and pumped his fist wildly towards the famous spoked ceiling.

It may only be November, but don’t tell that to the Rangers captain. His power play blast from the point at 2:44 of the third period gave the Rangers a two-goal lead, cementing their 6-3 win over the Blues.

“We knew it was a tight game, a lot of chances both ways,” McDonagh said after his team earned its seventh straight win. “It’s something we usually don’t like to get ourselves into there, kind of back and forth with the chances. But we knew going into the third that next goal, whoever was going to get it was going to be a huge difference in the game.”

Two of the hottest teams in the NHL came into the game sporting stingy defenses. The Rangers (12-2-2) had allowed the least amount of goals in the league, while St. Louis (11-4-1) was coming off back-to-back shutouts. But instead of a low-scoring goaltending duel, the game was played at a frenetic pace. The Blues had 30 shot attempts in the first 20 minutes, and out-attempted the Rangers 55-40 at even strength.

“That’s a really good team over there; they never gave up once,” said defenseman Dan Girardi. “They just kept coming and coming. They came close a couple times, but we were able to get that two-goal lead back and battle through some chances against and some D-zone time. We did a good job to get the win.”

“I don’t think anybody was expecting eight or nine goals in the game,” said forward J.T. Miller, who scored the Rangers’ fourth goal of the game in the second period. “At the same time, you’ve got to go with the flow. Some games are like that, both teams have a good amount of skill. I thought we good job weathering their [surges].”

The Rangers held serve because despite allowing three goals, Henrik Lundqvist was their best player. He made half a dozen highlight-reel saves throughout the action, including on highlight-machine Vladimir Tarasenko, who scored the Blues’ second goal of the game on an incredible wrister during the second period.

The Rangers took control by scoring three goals on their opening five shots against Jake Allen, who was pulled less than 15 minutes into the game after coming into action with a shutout streak of over 160 minutes.

Mats Zuccarello tied his career-high with a three-point game, including an inch-perfect feed to Derick Brassard to open the scoring, and a brilliant individual effort to split two defensemen on the second goal, 2:18 later.

“This is the way he played the first time I saw him at the Olympics in 2010 in Vancouver,” Lundqvist said. “I saw this little guy with the longest stick ever making these incredible plays. I’m like, ‘that kid is good, but he’s small!’ Then when he came here, I was so impressed in practice. It’s not easy to play that game as a rookie because you need a lot of confidence to make the plays. Now I think he’s just letting his game go. You can see the result. He’s making the difference for us a lot of nights.”

The Rangers have an 11-game point streak, tied for the ninth-longest in franchise history. Against one of the best teams in the league, it wasn’t easy. But like they’ve done so many times this season, the job got done once again.

“I’m happy the way we corrected our game and challenged ourselves going into the third. We played a really smart third period,” Lundqvist said. “It’s big for us to beat this team. We talked about it this morning, to go in here and find a way. We did.”

The Rangers improved to 160-1-9 in their last 170 games when leading after two periods.

Lundqvist has now earned a win at home against all 29 current NHL opponents. He’s the first goalie in Rangers history to accomplish that feat.