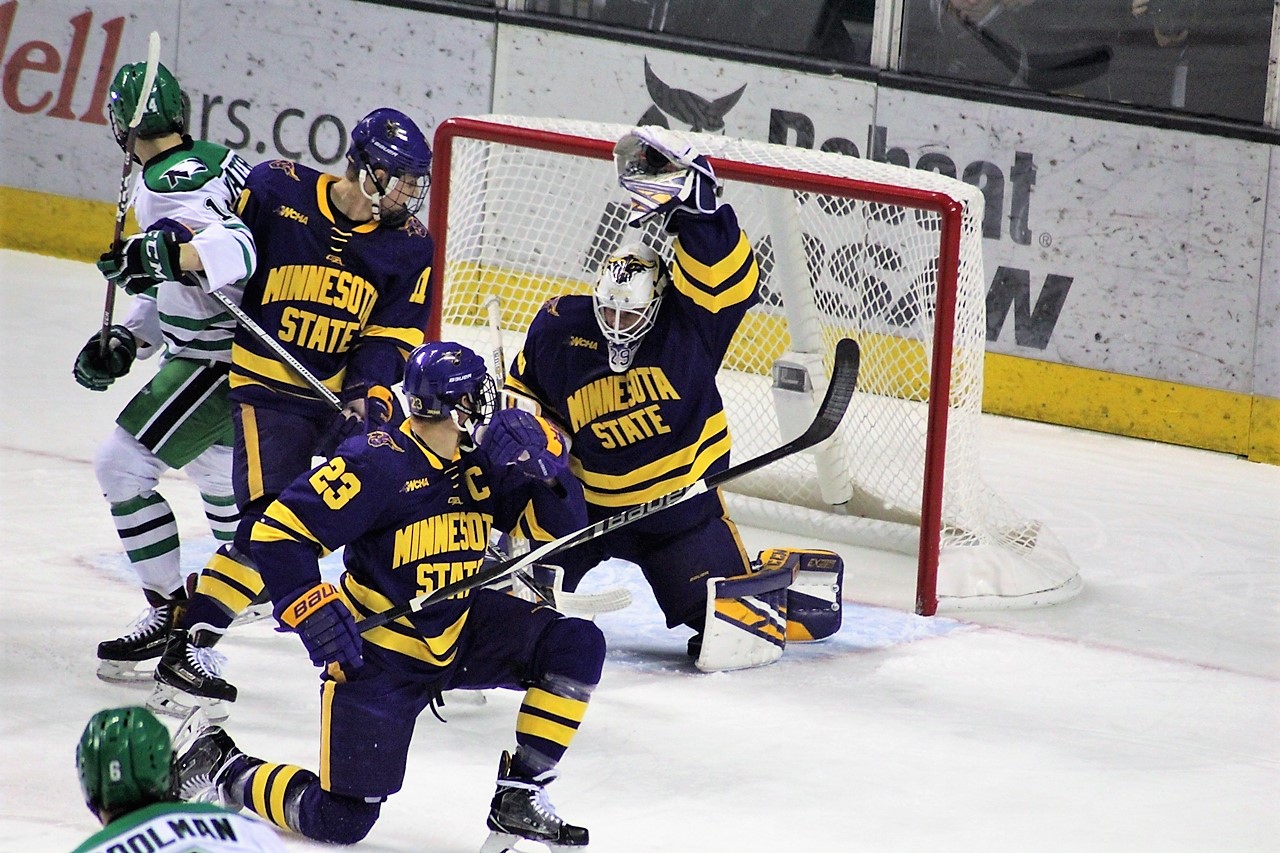 Mavericks vs Hawks in Pictures

Grand Forks, ND – On Friday night, the University of North Dakota was looking to right the ship against the Minnesota State Mavericks. The two teams hadn’t played since the 2012-13 season. The five-year absence didn’t make the heart fonder. Nor did it take long for the two teams to get reacquainted.

Entering Friday’s game, UND was averaging a goal per game, the Fighting Hawks were struggling for offensive production. On Friday, UND did something it hadn’t done all season, score more than a single goal during a game. Unfortunately, the Hawks gave up more goals than they scored. When the final horn sounded, the Hawks were on the wrong side of a 7-4 score.

My Three Star of the Game