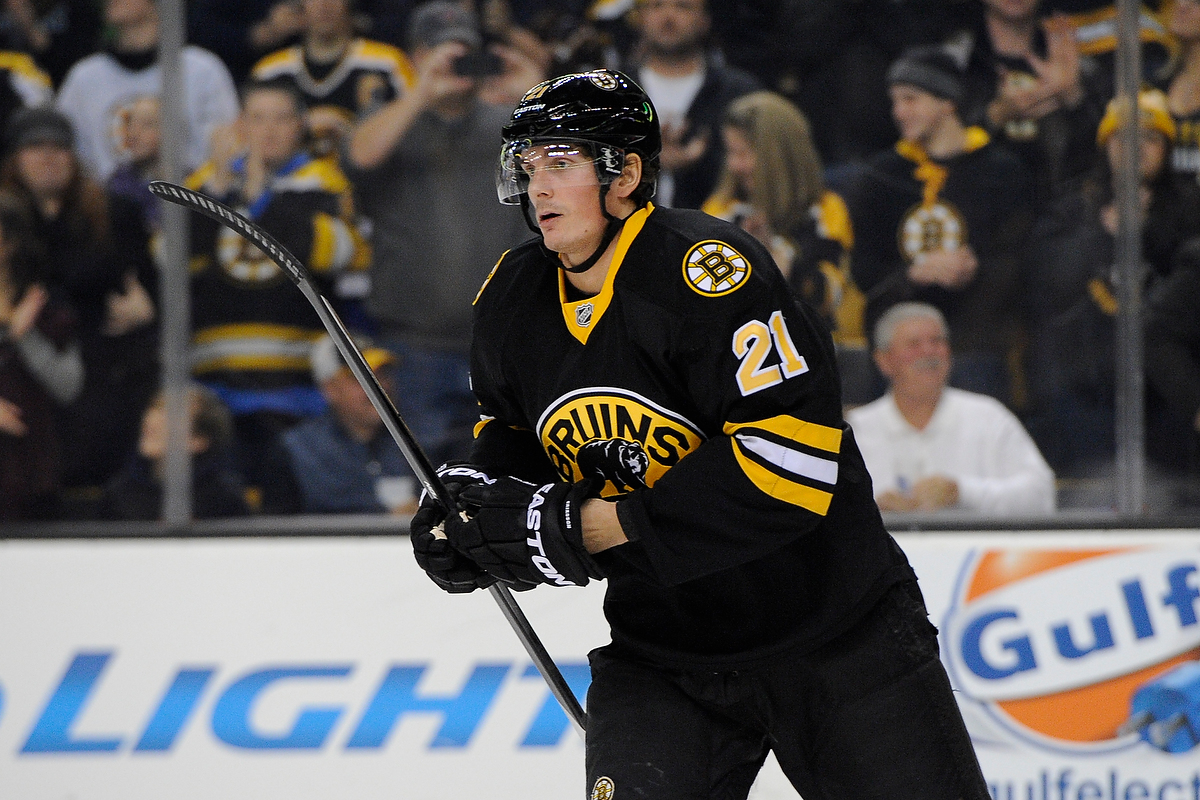 Loui Eriksson Proving Worth to Bruins

When Loui Eriksson backhanded the puck into the net in the third period of Saturday’s game not only did it give the Boston Bruins the lead, but established one thing- he’s been one the best, most consistent players on the team all season long. Eriksson, who’s first season was riddled by injuries, and still isn’t the “sniper” many fans had hoped for, has had a great second stint with the Bruins- underappreciated to say the least.

One of his better strengths is his ability around the net, using a strong stick and high hockey sense to find those loose pucks and bury them at a high percentage. On Saturday, his third period goal was vintage Eriksson.

“Yeah I mean he’s always been a good net front player when it comes to that stuff,” said coach Claude Julien of his forward postgame. “People probably don’t realize how good he is because his physicality isn’t one of [Milan] Lucic but it’s certainly a guy that’s smart enough to get to the right place at the right time and he finds the puck. Great job for him getting in front of the net to start with but also spinning and finding the puck and banging it in.  So that’s what you get from Loui [Eriksson] on a lot of nights and we talked about that, that was one of the things we had to do tonight, was get a little more traffic in front of the net and it wasn’t quite there at the beginning but it was better in the third.”

One thing we’ve grown accustomed to this season is coach Julien making a number of mid-game adjustmenets, more specifically line changes when he feels its needed. In Saturday’s game, Julien’s best adjustment was reuniting Eriksson with his fellow Swede and longtime linemate Carl Soderberg, and their usual winger in Chris Kelly. The change quickly proved dividends, as Eriksson’s third period goal was the lone difference between the New York Islanders and Bruins.

“As I mentioned before, I’m going to move parts around when I feel that I need to and then there’s some chemistry there for at least a year and a half, almost two years,” said Julien postgame-. “I didn’t feel that we were getting a lot of offense and so I had to move some parts around.  Putting them together, I felt confident that they would be able to generate some offense and they did.

The move also proved great for Bruins forward Chris Kelly, who sealed the game with a shot block of a wicked Johnny Boychuk blast, and has played by far his best hockey skating with the Swedes this season.

“He loves Carl [Soderberg]. I think that’s the reason we work so well,” said Kelly with a grin following the win. “They’re speaking Swedish. They just block the three of us from celebrating. No, I don’t know. I think we just, we gel well. Certain players gel well with others and Loui’s been doing a great job. He had a great assist in New York with Patrice [Bergeron]. He’s just a great all around player that does a lot of good things and that just showed, like that goal, just finding the puck. That’s tough to do when a guy’s draped on you, to find the puck and put it in.

And that’s exactly what Eriksson did. In vintage Eriksson style. He battled for positioning and slammed home the rebound. It’s something needed from more Bruins players and it’s a key to winning hockey games, especially come playoff time. The team has been struggling to score of late but that’s a prime example of how they can win hockey games. With Tuukka Rask once again playing like a Vezina winner in net, the Bruins can grind out 2-1 victories and they must play to their style to do so. If others follow Eriksson’s lead, this team can continue to win down the stretch and improve their position within the playoff standings. The coach agrees.

“They always do every year, no matter what,” said Julien when asked if the game had a playoff feel. “Even when we were at the top of the standing we knew that every team that came in played a much tougher game it was like playoff hockey.  That’s normally what happens heading into February and March, there’s a lot at stake and I think teams put their best foot forward during that time.