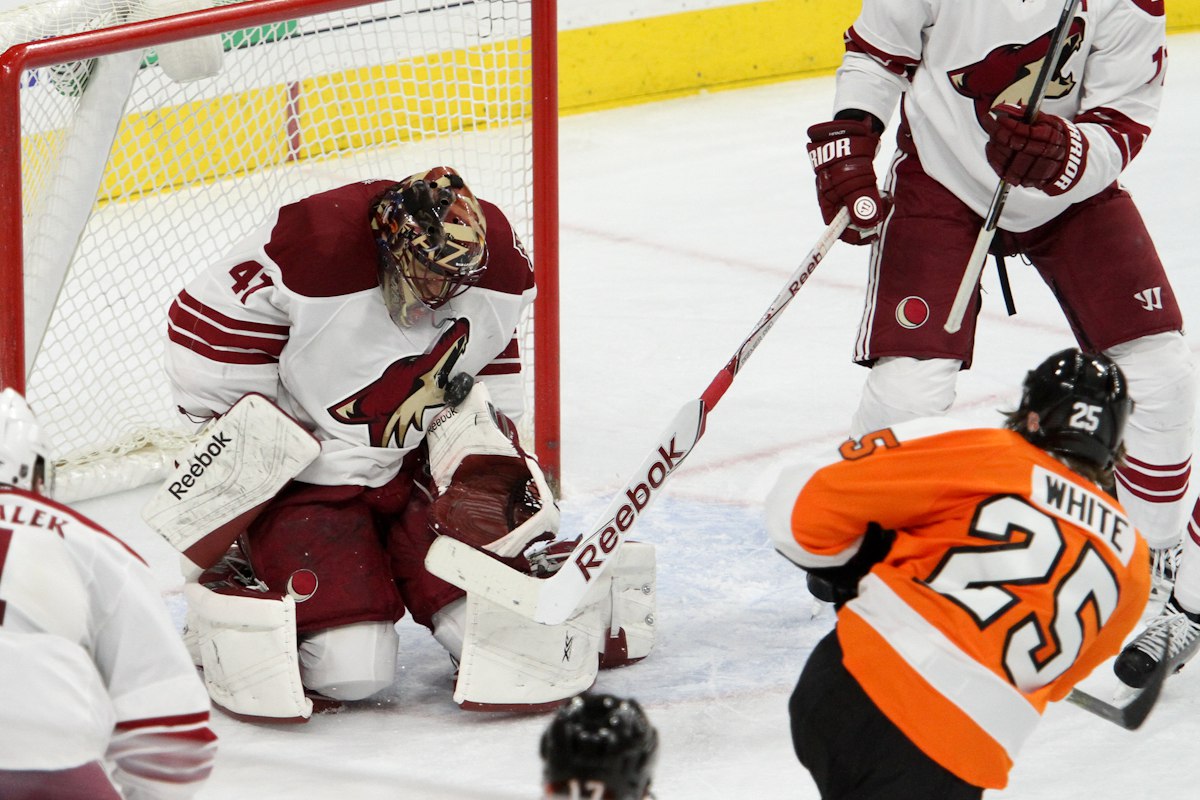 Losses Bring You Back To Reality

There was already so much buzz after the Arizona Coyotes started the season with three wins. Rookies were taking over the show, where Anthony Duclair and Max Domi were lighting up the lamp. There was really not much talks about being a potential playoff team, but there were already mentions of being that one squad that could actually turn it around much quicker than people anticipated.

Sadly, reality kind of settled in.

With all the hype that this team caused, a lot of people were forgetting the lack of offensive production this team produces on a daily basis. In their three wins to start the year, they were outshot. The same trend happened in their first three losses, one where they were nearly doubled last Saturday night against Boston.  It’s defense also fell out of sync, losing battles along the boards and getting beat on breakaways. Take the overtime game against the New Jersey Devils where Max Domi badly played the puck at center ice, allowing the Devils to take a few shots and win it on such an easy one timer.

So this team has realized that they are vulnerable once again. Is anyone worried?

“We just have to get back to the drawing board and see if we can get back at what we do,” Mikkel Boedker said.

If you compare the three wins to their three losses this season, a lot has to do with how they are playing on the ice. Defensively to start the season they had easily shut down a lot of holes and allowed only chances in front to Mike Smith. Smith has always been a goalie that is capable of stopping shots when he’s prepared, and although he was outshot for most of the games this season, his save percentage is about .959, good for being in the top 10 in the league for goalies who have played three or more games. Just like last year as well, he has also faced the most shots to start the year.

What’s been so crazy though that the hype of this team is still lingering? Duclair and Domi are still your offensive producers. Duclair’s five goals lead the team, and Max Domi has three to his credit. Only one other player (Tobias Rieder) has more than one goal on the year. The rest are just riding the wave, and they aren’t complaining much if it sparks up the offense somehow.

“Both players have some good support around them,” Coyotes had coach Dave Tippett said. “The big thing about our organization this summer was we had to grow. And to grow, we have to put young players on our team and help them grow as quickly as possible.”

“We are seeing tremendous growth in followers and likes (on social media),” Coyotes CEO John Pierce said. “And we are also seeing levels of engagement, people responding, replying and commenting that we haven’t seen before.”

It certainly helps if you notch in a few wins here and there. As they close out another game on the road, the Coyotes will have a few more games in the Northeast before returning home. The excitement is all good, but things can change in a hurry if they find themselves heading back to normal.