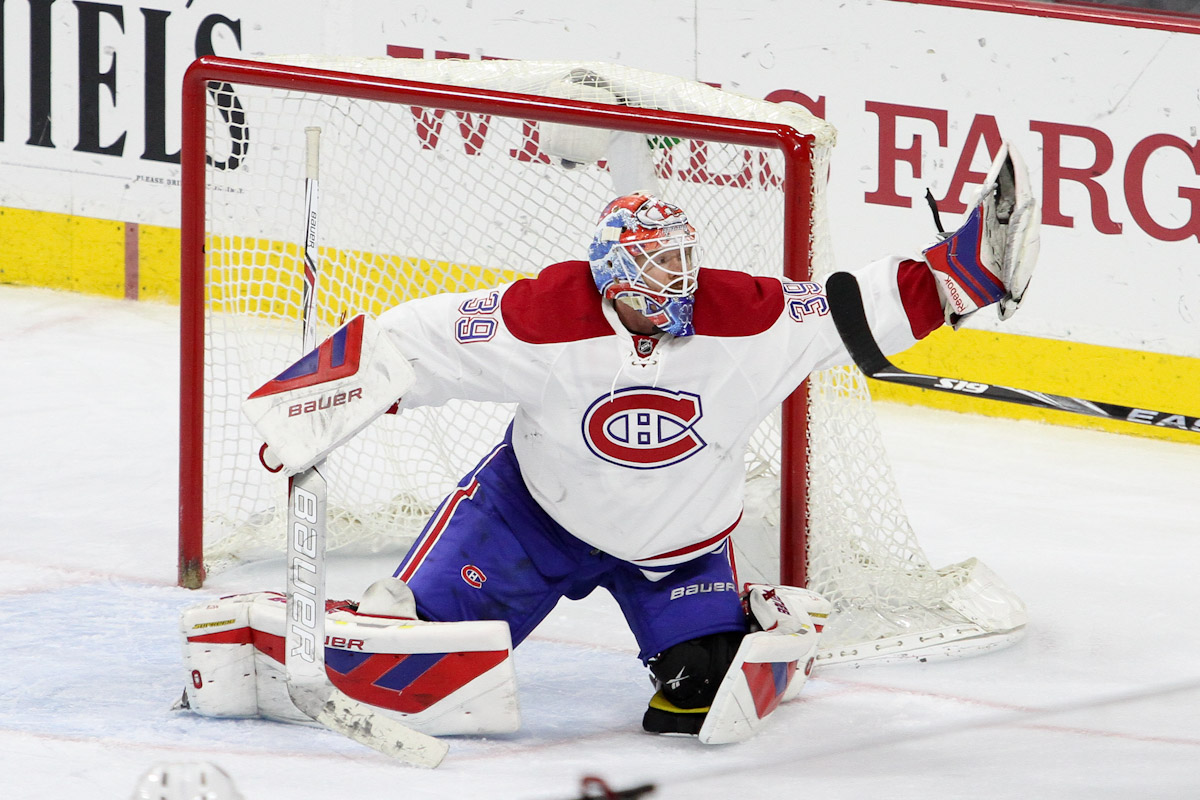 Maybe it’s just me, but when I watch Montreal play hockey, I want the names on the sweaters to be the history-making ones. I want Lafleur, Robinson, Dryden. I know it can’t be that way, but come on: today’s Montreal roster is full of nobodies. Ever heard of any of these guys: Pateryn, McCarron, Andrighetto, Barberio? Yeah, me neither.

OK, OK, you’ve got the Ellers, Emelins, and Pacioretty, Plekanec, Subban, and Gallagher. But where’s the passion? It’s not on the scoresheet, and the play reflects that. Against the Ducks, the Habs came out decently strong, but when the highlight of the first period is a puck that seemed to go in but didn’t, on the power play, you know there’s not much to watch.

Anyway, neither team scored in period one Wednesday night in Anaheim, and the Ducks fans were asking a simple question: after the grand triumph of Sunday, when they beat the Kings, why was this team suddenly so incapable of producing excitement? Do bad teams bring out the worst even in good ones?

Period two was a little more up-tempo, with Montreal scoring first. They had the play in the Anaheim end, and the Ducks were running around. Subban feathered a pass for Eller, who missed the net, and the puck went out to the point. From there, it was passed across the zone, low, and Galchenyuk slammed in a one-timer from the right side of the net.

The Ducks then poured it on, including an excellent power play that had three shots in its early going. Cogliano got a break when he boarded Greg Pateryn and Montreal ended up with a penalty, for the coach yelling at the referee. They didn’t score, but at about the 14-minute mark, new Duck Jamie McGinn got one in his debut night with the team.

He tipped a puck that came to the net, saw it saved, and then pushed the rebound high past the goalie. His trade, by the way, makes him the third-scoring Duck, with now 15 goals. He was playing with Perry and Rickard Rakell. For some odd reason, they were listed as the third line on the Ducks’ pregame notes. The second was Cogliano, Kesler, and Silfverberg, but everyone considers them the third, and that’s no insult. It goes back to the shutdown line of the 2007 playoff triumph (Rob Niedermayer, Paulsson, and Moen).

Period three saw the Anaheim team keep up the pressure. They got eight shots and the Canadiens eight, but the home team had by far the control. Still, the frame started with Montreal scoring its second goal. The netminder wasn’t set when Galchenyuk shot the puck. “Reminds me of a Hiller goal,” was what went through my head as the puck crossed the line.

Anaheim tied it up on the power play when David Perron put a puck across the crease to Corey Perry, who shot it in from about a foot from the goal line. He leads the Ducks with 27 goals, way out in front of Rakell’s 16. The Ducks then continued to control the play, with the most dangerous chance Perron shooting one high off the blocker of Condon and seeing Cogliano not able to reach the rebound.

OT produced nothing except a too-many-men moment where the Ducks’ closest guy of four to the bench was Kesler at 20 feet, but he scrambled back and nothing was called. The Canadiens did have a shot shanked by Galchenyuk off a pass from Eller. The Ducks had a chance thwarted when Getzlaf and Perry passed the puck one time too many and didn’t get a shot at all. When that was missed, Pacioretty and Plekanec took off for Montreal. The puck went across the crease on a fast pass and with Gibson doing the splits, but it went under the forward’s stick for no shot. Gibson took a while to get on his feet after that one.

OT ended at 2-2, and the shootout started with Perry holding the puck and shooting it into Condon’s glove. Then the Habs missed. Silfverberg next put the winner into the net by wheeling in fast, doing some leg fakes, and firing a missile into the top goalie’s left corner. A rocket. Beautiful.

Montreal, in truth, didn’t put up a good shot in any of three attempts during the shootout. Perhaps this lackadaisical effort was, more than anything else, emblematic of what the Canadiens have become. Even though they had decent fan support in Honda Center—lots of Habs sweaters, many people gathered down low near the team to watch the warmup, some degree of vocal support during the game itself—they just didn’t seem to have much mojo. Sure, they were coming off a 6-2 drubbing by the Sharks, and yet they’d won two before that and three of four, with an OT game sprinkled in, so they should have had at least some momentum. But no. It was like seeing any old team out there.

PS When the announcer said after the game during an interview with Perry that the Ducks were now tied with the Kings for the Division lead, a huge cheer went up from those remaining of the announced 15,200 in the place for this Wednesday contest.

Maybe times have changed and the spirit of hockey has shifted West. That makes me glad I’m out here, not in Montreal where I grew up. But what about the kids huddling under their covers on Victor Hugo Blvd., where I lived, and listening to the game tonight? How are they supposed to feel the magic of the most storied franchise in hockey?

I think I’ll quit here, rather than trying to answer that question. The game ended 3-2, and Anaheim’s roll continues.

New player McGinn scored, as noted. Brandon Pirri is out with an ankle injury. Patrick Maroon is gone via trade, and Despres is out ill.

The only other personnel note is that Shawn Horcoff is skating again, waiting for his suspension to be over, which it will be on March 11th.

The Habs now head up the road to play Los Angeles, while the Ducks head out to Arizona before facing those same Kings Saturday at 1pm.