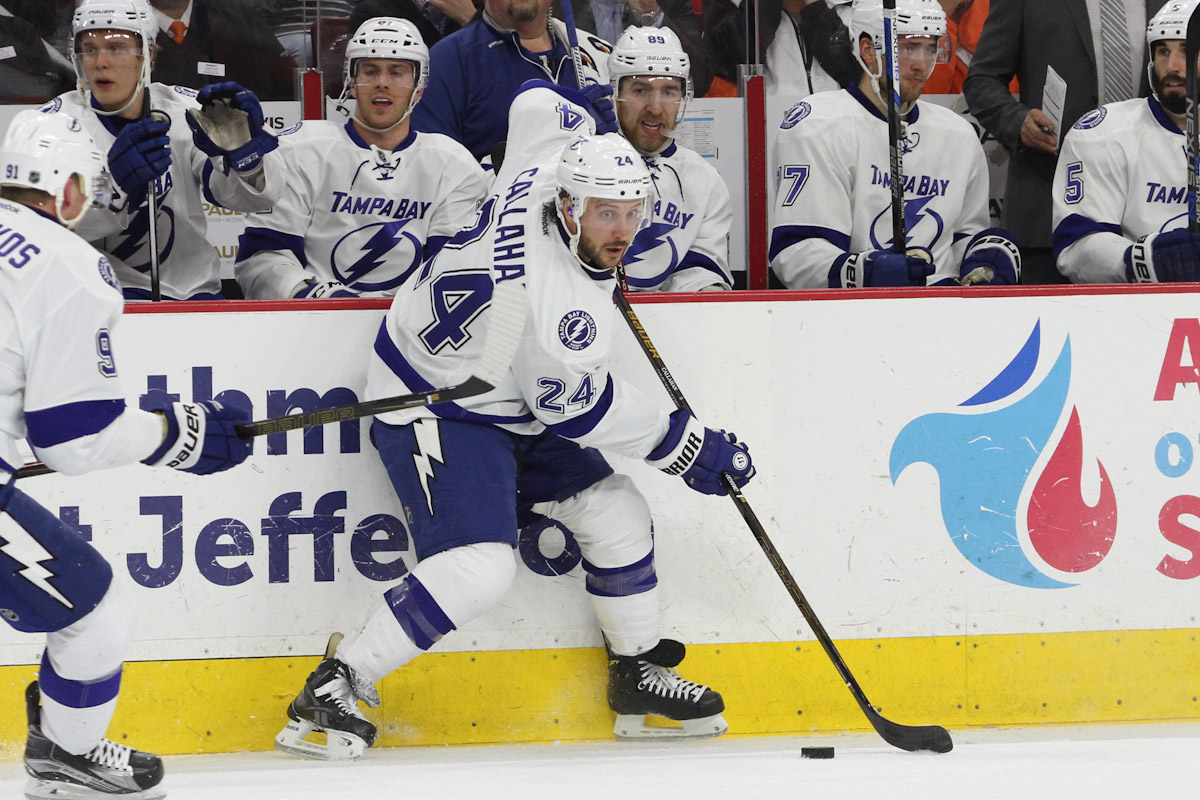 The Tampa Bay Lighting and Detroit Red Wings meet again this year in the first round of the playoffs. Last year the Lighting prevailed in 7 games, and went on to the Stanley Cup Final. The Red Wings gave the Lightning all they could handle before moving on. This analysis begins with Tampa Bay.

The Lightning finished second in the Atlantic Division winning 46 of 82 games outscoring their opponents by 26 goals. On paper the Lighting are the superior team (again), but are dealing with some key injuries. Their top scoring forward Steven Stamkos with 36 goals is out for the season, along with one of their best defensemen Anton Stralman. Questionable is forward Tyler Johnson who was injured during the last game of the season in Montreal. Also Questionable is forward Nikita Kucherov who scored 30 goals along with forward Ryan Callahan and defenseman Victor Hedman. They are all day-to-day. Tyler Johnson was a Red Wing killer during last season’s playoffs scoring 6 goals against the Red Wings. The rest of the Lightning lineup features many good young players who can contribute. Goaltender Ben Bishop had another suburb season with a GAA of 2.06, and since he is very tall covers most of the net. This is a team that should prevail, unless injuries prove otherwise.

The Red Wings are a team in transition and played like it all season. They won 41 games, and were outscored overall by 13 goals overall. What makes the Red Wings making the playoffs even more amazing is leading the NHL in one-goal games while winning most of them. Another surprising statistic is they only scored 211 goals this season, a total only higher than the 1970 team, which played fewer games, but only won 16 games then. All that means nothing now as a new season begins.

Veteran players Henrik Zetterberg, Niklas Kronwall, and Pavel Datsyuk all showed their age this season, which partially explains the team’s struggles. Add the possibility of Datsyuk  retiring is an issue that will be addressed during the off-season. Another reason for the team’s problems was the reduction of goal scoring by Tomas Tatar and Gustav Nyquist, particularly Nyquist. The younger players were expected to pick up the slack this season but really didn’t materialize. A bright spot was the emergence of Dylan Larkin who at 19 years old pretty much came out of nowhere and had 45 points including 23 goals. Without Larkin, no playoffs. There are other younger players in the pipeline who are expected to contribute in the future.

The Red Wings also signed veterans Mike Green (Defense) and Brad Richards (Forward) during the summer. While they did contribute they could have done more to help the team.

The defense was the biggest thorn in the Red Wings side this season. Again the Red Wings are trying to incorporate some younger players on defense, but as a whole they have been turnover prone. As an example Brendan Smith while being an offensive minded defenseman has been turnover prone, but still has a plus one rating. He was benched in favor of Alexey Marchenko who plays more of a defensive game. Niklas Kronwall has a minus 21, which is another explanation of the defensive shortcomings. The other defensemen have decent plus minus numbers, but still have trouble moving the puck out of the defensive zone.

Lastly are goaltenders Jimmy Howard and Petr Mrazek. Both had their up and down performances during the season. Mrazek carried the team until Valentines Day, and seemed to hit a wall. Howard was struggling up to that point, but then carried the team after Mrazek slumped and will likely start the playoffs. So like the rest of the team the goaltenders were Jekyll and Hyde.

If the Lightning were healthy I would pick them over the Red Wings in this series, but they are not. The Red Wings should play a relaxed game, as they are happy to be in the playoffs. The Lighting are expected to advance, hence the pressure is on them. Factoring all of these variables in it will be the Red Wings in 6 games.