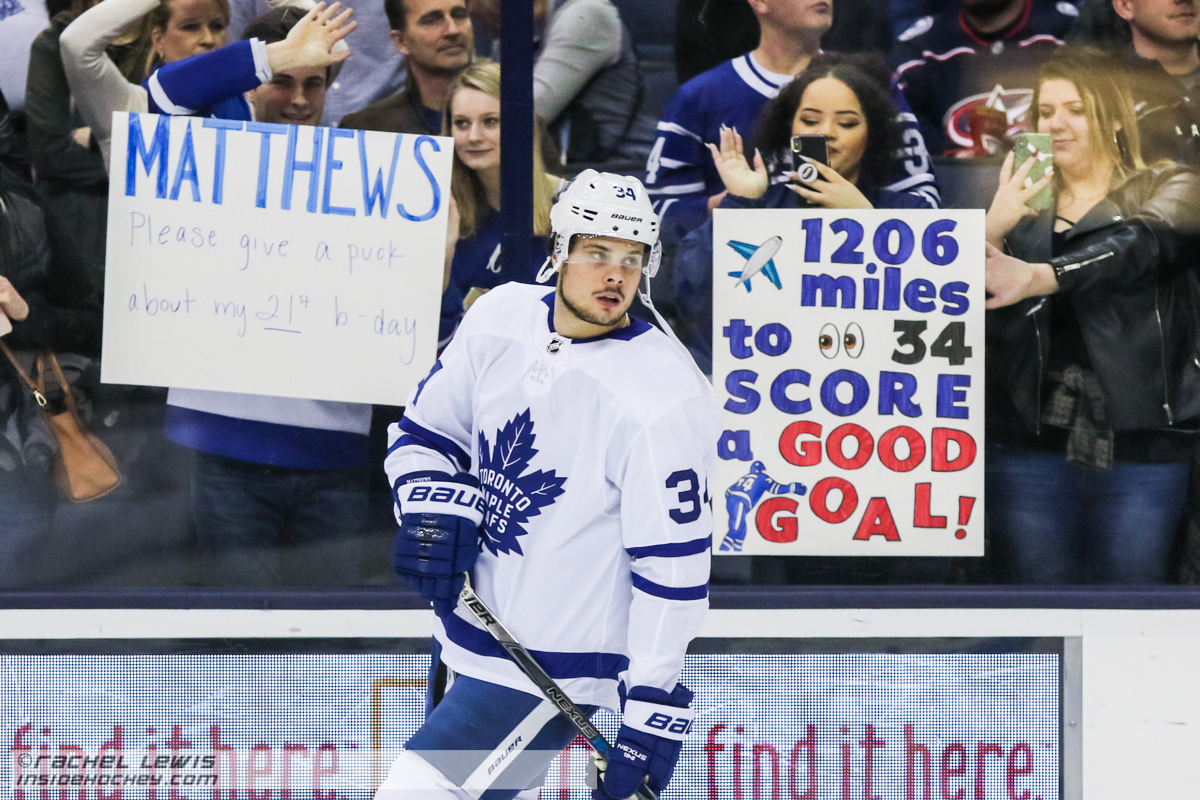 When John Tavares signed a seven-year, $77 million contract with the Maple Leafs as an unrestricted free agent, many knew the challenge ahead for Kyle Dubas: find a way to keep the club’s drafted core of William Nylander, Mitch Marner and Auston Matthews in the fold long-term. On Tuesday they took another step in completing that puzzle.

Matthews and the Buds agreed to a five-year extension worth an annual average value of $11.634 million. The deal keeps the first overall pick from the 2016 draft in blue and white until 2024. Then, the 26-year-old should be able to cash in on another lucrative contract as an unrestricted free agent.

In many ways, Matthews’ contract might be the tipping point in changing the way second contracts around the league might look with several several high-profile RFA’s due new contracts at the end of the season. Among them: Marner, Kyle Connor, Patrik Laine, Brayden Point, Mikko Rantanen and Matthew Tkachuk.

In 38 games this season, Matthews has 23 goals and 23 assists for 46 points. A shoulder injury sidelined the center for 14 games this season. In 182 career games he has 97 goals, 81 assists and leads all players from his draft class with 178 points.