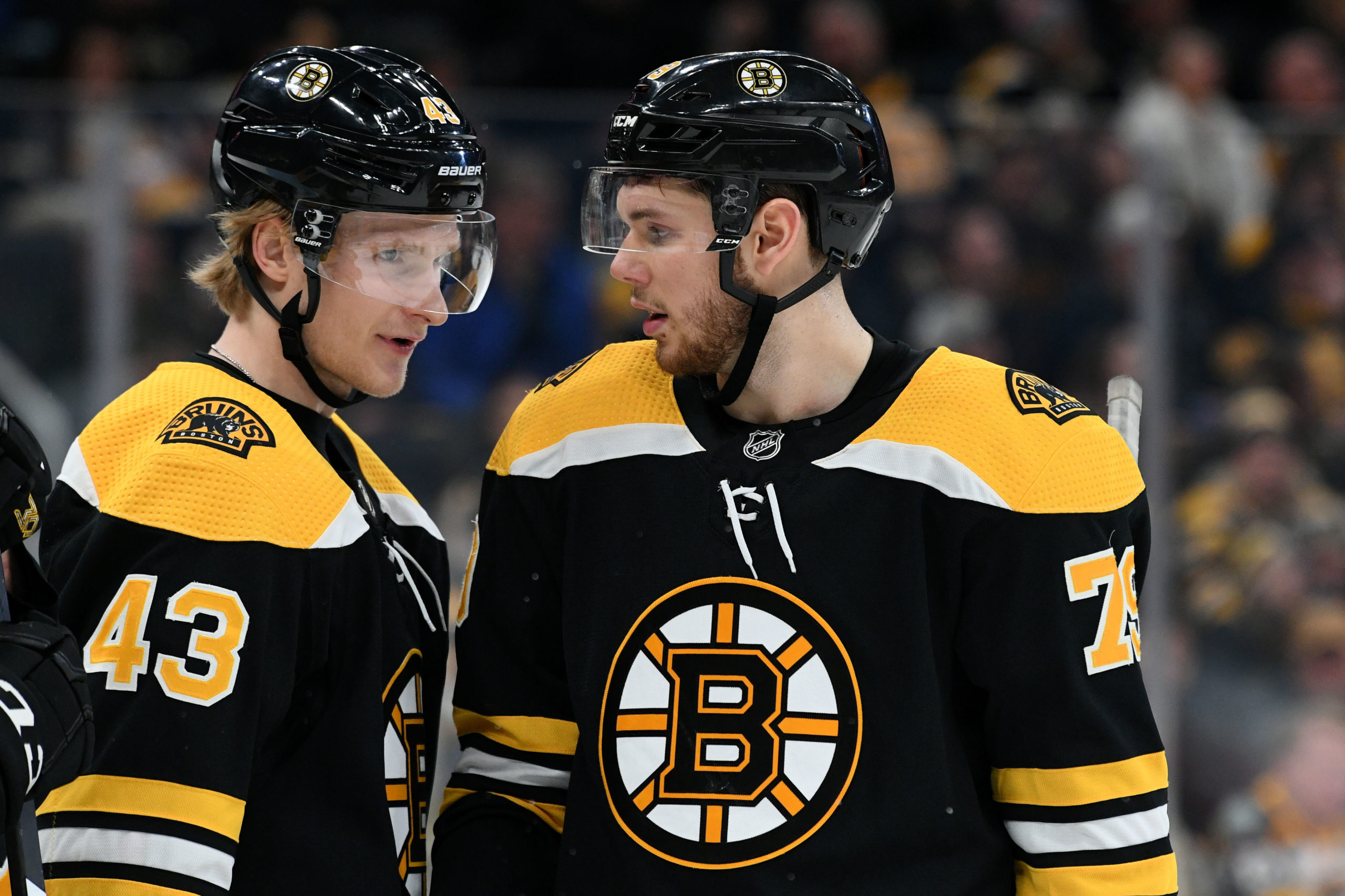 Lauzon and Blidh Should Remain As Reserves

Let’s just pump the breaks for a moment.

It is no secret that the Boston Bruins have experienced a harsh trip back down from reality after one of the hottest starts in franchise history throughout the first two months of the regular season. Boston started the season by posting a 20-3-5 record through December 3. However, the B’s have gone 9-7-7 since then.

Not terrible considering they are still the second-best team in the National Hockey League in terms of points, but as spoiled and greedy Boston sports fans, we should be expecting better.

The Bruins are currently on their bye week, and they will resume their schedule with back-to-back road games this coming Friday and Saturday night. The Winnipeg Jets will be up first, followed by the Minnesota Wild. With the way those two teams play, that is not exactly easing back into things.

Prior to the bye week, B’s head coach Bruce Cassidy and the rest of the organization intended to send a message that would reverberate across the locker room. Veteran forward (and fan favorite) David Backes was placed on waivers for the purpose of being assigned to Providence.

Honestly, that felt strange to even type such a sentence.

Beyond that shocking piece of news, Cassidy opted to sit some veteran players in the lineup in exchange for some of the younger guys. Defenseman Jeremy Lauzon and forward Anton Blidh both got the nod for the Bruins in the game against the Vegas Golden Knights last Tuesday night.

Lauzon notched a goal and was a plus-two while recording 15:38 of ice time. Blidh recorded one shot and three hits in just under 10 minutes of ice time. This was Blidh’s season debut as he was recovering from shoulder surgery for the last several months.

Overall, both players looked really good. Lauzon and Blidh provided a spark that the Bruins needed to end the unofficial first half of the regular season on a high note. They each played responsible hockey and played to their strengths perfectly. Both guys definitely earned their spots in the lineup on that night.

However, did they do enough to remain there?

The short answer is a resounding “no” when it comes to that question. We are not here for the short answer, though. Justification comes in the form of a long answer.

Lauzon and Blidh replaced John Moore and Joakim Nordstrom, respectively, in the lineup for that tilt against the Golden Knights. Moore has been one of Boston’s most consistent defensemen this season since returning from injury. The 29-year-old blue liner has been able to log ample minutes while playing shutdown hockey and not making any crucial mistakes.

When it comes to Nordstrom, he has posted four goals and two assists for six points through 37 games this season. He is also a vital piece on the penalty kill and is not afraid to throw around a hit or two.

Those are the two guys that were replaced in the lineup, both of whom did not necessarily do anything to lose their spots in the long term. If Cassidy wanted to send a message for one game, then that is fine. It is a long season and preserving players for the postseason is not a “reinventing-the-wheel” type of strategy by any means.

However, to say that Lauzon and Blidh did enough to keep playing at the NHL level is not accurate. Yet, that has been the noise buzzing around the team over the course of the last few days. Lauzon is a future NHL-caliber defenseman who will certainly get a full-time crack at the big club when Zdeno Chara retires. Until that happens, the Bruins have a log jam of defensemen.

On the other hand, Blidh is a fourth liner. That is not an insult because teams across the entire league still need depth pieces that play physical and contribute in areas besides scoring goals. He should be conditioning himself down in Providence to get his legs back.

When the Bruins play their next game on Friday night, we should expect to see the regular lineup. Simultaneously, we have not seen the last of Lauzon or Blidh this season. Their time will come.