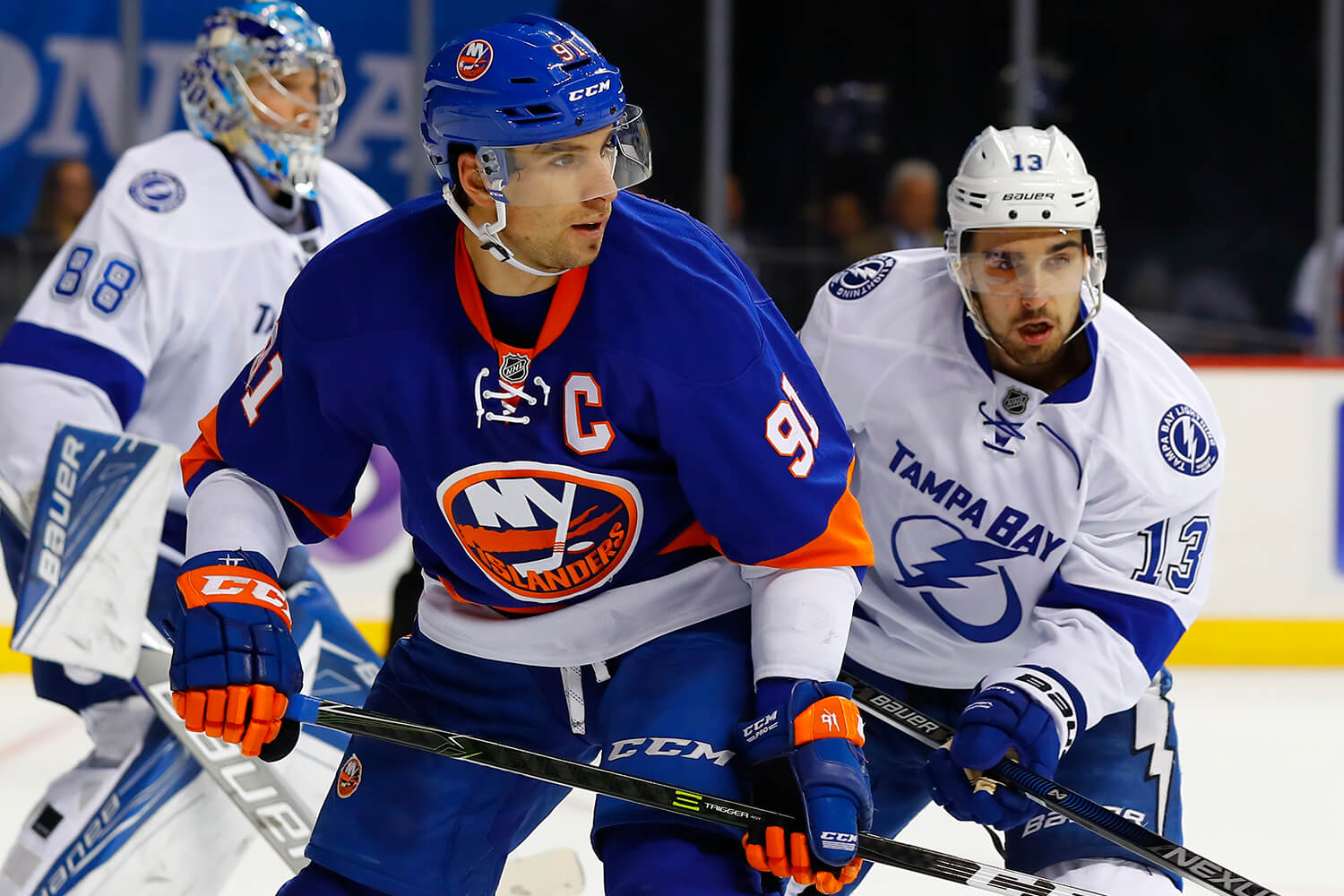 Depending on which sports social circle one is in, the name John Tavares could mean something very different.

For hockey fans, or the vast majority of mainstream sports fans, that is the name of a New York Islanders center who is the former first overall pick in the NHL. Tavares has developed to become one of the premier players in hockey.

For lacrosse fans, it means the all time leading scorer in the National Lacrosse League and an icon in professional lacrosse after being drafted by the Buffalo Bandits in 1992.

Between the two, while the younger Tavares, the nephew of the Bandits’ legend, lacrosse is a family affair.

“I have a big passion for it,” said Tavares before the Islanders game in Boston last week. “As a kid growing up I never liked one better. I played two different sports at two different times of the year and enjoyed both. Obviously I have an uncle that I really look up to so I have a great appreciation of lacrosse players and those guys as athletes.”

The eldest Tavares retired after the 2015 season with 1,749 points, the most of any NLL player ever. He also finished as the all time leader in goals, assists, games played and was second all time in loose balls, all while spending his entire career with the Bandits.

The Islanders’ Tavares, who was drafted in 2009, continued his lacrosse career with the Jr A Mississauga Tomahawks for two years while playing junior hockey with the Oshawa Generals.

“It’s been great in a number of ways,” Tavares said of his lacrosse background. “I really enjoyed it growing up. I never really looked at it as liking one sport better than the other. For me it was always exciting playing lacrosse every time.”

With sports that are so similar, it’s easy to see how excelling at lacrosse helped Tavares’ hockey career.

“People always ask me about the hand eye coordination but I feel like the biggest thing was rolling off checks and moving through traffic and really being able to have that coordination with your body and your hands and being able to move with time and space with other people moving and things like that always translate well.”

The last time Tavares played competitive lacrosse was in 2006 with the Tomahawks where he had 63 goals and 69 assists over the course of two seasons, where he played an age group above. In that 2006 season, his 79 points was seventh in the league in scoring.

Tavares isn’t the only NHL star to have donned the lacrosse floor in Canada. Hall of famers Adam Oates and Joe Nieuwendyk and even Wayne Gretzky were a part of the junior circuits in Ontario before their hockey careers took off. Oates was the top scorer in the OLA in 1981 with Etobicoke while posting 102 points. Nieuwendyk has the OLA’s rookie of the year award named after him, and played for five seasons with the Whitby Warriors, including a 143 point season in 1984.

Tavares’ former Islanders teammate, Matt Moulson now of the Buffalo Sabres, also was drafted in the fourth round to the Rochester Knighthawks, higher than he was drafted to play hockey, but decided to pursue an NHL career. Moulson also played with the Tomahawks before going to Cornell to play hockey.

“I think the sport is going more towards specialization but I’ve always said as a kid, you really should try to find your true passion and something you love to do and develop that,” Tavares said. “It’s also important to try many different things. It helps you become a better athlete, you learn many physical skills and understand different sports. Whether it’s lacrosse, or kids play basketball or volleyball or any sport, I think it helps improve your athleticism.”

Now in his eighth season with the Islanders, and a captain for the NHL team, Tavares still keeps an eye on the NLL, even with his uncle now retired and the offensive coordinator of the Bandits.

“I certainly miss it, but I still follow it a lot; it was great growing up with the game.”