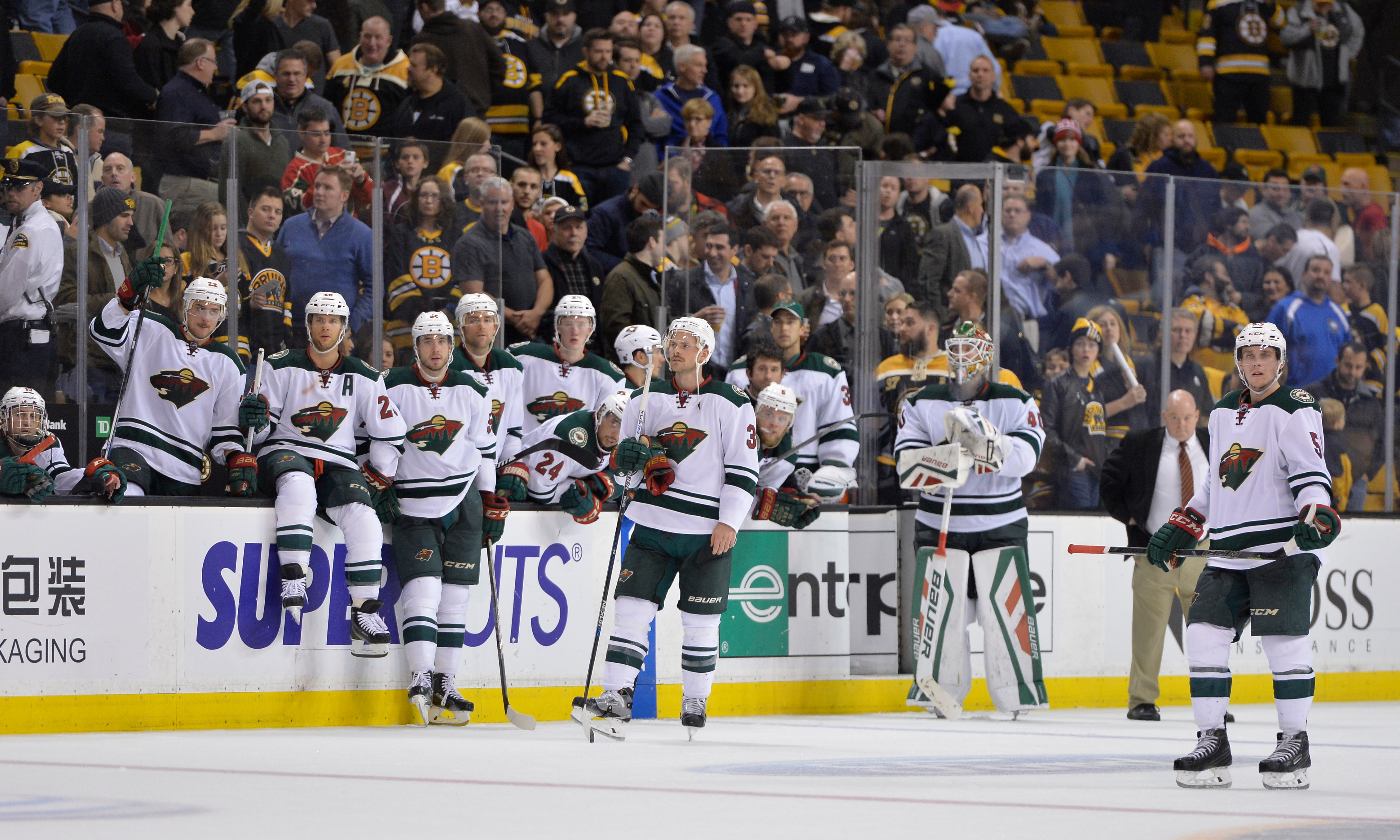 The Wild watch as Minnesota Wild left wing Jason Zucker (not shown) is helped off of the ice during a NHL game on November 19th, 2015. (Brian Fluharty/ Inside Hockey)

Kirill Kaprizov: From Moscow to Minnesota?

During the mandatory NHL season hiatus, team general managers are still at work trying to find the right pieces to fill their rosters.  Trade and draft moves need to be made not only in case this season does resume, but to make sure each NHL team is ready to compete for the Stanley Cup next year as well.

The Minnesota Wild are looking for young players to fill their roster and are willing to take a calculated gamble on one of the hottest hockey players in the world who has never put on an NHL uniform.  That player is Kirill Kaprizov and Wild fans should more than likely put that name into their collective memory.  Kaprizov is not only one of the hottest European prospects in the Wild youth pipeline but is widely regarded as one of the absolute best hockey players currently coming out of Russia.  Kaprizov has never been tested by NHL-caliber players but the Kontinental Hockey League (KHL) is regarded as the best hockey association outside of the NHL; many KHL alumni are now playing in North America and Kaprizov may soon be joining those ranks coming to play hockey for the Wild.

Kirill Kaprizov was originally drafted by the Wild in the fifth round of the 2015 NHL Draft and like many other young Russian players, Kaprizov chose to remain and play in the KHL to better hone their playing skills.  In his young career, Kaprizov has already turned heads with his accomplishments.  In the 2018 Winter Olympics, Kaprizov was the youngest player on the “Athletes from Russia” hockey team which earned the gold medal and a year later helped CSKA Moscow win the Gagarin Cup, the Russian equivalent to the Stanley Cup.  During the 2019-20 season (which has been cancelled by the KHL), Kaprizov scored 33 goals and 29 assists in 57 games, including six power play goals as CSKA Moscow was on track to win a back-to-back Gagarin Cup until their season was abruptly ended.

In an effort to not only ensure that the Wild’s prospect reloading was on track but help convince Kirill Kaprizov that the Minnesota Wild is his team of the future, Wild GM Bill Guerin made an extraordinary trip to Moscow this past December to meet Kaprizov.  Despite his limited English knowledge, Kaprizov seemed eager to move on to the NHL as his current contract in Russia expires on April 30th.  During their meeting, Guerin expressed a sincere interest in the young Russian winger and his desire to bring Kaprizov over to the NHL and play for the Wild next season: “He was not shy.  He’s got a great personality, and I think he’ll do fine.”  -Bill Guerin, The Hockey News, Future Watch 2020.

Other top NHL pundits – including Chris Peters of ESPN – also feel that Kaprizov will have an immediate impact on the NHL in general and the Wild in particular.  Peters currently lists Kaprizov as his top prospect in his “Top 50 NHL affiliated prospects” and feels that he will be able to compete for a Calder Trophy during his rookie campaign.  What does this all mean for the Wild as they try and develop their prospect pool?  If and when Kaprizov does sign with Minnesota, Bill Guerin will be able to pull off one of the most significant player moves for his organization in years.  As the Wild currently sit with a 35-27-7 record and 77 points, they are riding on a fourth place wild card spot, one point behind Nashville and Vancouver and three points away from wild card leader Winnipeg.  Regardless of this season’s outcome, once Kirill Kaprizov can adjust to the North American game and life in Minnesota, he will quickly have an impact on the future of the Wild organization and become a well-known name throughout the hockey world.