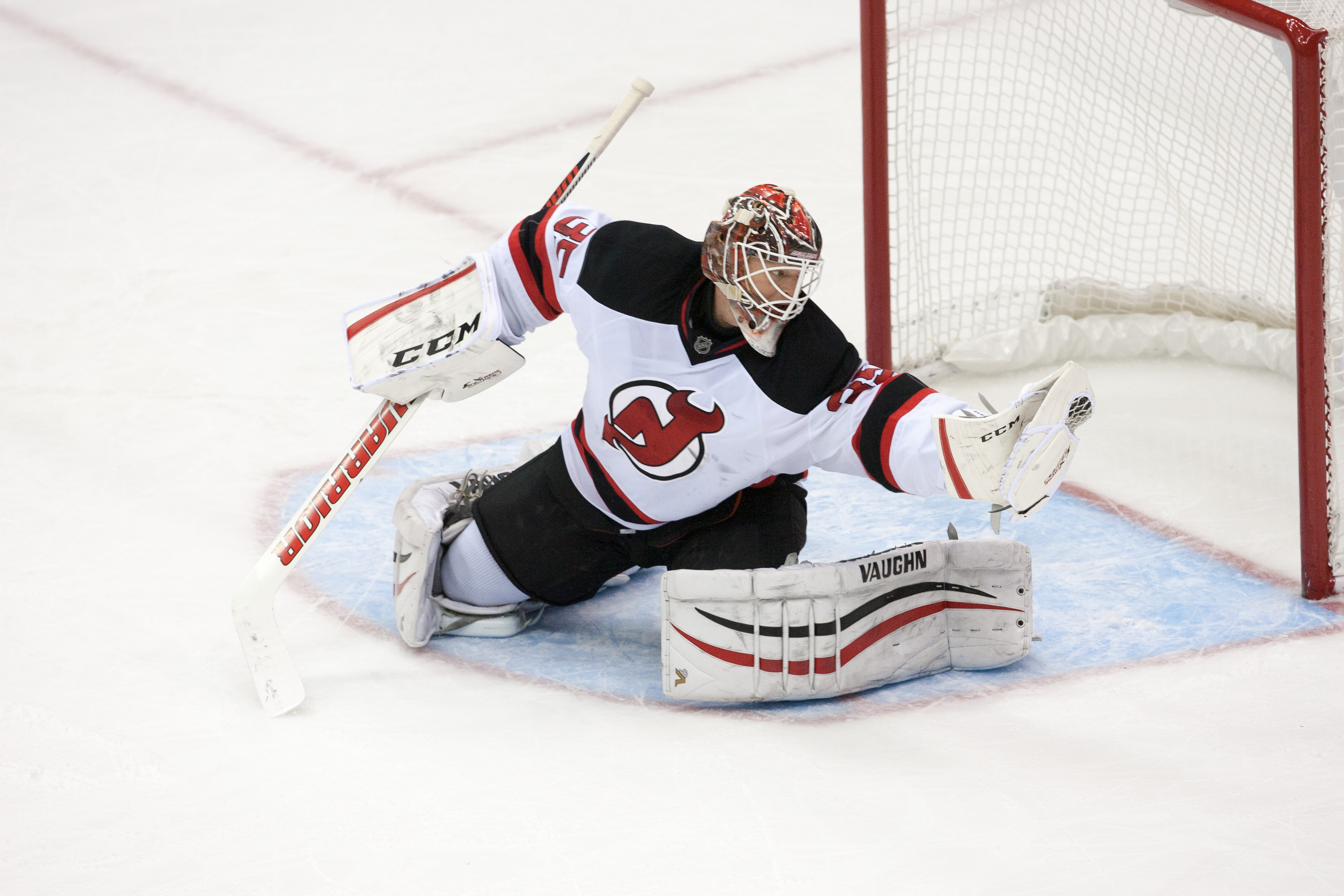 Keith Kinkaid sat at the far right of the bench in Tuesday night’s win, his head turning as the action on the ice passed him.

“It’s just exciting, especially since we’re winning,” Kinkaid said laughing. “It’s 2-0 since I’ve been up here. Obviously that’s got nothing to do with me, but guys are playing well and it’s good to see them finally get back on track.”

While Kinkaid, who’s serving as Martin Brodeur’s backup, might not be playing for the big club, he still finds the value in being in New Jersey’s locker room.

“[I] just come to the rink everyday, doing my best and showing them what I have and proving I actually belong here,” Kinkaid said.

The 24-year-old goalkeeper was initially recalled by the Devils on Saturday under the goaltender roster exemption. He backed up Brodeur in New Jersey’s victory over Boston due to an injury to Corey Schneider.

“I was just confused about what happened,” Kinkaid said. “[I] was told to go after our game up in Albany and just to drive down to Boston that night, so it was pretty exciting.

“Anytime you get the call [there’s] a big smile on your face, so I was just really excited.”

After that win, Kinkaid was sent back down and practiced with Albany on Monday morning before being called up again for Tuesday’s game against Tampa Bay.

“I take the experience every time I’m called up here,” Kinkaid said. “[I] just take the advice they give me and put it towards my game down in Albany to show them I belong here.”

Kincaid also spent time in New Jersey last season and appeared in his first NHL game on March 5, 2013, when he allowed one goal and made 12 saves.

“It’s a big learning process,” Kinkaid said of the adjustment form Union to Albany. “[There are] bigger, longer seasons and you have to manage your body. … I think I’ve taken the past two years of experience and it’ll definitely help me for this third year.”

In his sophomore year at Union, Kinkaid earned the Ken Dryden Award as the ECAC’s top goalkeeper and led the league in wins. After Union’s NCAA Tournament loss, he singed an entry-level deal with the Devils.

While the 24-year-old said he has never dealt with a situation similar to being sent down to the minors, he remembers getting called up to play for the Des Moines Buccaneers in the USHL.

“That was pretty exciting,” Kincaid said of the move.

“But that doesn’t compare to here. This is my goal and I just love it up here,” Kincaid said.

“[I] Just [love] the atmosphere and the fans and being with the guys and all. They’re all tremendous guys and nice and help you out and everything.”