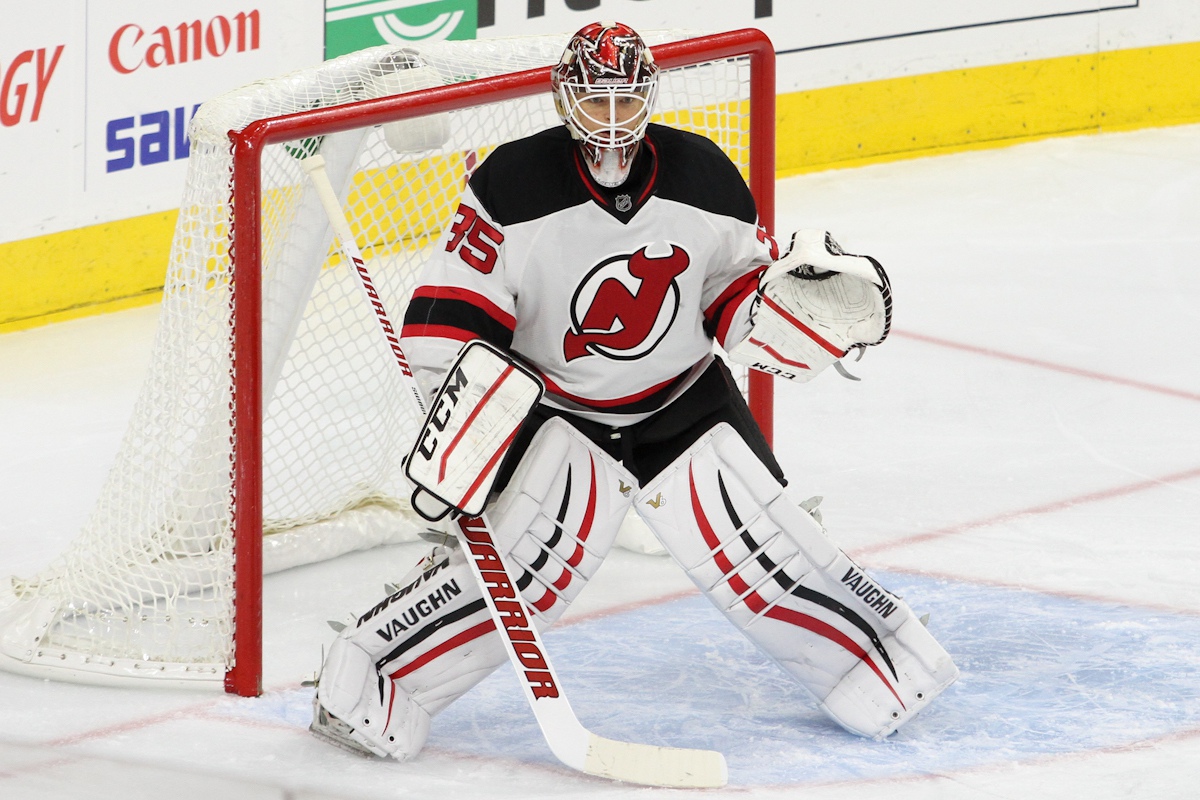 Kings Blow It at Home

Regular readers of NHL media information probably know more than they need to about the Eastern Conference teams. Why is that? Because despite the fact that the Stanley Cup has been won by the West in six of the last ten years and four of the last five, the media is concentrated on the East.

Sure, it’s got something to do with the time zones. Who wants to be watching games at 10:30pm on a weeknight, as an LA Kings fan living anywhere from Dayton to Great Neck would have to do. But it’s also a matter of simple neglect. Even the powerful in the Canadian media concur, as I learned talking to a fellow reporter the other night.

All of that to say this: if you’re here for Devils coverage, since they played the Kings on Wednesday night, you’re going to be disappointed. I do, it is true, often try to feature the visiting team, since it’s kind of boring for you if all I do is endlessly prattle on about the Kings every game. Not that they’re the two-time Stanley Cup champs or anything.

But tonight, it’s all about them, because stuff’s actually happening in LA, partly due to the team’s having to deal with a couple of key injuries, and partly because the players seem to be on a series of important streaks of late.

Let’s start with the streaks. Martin Jones, the backup goaltender, is coming off a shutout versus Toronto. He does that frequently—come off of shutouts. Why is that so? Because of the 29 games he’s appeared in in the NHL, in seven, he has allowed zero goals. No goalie since the 1967 expansion has reached seven shutouts that fast. The prior one to do it, in 32 games, was Steve Mason, and the all-time record is held by Frank Brimsek, of the Bruins, who got seven in his first 22 games.

His nickname? Mr. Zero. Does that make Jones Mr. Sub-Zero? Oh wait, that would only be if he’d done the deed in 21 games or less.

Mike Richards recently played his 700th NHL game (it only feels like he’s been around way longer), and Dwight King just got to 200, against the Devils.

Drew Doughty is closing in on Visnovsky in the Kings D-man all-time scoring ranks for goals and power play goals, as well as games played. This is the turn of history, isn’t it? It seems like yesterday when Lubomir Visnovsky was firing away from the point on the Kings’ PP. And not much later than that that Doughty was a newbie. Now here he is making team history.

Similarly, Dustin Brown just surpassed Butch Goring’s record for 6th overall in team games played. Boring had 736. Wait. That means that Brown has played more games than Richards. Does that feel right to you? Not to me.

Here’s another one. Kopitar, who is on pace for about 70 points on the year, will surpass 600 if he gets 21 more. It seems so recently that he was blowing around Chris Pronger to score his first NHL goal.

Now to the team level. The Kings, in shutting out the Leafs Monday, did something they hadn’t since 1988, when Rollie Melanson got a 3-0 win over the team.

The team also has a milestone of sorts in that they just recorded their 900th home win. In less than a couple of dozen games, the team will have played 3700 in its history, and whoever records their next shutout will have the team’s 200th.

On the bad end, both Toffoli and Pearson are out for extended periods, as I reported after the last game. In their absence, Jeff Carter is playing with Kopitar and Gaborik, and drawing into the lineup are two others, Andy Andreoff and Jordan Nolan. Nolan was kind of the on-the-spot last man, having played 21 of the team’s 43 games coming into Wednesday. Andreoff is a call-up, having played the first eight games of the year, then going to Manchester. He came up for the December 30th contest versus Edmonton, and played against Toronto. He was also in the lineup for New Jersey.

Waiting for his chance is Nick Shore, who is now the reserve forward. He has been scoring at a better than point-a-game pace in Manchester, and has yet to appear in the NHL with the Kings, the team which drafted him in 2011, round three. He’s a Yank, from Denver.

The other lines aside from that with Carter are Jordan, Andreoff, and Kyle Clifford, who are all playing quite solidly, creating offensive chances. Then there’s Stoll, Williams, and Brown, and finally King, Richards, and Lewis.

Nothing much is working, scoring-wise, right now, however. The team came into the night with a decent 121 goals for (only Calgary in their Division has more, and that’s just two more), but aside from six goals in a losing effort to Nashville and four in a losing effort to Winnipeg, both totals which produced an OT point but no win and which both certainly drove up the team’s average, in their last ten games, the Kings have scored three or fewer goals eight times.

Now, it is true that Sutter has said it’s a 3-2 league, the idea being that if a team posts a trio of goals, they’ll win most nights, but in those ten games, the Kings have won only three times, though they have forced OT on four occasions. This is not an unfamiliar refrain. In fact, it’s probably accurate to say that just about this time every year, we’re lamenting the lack of LA scoring. Somehow, they always seem to make things come out right in the end. It’s all about making the playoffs, as Sutter always says.

On that note, the Kings came into Wednesday in third in the Pacific. They were thus ahead of wildcard team Winnipeg though behind them in points. The other wildcard team was the Canucks, so that should they have won on the night and the Kings lost, the LA team would find itself in eighth in the Conference, just three points clear of Calgary. As it was, the Canucks were idle. The other thing to note about them, though, is that coming out of Wednesday night, they had three games in hand on LA. Hmmm. The playoff picture at the bottom of the Conference is altogether confused at this point.

And now a few bits about the game. Jones started, as was expected with his having had a shutout the game prior (and, let’s face it, with New Jersey and their losing record in town). He didn’t get tested except once in period one, and the Kings had three power play tries in the period, but they didn’t get one by Schneider.

However, Jones let one in, a shot that came to the front of the net on the power play and was then squibbed around and, it appeared from the overhead camera angle, shoved in by the skate of Matt Greene. Each team had but five shots, though for the Kings, that should have been six. One came from the point and was deflected on net but not counted. I’ll spare you my usual comment about the off-ice officials in this town and their entire lack of on-ice experience in this game.

Period two saw the Kings completely fall apart. They came into the frame losing by a goal, tied the game, and then watched as their defense, literally, put a bunch of goals past first Martin Jones and then Jonathan Quick on deflections and plays that went off their bodies somehow.

In fact, putting Quick in seemed a foolish move, as his first action saw him doing an awkward splits move to his lefthand side. It looked prime for an injury, but he survived, only to find himself lying in the crease as the puck was backhanded over him. On goal five, the puck came from the point, was knocked down by Muzzin, and then shoved into the net by Ryder.

With friends like these, do the LA goalies need any enemies?

Period three saw the Kings (with Jones back in net) notch two goals, but all that did was make Jonathan Quick the losing netminder of record. Despite playing only 8:40 of period two, he was in net for the fourth goal, the eventual winner (and the fifth, irrelevant in the end).

The Kings now await Saturday, when the Ducks will be in town after having themselves faced the Devils Friday night. That night, there’s a ceremony to retire Rob Blake’s number before the game. Local fans will have to wait and see whether the Charles E. Smith Jr. line, “when the banner goes up, the team goes down” comes true.

Why does New Jersey carry players they never use? Tootoo and Joe Whitney played played under two minutes each in period one, and hadn’t cracked four at the end of two. With three gone, they were each in the six-minute range. By contrast, the lowest minutes total for LA through two was Jordan Nolan, but he was just a second under six minutes, and he’d served a fighting major for a hold-on scuffle with Mark Fraser in period one. By the end of three, he and Andreoff each had over 11 minutes.

You read? My new book, Facing Wayne Gretzky, might be of interest.