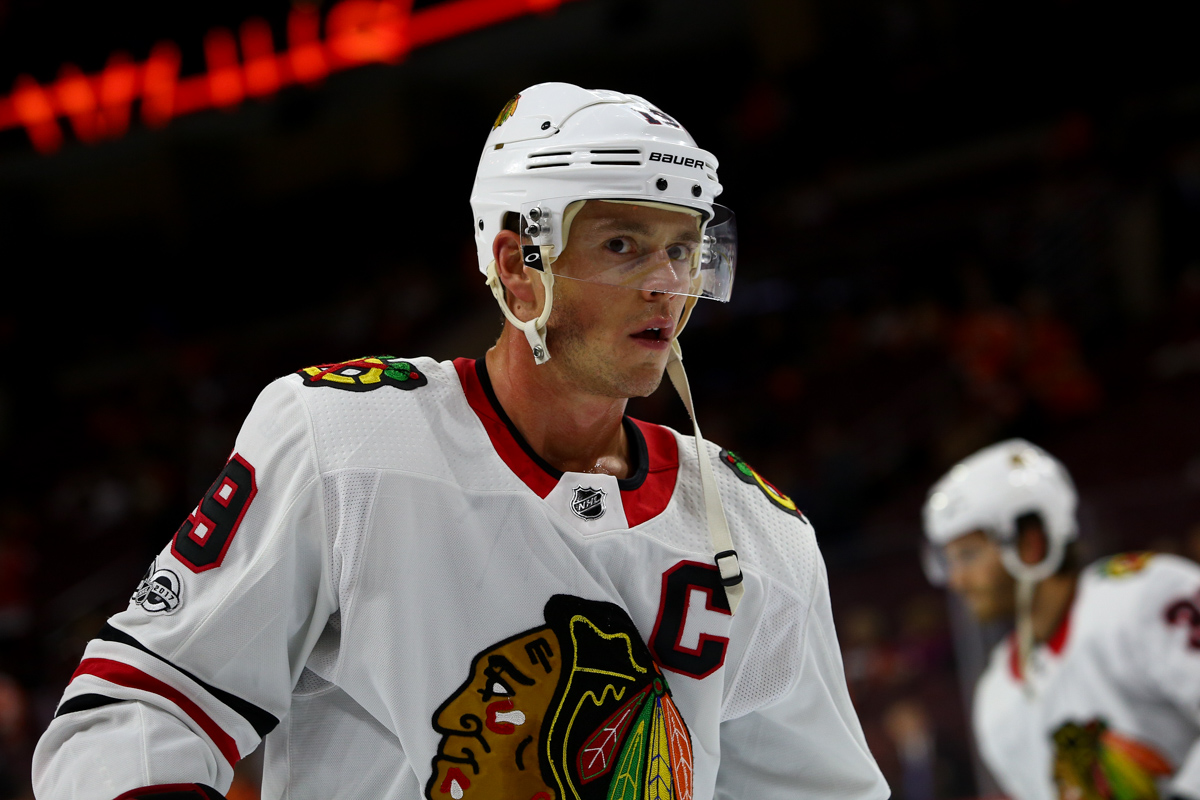 The LA Kings flat blew it on Saturday afternoon with Chicago in town. Not only did they lose to a statistically weaker opponent, they did in in dramatic fashion.

After period two, in which Los Angeles poured in three goals, two on egregious turnovers by Chicago, it looked to be done. But the Blackhawks scored four unanswered in the third period, including two on power plays. Heck, they didn’t even need the third. Just the last ten minutes of it. The first goal of the frame came at 10:48.

How did this happen? Inattention to detail. The Kings outshot the opponent 14-8 in the second period. They controlled the puck, and when they didn’t Chicago, as was said, didn’t help themselves. Tanner Pearson tied the game 1-1 when he intercepted a D-to-D pass and streaked in alone. He golfed it over goaltender Anton Forsberg.

The third LA goal was Iafallo’s, his ninth of the year. He stole the puck straightaway from the Blackhawks and rifled a wrister that hit Forsberg’s leg and went past him. Bad giveaway, bad goal. The Kings had to feel like there was nothing Chicago could do right. It would be the fourth win in a row. It would back up their wins versus the Vegas squad and their 5-2 drubbing of the Columbus Blue Jackets two nights before.

None of that was meant to be. Instead, a Chicago team that had lost two in a row and was coming off a February slump of gaining just one point in games at one point surged. They bested the Kings 10-7 in shots in the period, and built on an early period flurry aided by the Kings’ lack of discipline. The penalties Chicago scored on were to Doughty and Pearson.

The Doughty one was four minutes, two for hooking and two for unsportsmanlike conduct—a demonstration of anger. Pearson’s was hooking, really quite unnecessary when the game was tied and there were two minutes to go.

Think that through—the team was within 155 seconds of gaining a point against a twelfth-place opponent. A point that they might have turned into two. The Kings had won a crazy game in OT just five days ago. Maybe they were already thinking about doing it again.

After the game, Kings coach John Stevens said, “It’s pretty obvious, right? Let’s not deny the elephant in the room. Totally undisciplined play. We let them back in the hockey game. It’s totally unacceptable They’re a good hockey team. They’ve got a lot of pride. I’ll just say this: it doesn’t matter what you do in a hockey game, you’re a part of a team, and everything should have the best interest of the hockey team. We put ourselves in an undisciplined situation in the third period and it ended up costing us.”

Doughty did not comment on the matter after the game. Anze Kopitar said, “I mean, we took a few undisciplined penalties, really. We got the 3-1 lead with some chances to put the game away and we didn’t do it, and we paid the price for that. Emotions run high this time of year. We all obviously want to contribute, play hard, but you have to do it within the rule book, and we didn’t do that today.”

That sounds more like he’s talking about Pearson. His no-no was a hook in the Hawks’ zone as he was chasing a puck to the left boards. Call that intensity. Doughty’s first two minutes might be excusable, because the Kings killed it. But that second two—that was the start of the Chicago comeback.

Anisimov scored that goal, and while it wasn’t chargeable to Quick, it was on a fat rebound off the leg pad. The puck bounced back out and Anisimov came down the slot and put it into the net. He would later say, “We had confidence when we scored that first goal (of the period). When we got the second power play with a few minutes left in the game, we already had confidence. We just executed it.”

Vinnie Hinostroza got the second of the period, the 3-3 goal.  Toews had the winner, and Kane put a puck into the empty net with three seconds to go.

On the positive side, Dustin Brown got his 300th career assist. Iafallo extended his points streak to three games, during which he has three goals and a helper. Kopitar, who got an assist, is in the top five in the league in points in the calendar year, with 31 (ten goals).

The Blackhawks now head down the road to Anaheim for another 1pm start. Hinostroza knows how important it is to keep the roll going. His feeling: “It felt really good to come from behind to win that one. Being in the locker room, everyone’s excited for tomorrow, come back and start the game out how we finished that one.”

Jonathan Toews said “It definitely doesn’t hurt your confidence when you can find ways to win games coming from behind on the road against a team like them. It’s something I think a lot of us are kind of used to. We can pop a couple late and put some pressure on them. . . . Hopefully it’s the type of thing that we can keep going and keep moving forward with same type of effort.”

The Ducks come off a win versus Columbus. They currently sit in the second wildcard spot in the West. And just so you don’t count Chicago out: they are 12 points out with 17 games to play. Not an easy task, but nobody’s willing to say it’s over, at least not until it’s mathematically over.