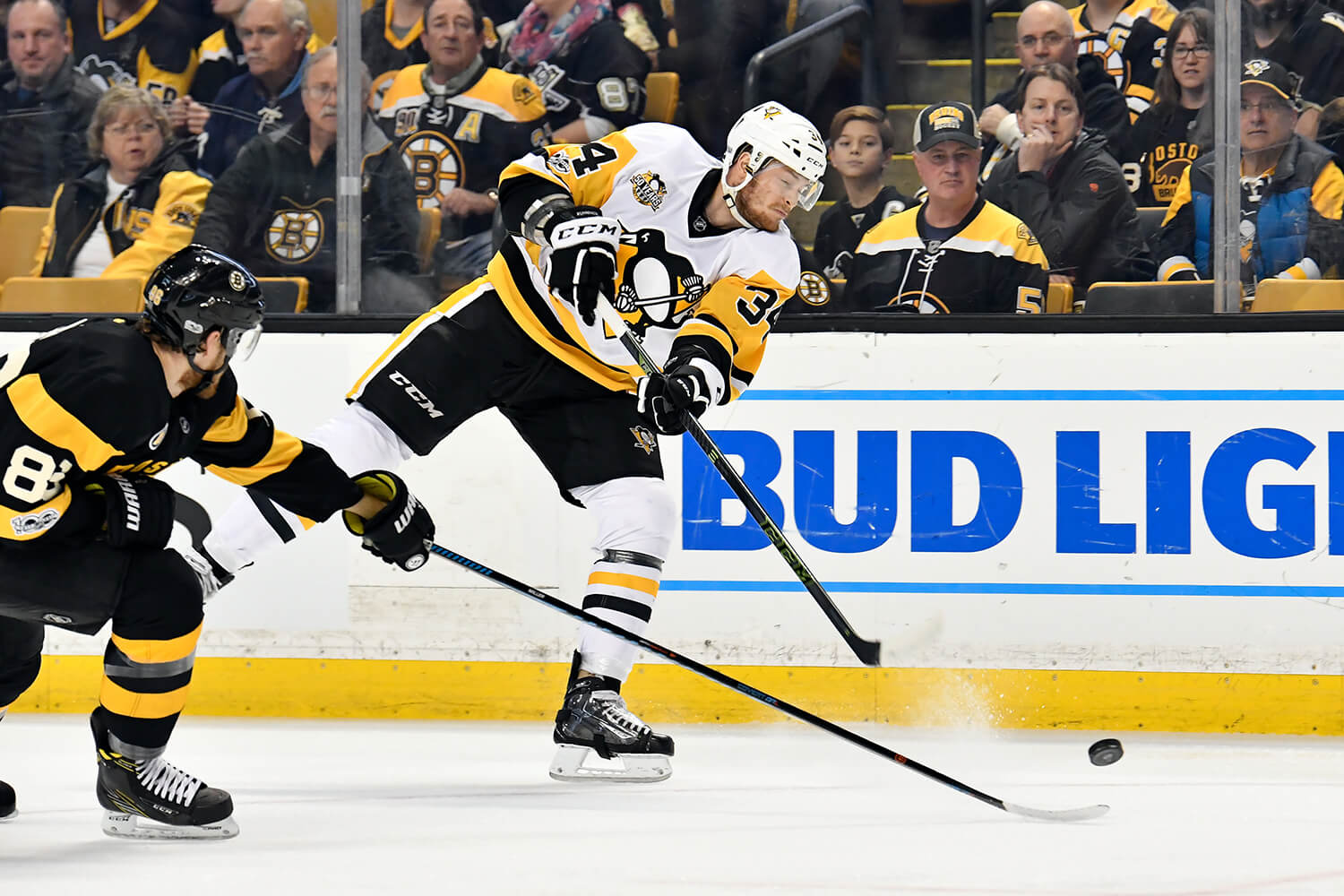 When the Blackhawks’ Artem Anisimov corralled a behind-the-net pass and tucked it into the corner of the Pittsburgh net to put his team ahead 2-1 Saturday, it didn’t just sap the momentum the Penguins had earned by tying the game 21 seconds earlier.

It marked a return to form for the Penguins’ struggling penalty kill, which had showed signs of taking a turn for the better just 48 hours before.

Anisimov’s tally marked the fourth time in five games that Pittsburgh had surrendered two power-play goals in a contest. After a perfect effort in Ottawa Thursday, where they killed all three Senators chances with the man-advantage, the Penguins lost this one solely on the penalty kill.

“I think I’ve just got to do a better job of getting body position there,” said defenseman Olli Maatta, who Anisimov outmaneuvered for the game-winning goal. “That’s just a mistake I made.”

Artem Anisimov gets gritty and slams home the power play goal down low to make it 2-1 Hawks! pic.twitter.com/MgBmY8y7LC

But Maatta, who’s been perhaps the Penguins’ best blueliner this year, is far from alone.

The Blackhawks’ first goal also came on the power play, from a faceoff win that led to an innocuous-looking shot from the left circle by defenseman Gustav Forsling. Several Penguins, including forward Tom Kuhnhackl and goaltender Matt Murray, shared responsibility for that one.

[It’s] just the little tiny details, I think,” said Murray, who otherwise made 36 of 38 saves on the night, including a few stunners. “We just need to be a little bit harder on our net-front and get our stick on a couple more.

“It’s tough, especially against a team like that, when you give them time and space. Obviously they’re going to get their chances when you’re down a man, but you’ve got to be hard and you’ve got to do whatever you need to do to get a stick on one, or I need to come up with a couple more saves. We’re doing some good things and then we have a little lapse and then it’s in the back of the net.”

That’s been the case too often, and it has the Penguins in the league’s bottom six on the penalty kill with a 77.3 percent success rate. It’s a shorthanded unit that’s worse for wear after the summer departures of forwards Matt Cullen and Nick Bonino and defensemen Trevor Daley and Ron Hainsey, all of whom saw significant PK time for Pittsburgh last season.

But head coach Mike Sullivan believes the roster he has is capable of better.

“I think it’s a number of things, but it starts with our own urgency and our willingness to compete on pucks and block shots and do all those thankless jobs that make good penalty kills good penalty kills,” Sullivan said.

“We can’t continue to give up a goal or two goals on the penalty kill, night-in night-out, and expect to win. It’s attention to detail, it’s working together but, for me, it starts with a level of urgency that we don’t have right now.”

Winger Carl Hagelin, whose speed makes him a key penalty killer, said the players are embarrassed by their recent performance on the PK.

“There’s a lot of things we’re not doing well right now,” Hagelin said. “We can go 1:30 on a kill where we’re doing everything right then, all of a sudden, all four guys make a mistake – and it’s usually a pretty obvious mistake – and it ends up in our net. We take pride in being out there, and it’s embarrassing.”

It might help if the penalty killers need to hit the ice less often.

Pittsburgh is No. 2 in the NHL with 274 penalty minutes on the season. When you break that down by minutes per games played, they’re No. 3 with an average of 12:27. That’s not great discipline, and it starts with some of their best players.

Ryan Reaves, who counts enforcer as part of his job description, holds the lead with 66 penalty minutes, including four fighting majors. After Reaves, though, it’s captain Sidney Crosby with 32, followed by defenseman Kris Letang (22) and forwards Phil Kessel (22) and Evgeni Malkin (20). Letang arrived at that total with three minor penalties on Saturday alone, including the one that led to Anisimov’s game-winner.

“I think we’re taking too many for sure,” said Murray, who took a tripping minor of his own Saturday that resulted in Forsling’s opening goal. “The more penalties you take, the more stress it puts on your penalty killers, and you take the guys [who] don’t kill out of the rhythm of the game. We definitely need to be a little more disciplined that way.”

For others, like Maatta, the number of penalties doesn’t matter. It just comes down to killing them.

“It comes down to details and battle level,” he said. “The last couple of games, I don’t think we’ve been satisfied with how we’ve played and we’ve got to get better.

“Those things always happen and somebody goes to the box. You’ve just got to make sure you kill the penalty and, right now, we’re not able to do that.”

Ironically, some of the Penguins’ few bright spots on Saturday also came on the penalty kill. New defenseman Matt Hunwick returned from an Oct. 17 concussion and turned in a fine performance, contributing six of Pittsburgh’s 21 blocked shots and putting a backhand shot on goal that took a lucky bounce and accounted for the Penguins’ only goal of the night.

SHORTY! Matt Hunwick returns to the lineup and makes his presence known! pic.twitter.com/fJl71oEgfm

That goal was beautifully set up with a cross-ice, backhand pass from Riley Sheahan, acquired Oct. 21 to fill the third-line center void Bonino left behind. The assist gave Sheahan a three-game point streak for the first time since April 1, 2016. And, although he hasn’t contributed the kind of offense the Penguins hoped for just yet, he’s finding his game. Sheahan’s been solid on a newly formed line with Conor Sheary and Patric Hornqvist, as well as on the penalty kill.

Now the 11-8-3 Penguins, third in the Metro division and fifth in the East with a quarter of the season gone by, just need to clean up their attention to detail.

“That’s a characteristic we have to get better at if we’re going to get to where we’re going to go,” Sullivan said. “There’s a lot of hockey yet to be played out there, and we’ve just got to try to play the game the right way. If we do, we’ll get our chances.”