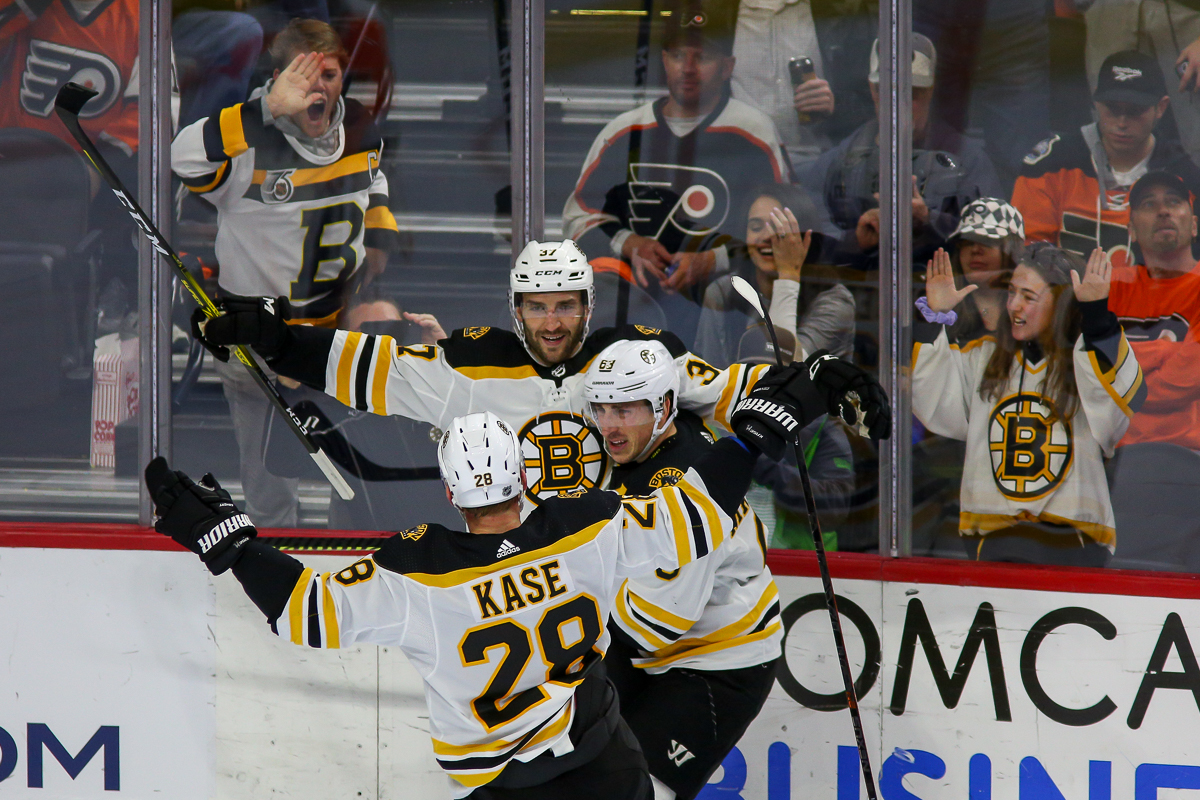 “It’s such an unknown for him that you always have to go forward assuming it will be gravy if he’s able to get back in there.”

The above quote was from Boston Bruins’ head coach Bruce Cassidy earlier in the week regarding the status of injured forward Ondrej Kase. Without actually coming out and saying it, the B’s bench boss all but confirmed that Kase is unlikely to return to the lineup this season.

That is too bad. You cannot help but feel for all parties involved with this situation.

The 25-year-old winger was bit by the injury bug during the second game of the season. It appeared he took a relatively harmless stick to the face in a collision during a game against the New Jersey Devils and left the game after only seven shifts. That was the last time we saw Kase wearing the Black and Gold.

He has skated on his own recently at practices, but nothing more than that.

Even before he was traded to Boston, the Kadan, Czechia native has had to battle through injuries throughout his career. At the same time, the offensive potential for this guy has always remained. There is no question that the Bruins saw Kase as the answer to the second-line, right wing problem that has plagued this team for years.

Although unloading the massive contract of David Backes to the Anaheim Ducks was an added bonus, the move for acquiring some balanced scoring was always the priority. How could it not be? Kase had another year left on his contract at the time of the trade last season. So, Boston was thinking in a somewhat long-term fashion.

In 206 National Hockey League games, Kase has posted 43 goals and 54 assists for 97 points. During his stint with the Bruins, he has only recorded five assists in 19 total games (including playoffs). Simply put, he has underachieved.

However, he truly has not had a fair shake of living up to his potential. Injuries aside, Kase is a skilled puck handler with great skating ability. When on the ice, he is a huge asset to any NHL lineup. The right mix of players surrounding him has not been there on a consistent basis.

Interestingly enough, Kase will become a restricted free agent at the end of this season. If you are the Bruins, having the advantage with negotiations is critical. This may sound slightly outlandish, but why not bring Kase back?

The deal could be cheap, it will give him the opportunity to really recover from his upper-body injury (possibly a concussion, but not confirmed), and it can create the chance for him to play with either Jack Studnicka or David Krejci—if the latter returns to Boston.

To be honest, it would be hypocritical if the Bruins closed the door on Kase returning next season. After all, they brought back Kevan Miller on a new deal.

Miller does represent a need for this team, as the B’s defensive group is young and lacks a major physical presence on the back end. Using that logic, Kase represents a need for this team as well; Boston has lacked secondary scoring from the wing position for quite some time.

Before returning to the Bruins at the start of this season, Miller had not played in a game since fracturing his kneecap during the 2019 Stanley Cup Playoffs. Like Kase, Miller has had injury concerns throughout his professional career and has also missed time this year. The situations are similar enough that consistency should remain when it comes to bringing back a player that is considered to be “damaged goods.” The jury is still out on this player who is still young enough to get back on track.

The Bruins should keep their options open when it comes to Kase. Give him another shot.