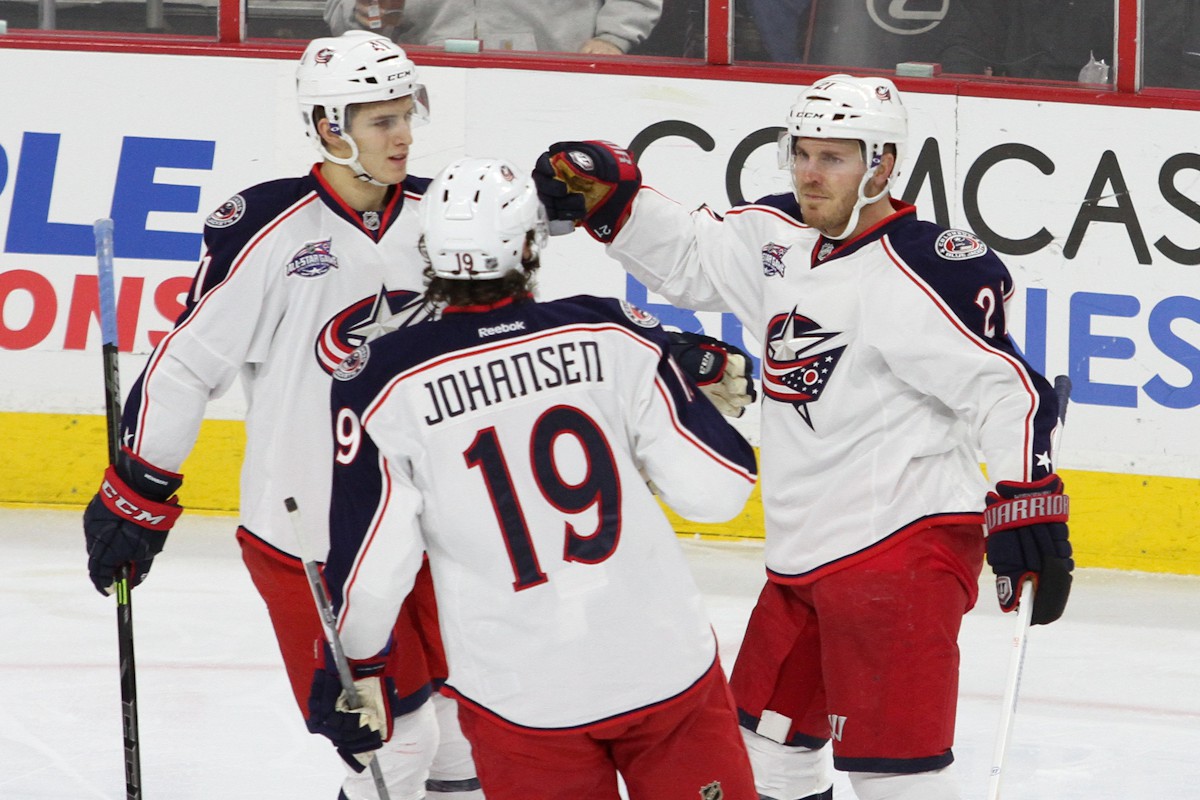 The move did not come as a surprise to most as the horrid start was something that was not anticipated by anyone. Although Richards Blue Jackets struggled in each of his 3+ seasons at the helm, with an abysmal 18-41-8 record for the first 20 games, it was the way the mounting losses were occurring: the Blue Jackets were outscored, 13 goals scored to 34 allowed in the 7-game period, a goal differential of -21, easily pacing the NHL in the most ignominious of categories.

The chest-thumping, confident team of the pre-season quickly became a fragile, lost team that was pressing to score goals yet not committing to the defensive side of the game. Most shocking was the play of Sergei Bobrovsky.  Bobrovsky, the 2013 Vezina Trophy recipient (NHL’s best goaltender), has been horrific in the Blue Jackets net, surrendering over 5 goals per game and an equally awful .835 Save Percentage (Save%), a far cry from his NHL career Goals Against Average (GAA) of 2.51 and Save% of .918.  Bobrovsky has admitted that his confidence was shattered to start the season, something for a goalie is vital to their success.  However, once Bobrovsky gets his confidence back, something that should occur in Tortorella’s defense-first, north-south system which tends to reduce the amount of shots on goal and scoring chances that have contributed to his early-season struggles.

Todd Richards is a very good coach, something that was echoed by Blue Jackets General Manager (GM) Jarmo Kekalainen prior to relieving Richards and during the announcement of the coaching change. However, it was apparent that the message was lost on the team and, with the burgeoning team payroll, just under the NHL’s salary cap of $71.4 million as well as the concern of losing their following and its financial implications, it was apparent that a jump-start was necessary and John Tortorella, pro or con, is innately qualified as a jump-starter.

The changes in coaching styles is nothing complicated, it’s actually quite a common mind-set when coaching changes are made:  Richards was commonly referred to as a ‘player’s coach’.  However, when a player’s coach’s results don’t work, you generally don’t replace them with another player’s coach, you generally go in the opposite direction, and vice versa.  And the dichotomy between Richards’ and Tortorella’s respective styles couldn’t be more diametrically opposed.

Tortorella is simply a firebrand type of coach, one who is demanding and quite abrasive to players, at times but has gotten results during his coaching career as evidenced by his 1 Stanley Cup title as coach of the Tampa Bay Lightning in 2004 as well as eight (8) Stanley Cup playoff appearances.

His style exudes arrogance but that arrogance is the healthy type, one a lunch-pail, blue-collar, tough team to play against like Columbus is perfect for.  The turnaround won’t happen overnight but Tortorella will make it happen and seems like the panacea that was needed to begin to salvage the rough start to the Blue Jackets season.