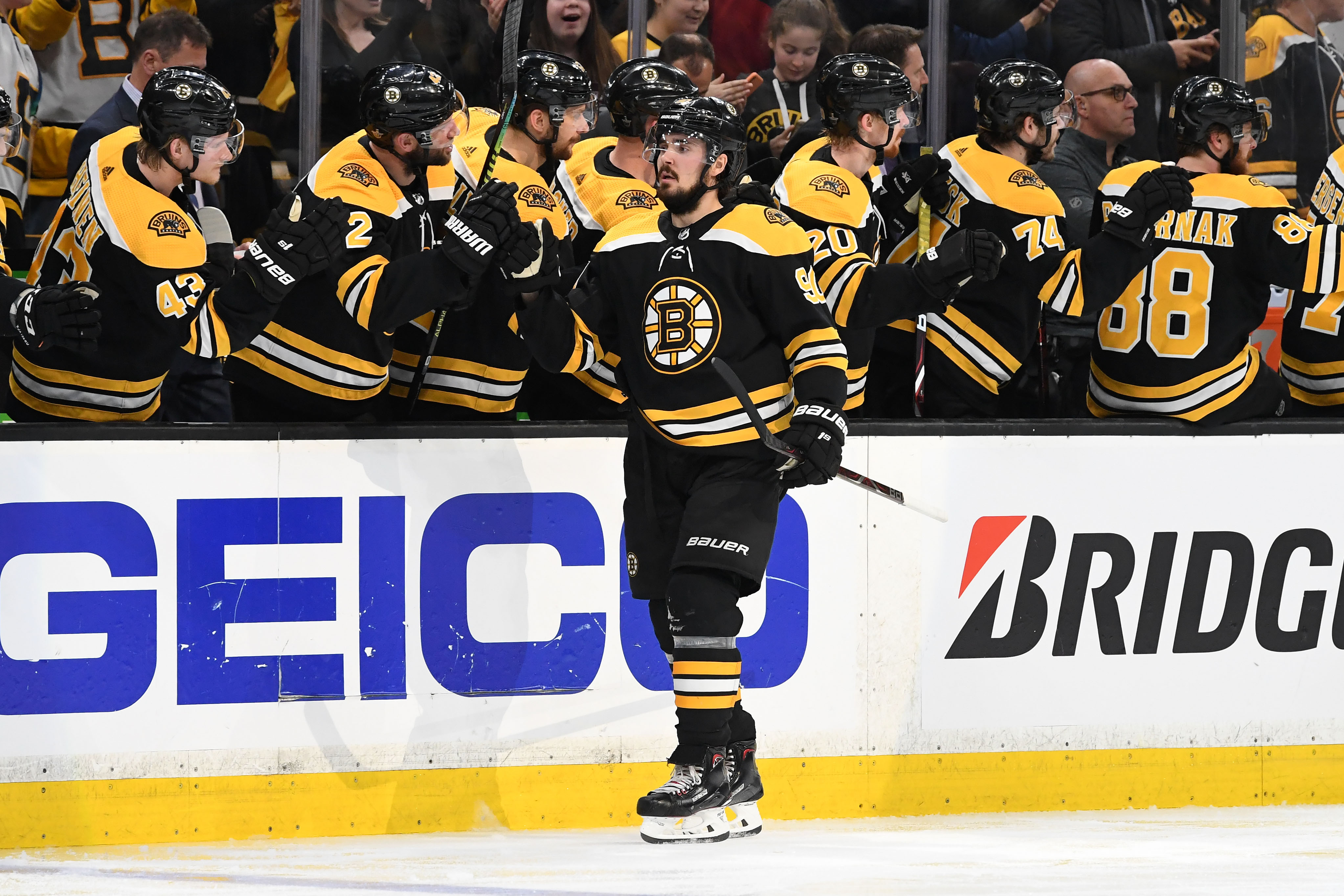 Johansson Should Stay, Krejci Should Go

We all have our sports fantasies that we would salivate at the thought of them existing in a perfect world. If we take all of the realistic elements out of these decisions (contract length, salary cap hit, chemistry with the team, etc.), then everyone would get what they want.

Of course, that is not how things work and not everyone can be a general manager. However, if the time was taken to carefully map out a scenario where a team can make a move or two in which both sides come out positively, then mission accomplished.

When it comes to their current free agents, the Boston Bruins seem to be in a cap crunch. It has been well documented that the contact of David Backes is beginning to haunt the Bruins and potentially be a detriment to their future. At an average annual value of $6 million per year, that is an absurd amount of money for someone who will split his time between the fourth line and Level Nine.

This is important to keep in mind because Boston would certainly love to have a player like Marcus Johansson back with the team next season, but the amount of cap space might be the key reason as to why that may not happen. If Johansson does leave Boston as a free agent, then that will be a huge blow considering that the Bruins finally secured a third line that can produce offensively. Johansson, along with Charlie Coyle and Danton Heinen, certainly developed a strong chemistry throughout the 2018-19 Stanley Cup playoffs. In 22 postseason games, the 28-year-old forward recorded four goals and seven assists.

One could argue that if it were not for Johansson, Coyle, and Heinen clicking in the way that they did as a trio, the Bruins may not have reached Game 7 of the Cup Finals. Johansson is coming off the last year of his current deal where he made $4.75 million, so it is safe to say that he has earned a raise.

The question now becomes where will the money come from if the Bruins intend to re-sign him?

Here is an outside-the-box suggestion: David Krejci should be the one to go.

Obviously, the credentials for Krejci throughout his tenure as a Bruin speak volumes. The 33-year-old center has posted 194 goals and 449 assists in 850 regular-season games with the franchise that drafted him 63rd overall in the 2004 National Hockey League Entry Draft. Krejci has also recorded solid numbers in the playoffs; he has 36 goals and 67 assists in 132 postseason tilts. He has also led the NHL in postseason points on two separate occasions.

The decline in points really has not been that rapid; Krejci recorded four goals and 12 assists during the Bruins’ postseason run this past year. The main concern is that he is making $7 million in each of the next two seasons, which will end up translating to a $7.25 million cap hit.

Assuming that the Bruins can find a suitor for his contract, Krejci should be one of the few players that the team should look to move on from this offseason. Winnipeg would be a good fit as that organization recently moved on from Kevin Hayes and a hole at second-line center is glaring. Carolina would also be a good fit due to the lack of veteran leadership in the locker room and some flexibility with the cap.

Now again, this scenario may not actually happen because of the obstacles the Bruins would have to navigate. Krejci’s contract does have a no-trade clause, so the player himself would have to waive that stipulation. Also, the player and the money he is owed may not be all that attractive to most teams.

With that being said, the Bruins would solve a number of issues if this were to take place. Johansson has played center for several seasons at the NHL level, so he can be inserted in that role on the second line. Johansson would be owed a more lucrative contract, but it would not come close to the $7 million annual value that Krejci would be due. Boston would actually save money in the long run by resigning Johansson. Plus, a new start for Krejci to salvage the last few years of his career could be the best thing for him. Lastly, young players like Karson Kuhlman and Anders Bjork can fill the spots at wing on the third line. The future of the Bruins would not be jeopardized.

As promised, a dream scenario that can benefit everyone. The likelihood of all this unfolding? Slim to none. It is fun to play the role of general manager every now and then.