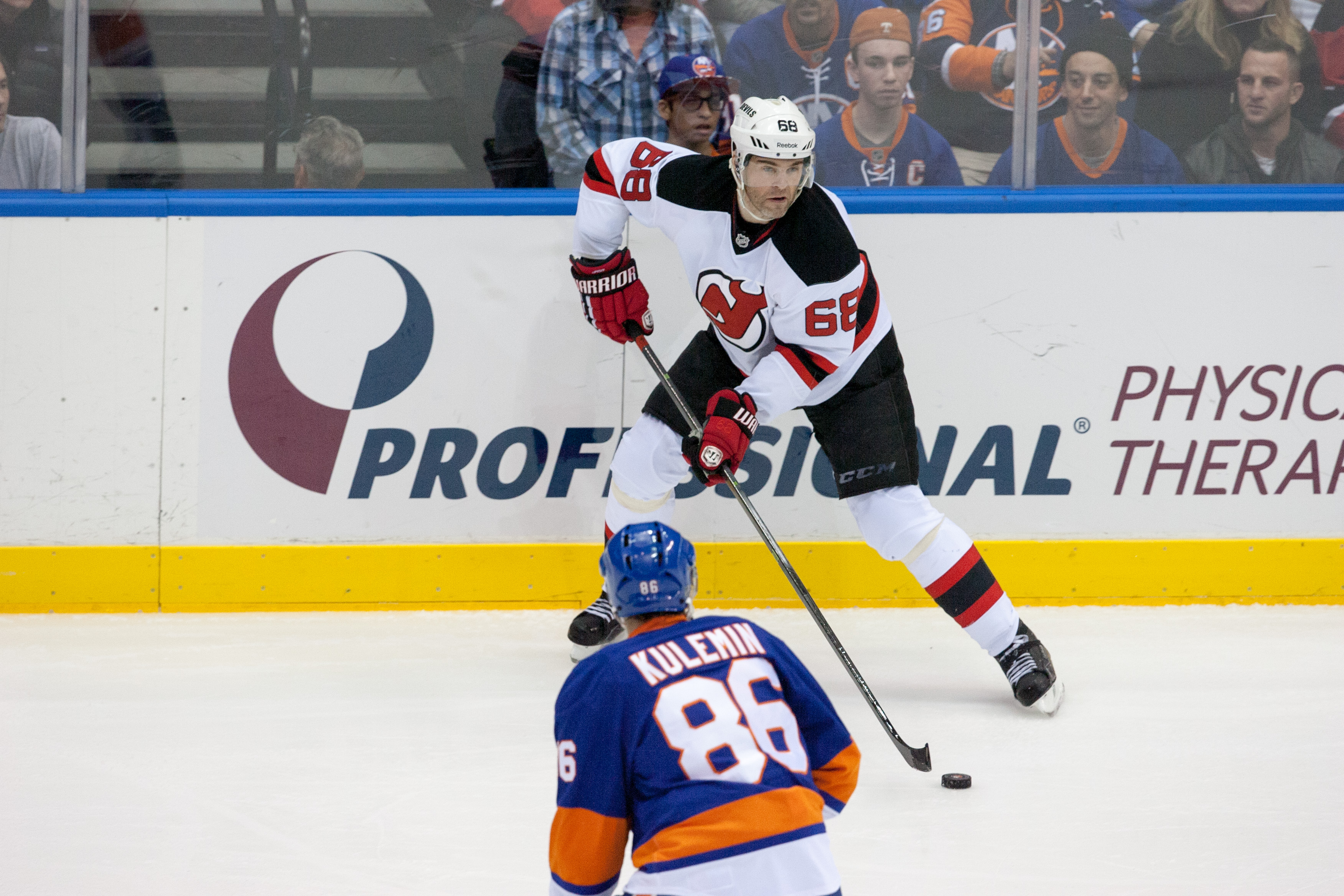 NEWARK, N.J. – Down by a goal and shorthanded with less than two minutes left, the New Jersey Devils pulled goaltender Martin Brodeur. Marek Zidlicky tossed the puck over to Michael Ryder, alone by the net, who sent it in for the game-tying goal with 29.6 seconds left.

“There’s a lot of heart, and there’s a lot of character in that room, and the guys work [hard] almost every night,” Devils head coach Pete DeBoer said.

“We have to be better, there’s no doubt about that,” Brodeur said. “Still, we got a point today that maybe we got a little lucky on it, but we deserved a lot better with the first two periods we played.”

The Devils fell to the Flyers 3-2 on Tuesday night behind an overtime goal from Brayden Schenn, who took a skate to his stomach earlier in the game.

After tying the game, New Jersey had a couple close chances in overtime, with Jaromir Jagr sending a tip just wide and Stephen Gionta hitting the goalpost seconds later.

“The scoring chances, they were there, so sometimes you have bad luck or you hit the goalie and have bad bounces,” Jagr said. “But we just didn’t keep playing the same way. We took bad penalties and it went over and over.”

New Jersey finished with five penalties, including two in the third. One of those third-period penalties — an interference call on Mark Fayne — let to Philadelphia’s first goal of the game.

“[When] you don’t score goals, everything gets magnified, every mistake,” DeBoer said. “I’m not blaming it on discipline, effort, all those things were in good places tonight. We didn’t get rewarded.”

Jagr netted his 1,723th career point with an assist on Adam Henrique’s first-period tally, tying retired center Mario Lemieux for seventh on the all-time list. Jagr fed the puck across the crease to Henrique, who wristed into the net.

It was Henrique’s fourth goal in his last six games and his 10th of the season.

The Devils outplayed the Flyers in the first and second periods. But New Jersey failed to convert some close scoring chances, including a shorthanded bid from Ryan Carter in the first period, which just missed the net.

“We had one goal to show for our efforts through 59 minutes, and I thought we could’ve gotten three of four of them, and that’s the difference in the game,” DeBoer said.

The Devils are on a three-game losing streak, and their past two losses were one-goal games.

“That’s two games in a row where, if we find a way to find a goal, then we win those two games instead of losing them,” DeBoer said. “But we’re not getting them right now.”

New Jersey also outshot Philadelphia 26-16 in the first two periods. Ryan Clowe, who assisted on Henrique’s goal, had three shots in the first period. He was one of 12 different Devils who sent the puck on net in that frame.

“The Flyers didn’t play very well in the first period, and we just didn’t [take] advantage of it,” Jagr said. “It’s not the first time it happened. We don’t learn.”