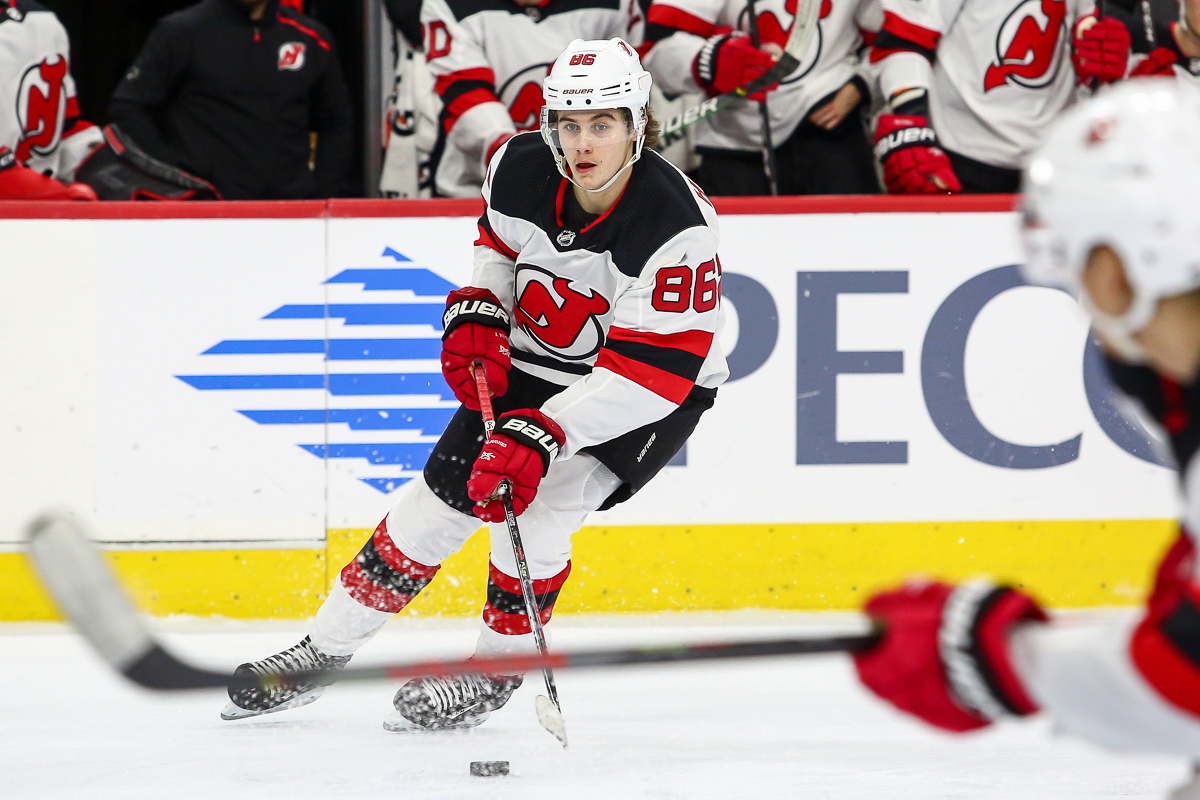 Jack Is Back (And Staying) with Devils

Hard to recall a No. 1 overall pick with a stranger set of circumstances within their first three seasons. There was a global pandemic to shut down the rookie campaign and take a deep chunk out of the sophomore season, too. Then, there’s the third season, which at the time of writing this, limited the top of the class in 2019 to just two games. Hesitancy about the future all-around would be reasonable.

But, Jack Hughes and the Devils weren’t scared away from circumstance or each other. The center inked an eight-year, $64 million extension on Tuesday, just hours before making his return to the lineup following a 17-game absence.

The deal, which carries an annual average value of $8 million per season and runs through the 2029-30 season, could be one heck of a bargain for the Devils, who might have locked up a No. 1 center in the NHL for years to come at a price tag below the market average. Hughes will be 29 at the conclusion of the deal.

For the Devils, it’s a giant leap of faith in a 119-game career. In that span, he’s scored 20 goals and 55 points. He tallied in both games to kick off the 2021-22 season before suffering a separated shoulder that kept him out of the lineup. He is expected to return to the lineup on Tuesday as the Devils host the San Jose Sharks.

“I’m so excited to sign this deal for myself and for my family,” Hughes said.  “I love being in New Jersey and I love playing in New Jersey. I wouldn’t want to play anywhere else, and we are really building something special.  I believe in what we are doing here, and we have a great chance to be successful for a long time.”

Devils Vice President and General Manager, Tom Fitzgerald credited his staff for identifying talent including Hughes and says the fact that he chose to stick around New Jersey is another step in trying to sell the organization’s brand.

“My staff has really done a good job in identifying talent and trying to educate players from the outside in what New Jersey is all about,” Fitzgerald said. “Really sell our brand here–how special it is and how special it’s going to be and what a great place (it is) to live.

“You’ve heard me say this before, but I truly believe it’s a hidden gem. When players come here they don’t realize what it’s like to play in Jersey and they don’t want to leave and that’s a testament to the people here.”

Hughes is starting tonight’s contest at left wing on a line centered by Nico Hischier and with Yegor Sharangovich on the right wing.