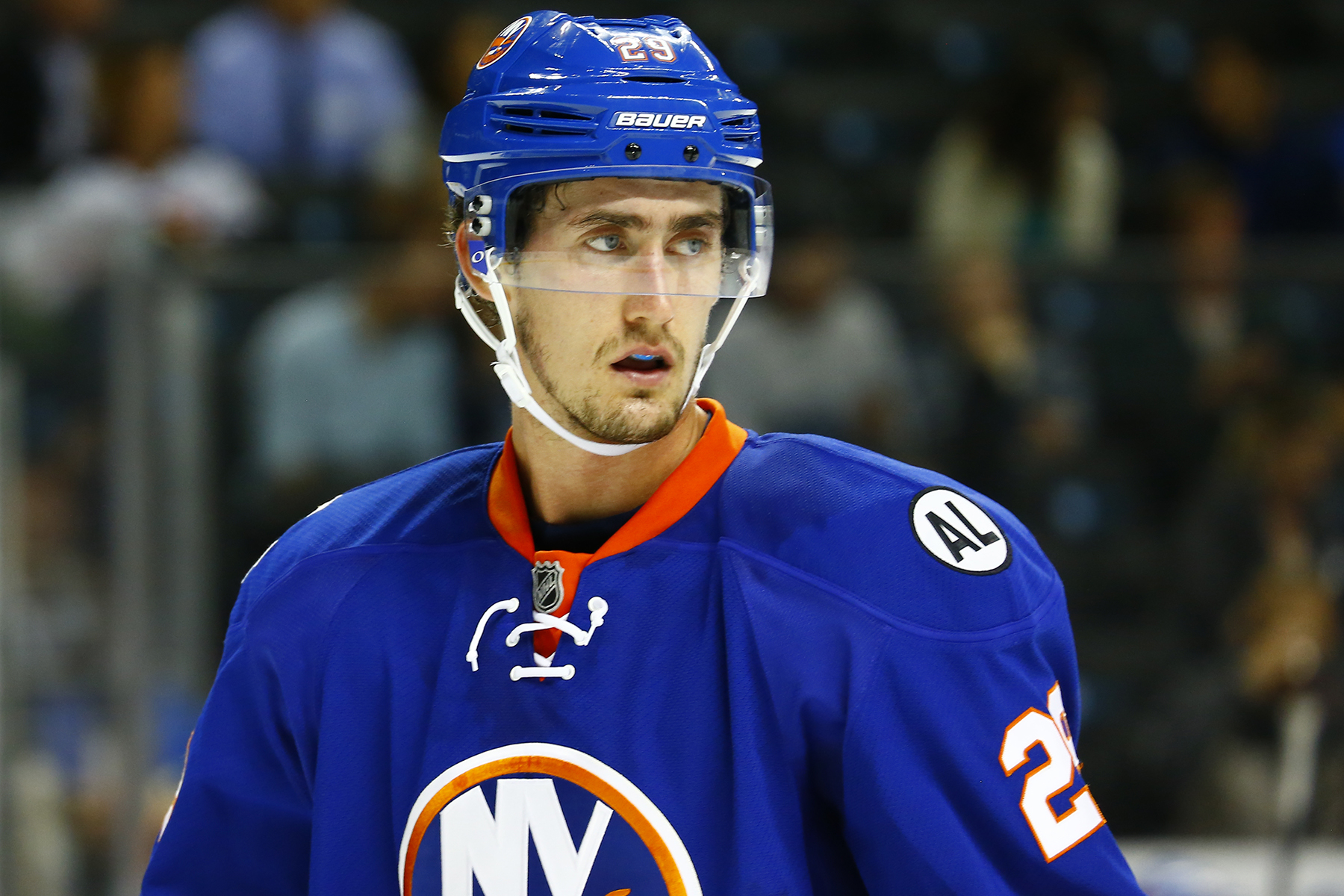 The New York Islanders fell to the Washington Capitals 4-1 in a hard-fought and physical game at Barclays Center Thursday night. Nicklas Backstrom scored a goal and added an assist while Braden Holtby made 34 saves to earn the win for the Capitals. Brock Nelson tallied the only goal for the Islanders who fell behind early and were never able to equalize the score despite several quality chances in the second period.

“I just think when they’ve got a goalie dialed in like that, it gives you confidence,” Isles coach Jack Capuano said when asked about Holtby’s strong performance tonight. “They know they’ve got a guy back there that is in the zone. Now if they get two or three goals, they are tough to beat the way he’s playing.”

The Capitals got two goals in the first period to grab the early lead and they were both pucks that Isles goalie Jaroslav Halak would have liked to have back. Halak was making his first appearance since December 21 after missing the last five games due to an upper-body injury. The rust showed early in the first period as the usually reliable Isles’ starter let in two soft goals.

Jason Chimera got Washington on the board just 5:45 into the game when he beat Halak on a tough angle shot. Halak didn’t have the post covered quite right and the puck deflected into the net off his back side.

Alexander Ovechkin tallied at 15:45 of an otherwise even first period on a shot that just managed to squeeze through Halak’s pads and beat him through the five-hole.

Meanwhile, Holtby turned aside all 10 Islanders shots in the opening 20 minutes and looked very strong in the process. The Caps netminder is now 18-0-2 in his last 21 games and his strong play has been a big reason Washington currently owns the best record in the NHL.

The second period was the Islanders strongest overall and they got back into the game when Nelson lifted the puck over Holtby’s shoulder just 1:59 in to pull the Islanders to within a goal. The crowd came to life after the Isles got on the board.

The key turning point came a little more than two minutes after Nelson’s goal. Ovechkin was called for unsportsmanlike conduct which gave the Islanders a power play. The Isles controlled the puck for most of the man-advantage and had several quality scoring chances, but the Washington penalty killers blocked several shots and Holtby stopped the rest. Washington remained ahead 2-1.

“We had our chances but we obviously didn’t put them in,” Isles’ captain John Tavares said after the game. “I had a couple there and I’ve got to find a way to put them in. It makes a big difference at that point in the game and we’re probably feeling a lot different heading into the third [if we had tied the game].”

A heads up play by Backstrom extended the Capitals lead late in the second period when his aggressive forecheck forced a turnover in the Isles zone and led to a goal by defenseman Nate Schmidt on a shot from the point. That gave Washington a 3-1 lead with 4:06 left in the second period and ended whatever momentum the Islanders had.

In the third period, the Washington defense took over and managed to prevent the Islanders from developing any dangerous scoring chances. The Isles managed 11 shots on goal, but most of them came from the perimeter and Holtby was able to turn them all aside.

Backstrom added an empty-net goal at 17:18 of the final period to provide the final 4-1 score.

The game had its share of physical play as the two teams met for the first time since last year’s seven-game, opening-round playoff series.  The most blatant hit of the game was delivered by Marcus Johansson of Washington who left his feet to deliver a check to the head of Thomas Hickey of the Islanders midway through the first period. Johansson received only a 2:00 minor penalty for the play.

“I sort of had my head down as the puck was fluttering and I was trying to get it in,” Hickey said after the game. “Half of it is me needing to protect myself better and half of it is him needing to have a little bit more awareness…I don’t think it was a bad intentioned hit. He’s not that kind of guy.”

The Islanders return to action Saturday afternoon when they face the Philadelphia Flyers in Philadelphia. The game gets underway at 1:00 pm ET.

Calvin de Haan led all Islanders with 24:03 of ice time