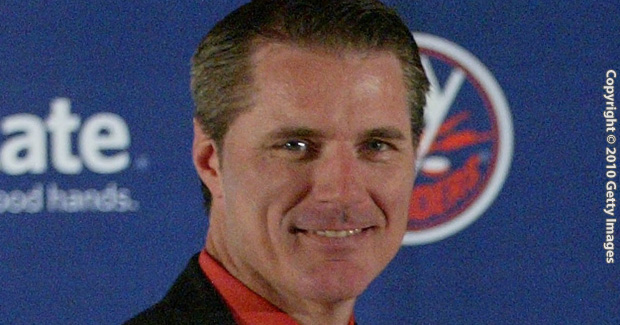 The Edina, Minnesota, native was considered by scouts to be one of the top goal scorers available in this year’s draft and definitely fills a need for the Islanders.

“We are thrilled to add a player of Kieffer’s caliber to our organization,” Isles’ GM Garth Snow said in a statement. “He’s a strong, skilled forward who’s posted impressive goal totals throughout his career.”

According to TheDraftAnalyst.com, Bellows “is a well-built goal scorer with a low center of gravity who can play a punishing, heavy yet cerebral game. He’s a good skater with tremendous balance and moves well laterally.”

Bellows is committed to attending Boston University in the fall and is considered to be at least two years away from being ready to play in the NHL.

Bellows’ father was excited to see his son selected by the Islanders. “He actually went to one of the couple of teams I really wanted him to go to,” the senior Bellows told NBCSN. “I just finished watching a playoff game out there and I was just taken back at how fantastic it is. We’re pleased and the Islanders are getting a great young man.”

There was a lot of speculation that the Islanders were looking to trade out of the 19th pick to add a top-six forward to replace departing free agent Kyle Okposo, but the Islanders kept the pick and selected Bellows. The Isles may still make additional trades before the draft is over on Sunday.