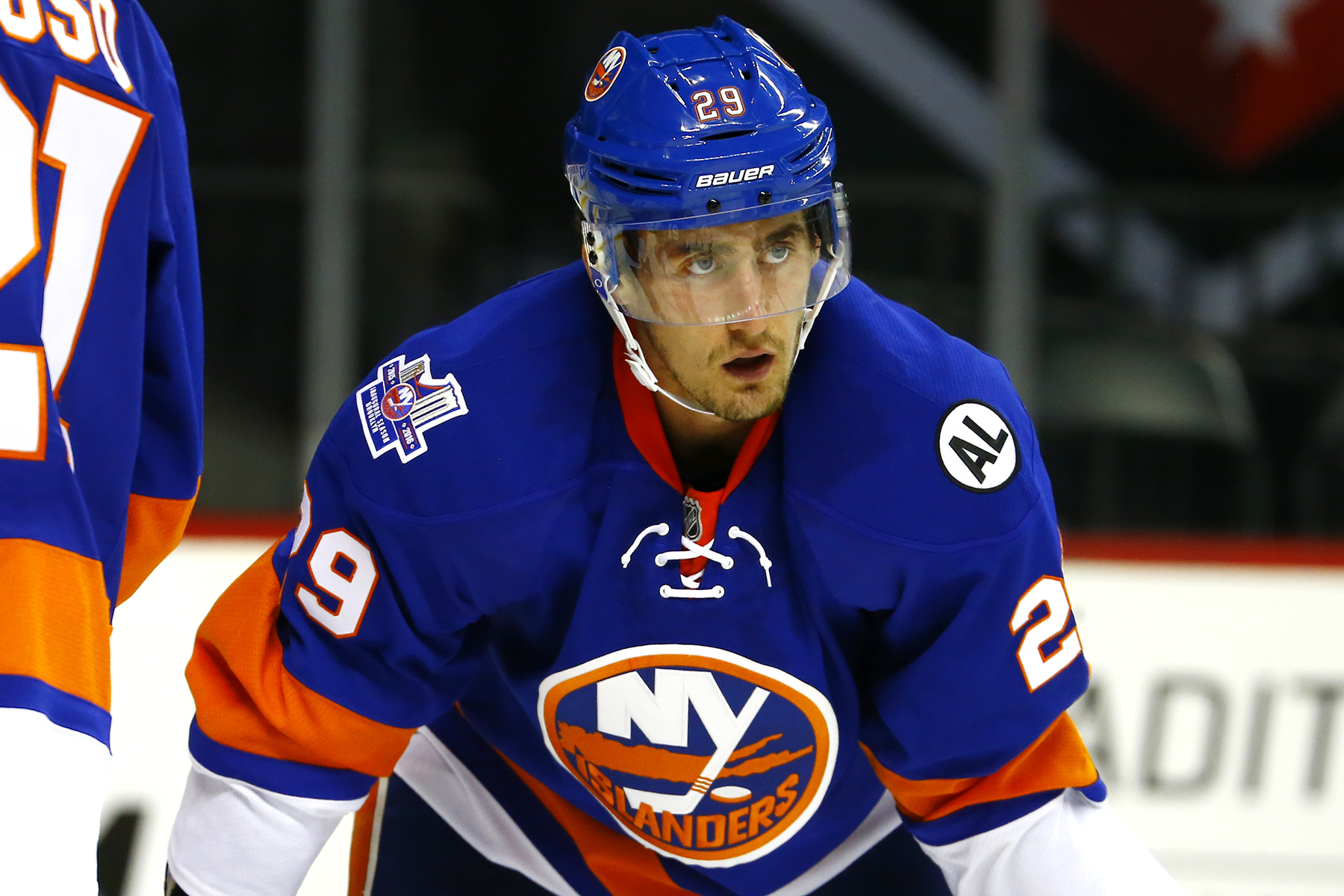 Islanders Problem: The Kids Are Not All Right

The New York Islanders are struggling to score goals right now and the result is a 1-4-2 record in the team’s last seven games. Before this slump, the Islanders had their sights set on second place and home-ice advantage in the opening round of the playoffs. Now, the team is clinging to a wild-card spot and is in danger of missing the playoffs altogether if they don’t right the ship and start to win some hockey games.

It isn’t like Jack Capuano to call out individual players in public, but he certainly made it clear he needs a better effort from his players after Monday night’s disappointing loss to the Flyers. “There’s a lot of guys that are playing with a lot of urgency and you’ve got other guys that are struggling,” Capuano said. “You can’t have four or five guys struggling at the same time of year if you’re going to be successful. We need all 20 guys going. We can’t have any passengers on any given night or we are going to find ourselves in a struggle to win that hockey game. You just hope that some of the guys that are struggling now can find their way in the last few games that we have.”

While there is plenty of blame to go around, one big issue facing the team is the lack of progress made by three young players the Isles were counting on to provide offense this season: Anders Lee, Brock Nelson and Ryan Strome.

Last season, all three of them established themselves as full-time NHL players and demonstrated that they have the talent to become top-six forwards in this league. General manager Garth Snow did not make any major additions to the forward corps last summer in large part because he was confident that his young trio would continue to blossom into reliable and productive offensive players.  Instead, each of the three has regressed and their struggles have been a factor in the team’s overall difficulty in scoring goals this year.

Last season, Nelson scored 20 goals and 42 points while appearing in all 82 games. While he has already upped his goal total to 23 this season, he has just two goals in his last 15 games. He has not registered an assist in 15 contests and has just 12 helpers on the season. His plus/minus dropped to a minus-five after finishing the 2014-15 campaign with a plus-six rating.

Lee had a breakout year last season, scoring 25 goals and 41 points in 76 games. His size makes him an ideal player to go to the “dirty areas” in front of the opponent’s goal and screen the opposing goalie or score goals on deflections, tips or rebounds. This year, however, Lee has been very inconsistent. In 71 games, the Edina, Minnesota, native has scored just 12 goals and 32 points and has not found the back of the net during the Isles’ current seven-game slump. In addition to the current drought, Lee has had scoring slumps of 15, 11 and seven games earlier this year. When he goes to the net, he creates offense but if he fails to play the way the coaching staff wants him to, he struggles.

Strome has been the most disappointing of the three youngsters this year. His play without the puck has been so inconsistent that the Islanders sent him down to Bridgeport midway through this season to get his game and confidence back in order. Last year, Strome had 17 goals and 50 points which tied him for second on the team in assists. This year, in 60 NHL games, the Mississauga, Ontario, native has just eight goals and 24  points. Strome has just one point in his last 16 contests.

The failure of any of these three players to take their games to the next level has had a negative impact on the team’s overall offense. All three of them have been line mates for John Tavares on the top line for at several stretches of this this season. Tavares’ production is also hurting, in part because he is trying to do too much to help his team overcome its offensive struggles.

Capuano admitted this in Monday night’s postgame press conference when asked about his captain. “I think every leader you sometimes try to do too much because they want to win so badly and they want to help their teammates achieve the goal that they want to achieve,” Capuano explained. “He is doing everything he can. He’s trying…He’s trying to lead our team. He’s doing the best he can right now, but the supporting staff, the other guys–it’s non-existent right now.”

The result is that Tavares’ numbers are off this year as well. Last season, the captain scored 38 goals and 86 points and nearly won the Art Ross Trophy. This year, JT has 26 goals and 56 points in 68 games, well off his pace of a year ago.

Because management was counting on the continued development of Nelson, Lee and Strome, the team did not add any potential top-six forwards in the off-season. Now, there is a lack of scoring depth on the big club, with only role players available to fill in like Steve Bernier and Eric Boulton if Capuano chooses to bench any of these struggling players.

Rest assured, the reduced production from the Isles three young guns is not the only reason for their present slump. There are other players who are not meeting expectations in recent weeks. The fact that the Islanders’ fourth line gets so much recognition, for example, is both an indication of how hard the fourth line works and how effective they are, and how the other three lines continue to fail to produce consistently.

The Islanders still have time to right the ship. The good news is that there are 11 games left in the regular season and seven of them are at home. But if the Islanders don’t find a way to put the puck in the net on a regular basis, they face the prospect of another early playoff exit or possibly even missing the postseason altogether. The clock is ticking but the Islanders still have their fate in their own hands.