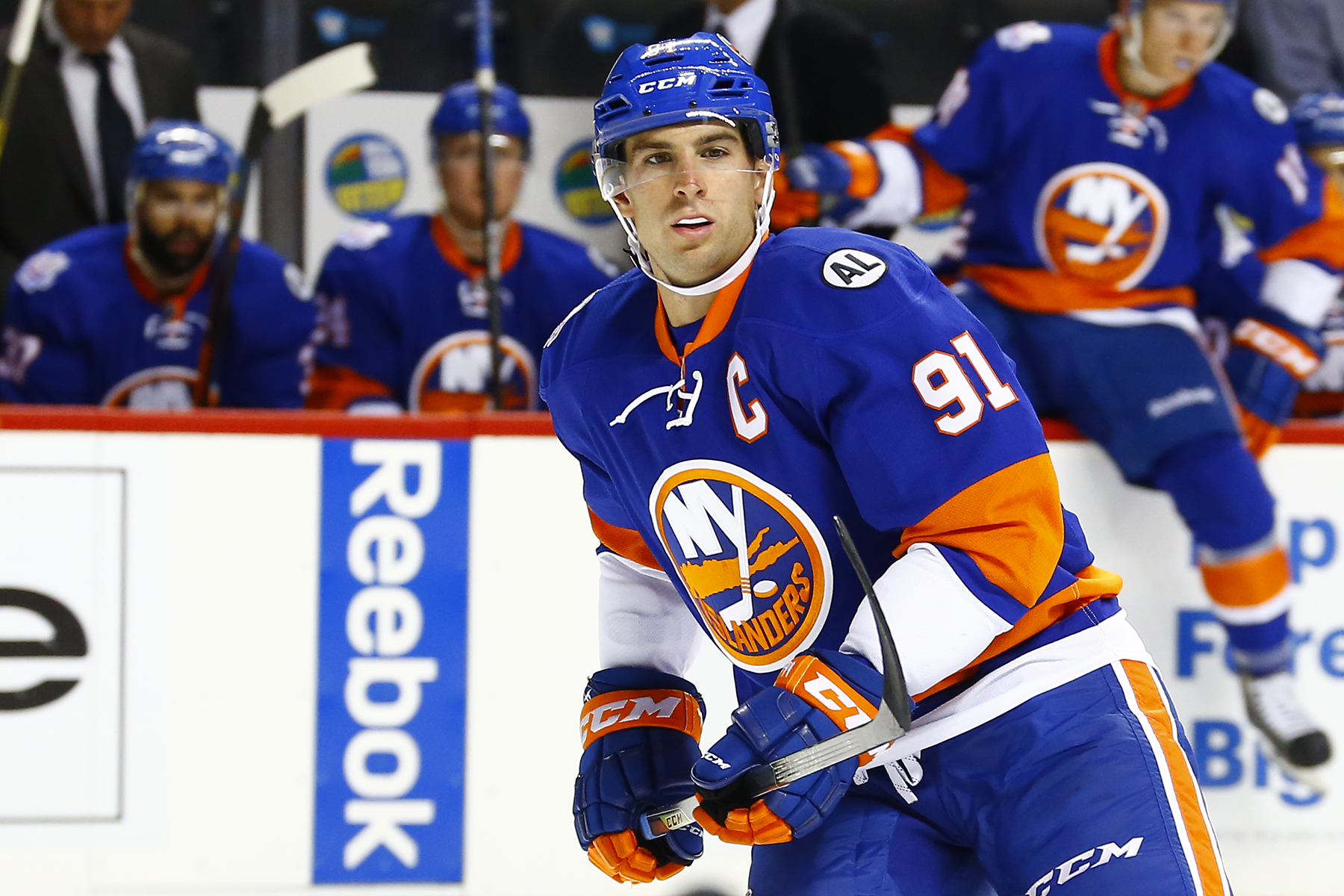 The New York Islanders started out strong but had to hang on for a 4-3 win over the Columbus Blue Jackets at the Barclays Center Thursday night. The Isles picked up two valuable points in the standings but lost defenseman Travis Hamonic to a lower-body injury in the first period. Hamonic is expected to be evaluated further Friday.

The Islanders dominated the first period and grabbed a 3-1 lead after outshooting the Blue Jackets 15-2. Columbus actually scored first on a goal by Brandon Dubinsky at 4:14 and then didn’t register another shot on goal for the next 10 minutes.

Meanwhile, the Islanders answered back with three goals in the first period, two by captain John Tavares. The first came off a pretty give-and-go with Ryan Strome at 7:25 while the second came with 1:28 left in the period when Tavares buried the rebound of a shot by Brian Strait that went wide but bounced off the back boards and into the slot.

Thomas Hickey scored in between the goals by the captain, beating Columbus starter Sergei Bobrovsky with a shot from the point with Frans Nielsen providing a screen in the slot.

The Islanders also lost Hamonic in the first period and had to finish the game with just five defensemen. Hamonic played just 2:56 before being forced to leave the game.

“It’s huge, Travis plays a lot of minutes for us,” defenseman Johnny Boychuk said. “He’s a good player. Hopefully everything’s OK. I was the only right-handed defenseman out there today. We just wanted to keep it simple and keep our shifts short.”

The Blue Jackets showed little energy or excitement but the Islanders play fell off in the second period and a misplay  by Isles goalie Thomas Greiss led to a power-play goal by Brandon Saad at the 15:48 mark that pulled Columbus to within 3-2.

The Blue Jackets tied the game 3-3 just 37 seconds into the third period on a bad angle goal by Boone Jenner.

The Islanders responded quickly, however, and regained the lead on a power-play tally by Anders Lee at 5:23. Lee was in front of the net and was able to poke home the rebound of a wide shot by Johnny Boychuk. Blue Jackets head coach John Tortorella challenged the goal, claiming Bobrovsky was interfered with, but the goal was upheld and the Isles regained the lead.

“You’ve got to pay your dues and you’ve got to go there (the front of the net) if you want to have success,” Isles head coach Jack Capuano said when asked about Lee’s game winner. “It takes a lot of sacrifice to get to those tough areas and he’s made a name for himself down there. He’s a big body and he’s tough to move. He battles for his ice.”

Columbus had a final chance to tie the game when Hickey was called for tripping with just 2:46 left in regulation time but the Isles killed off the power play including a solid effort by Nielsen who blocked a shot after he lost his stick earlier in the play.

The win improved the Islanders record to 42-25-9, good for 93 points on the season. They are now just two points behind the Rangers in the race for third place in the Metropolitan Division and the Isles have a game in hand.

The Islanders return to action Saturday afternoon when they host the Pittsburgh Penguins at 1:00 pm.

Massapequa native Sonny Milano made his NHL debut tonight for the Blue Jackets. He played 13:23 and registered a shot on goal.

The Islanders improved to 24-9-4 this season at Barclays Center.