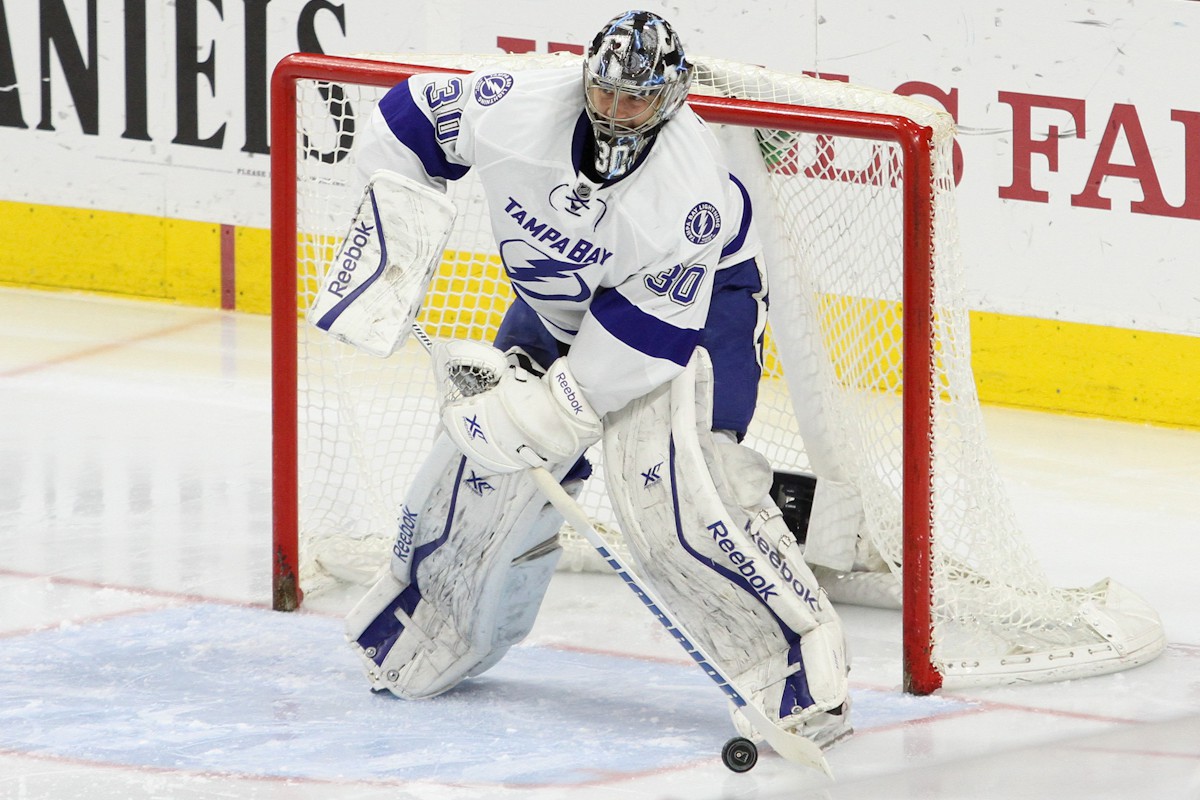 Islanders Fall 2-1 in OT, On the Brink of Elimination

James Garrison scored at 1:34 of overtime to give the Tampa Bay Lightning a 2-1 victory over the New York Islanders at Barclays Center Friday night. The Isles now trail the best-of-seven series 3-1 and face the first of as many as three elimination games starting Sunday afternoon in Tampa.

Despite losing the game, the Islanders were pleased with their overall performance and felt they deserved a better fate. “I think we made it hard on them,” Isles captain John Tavares said. “I liked our jump tonight. We had good strides on pucks, were getting in the forecheck…But we’ve got to get the results and make the plays when they’re there to be made. It’s a fine line.”

The Islanders did control large portions of the game and outshot the Lightning 16-6 in the first period. However, the Isles could only muster one goal, a power play tally by Kyle Okposo just 4:20 into the game. Tampa Bay goalie Ben Bishop had a strong first period and kept the Islanders from adding to their lead.

The momentum started to turn late in the first period when Lightning forward Ryan Callahan took a double roughing minor giving the home team a 4:00 power play. The Islanders barely got anything going with the man-advantage and generated only one quality scoring chance late in the power play. The penalty kill gave the Lightning some confidence and added to the Isles frustration.

The Islanders held onto the 1-0 lead until midway through the third period when Nikita Kucherov scored his 8th goal of the playoffs when he put a bouncing puck past Isles starter Thomas Greiss on the short side at 7:49 of the final stanza.

Both teams played more conservatively in the third period and the poor quality of the ice at the Barclays Center, which hosted Justin Bieber concerts the last two nights, helped slow down the offense of both teams.

The overtime was a brief affair. The Lightning kept the puck in after Calvin de Haan’s stick broke and he turned the puck over. Garrison’s blast from the point beat Greiss and the game was over.

The Islanders took 67 shots at the net in this game to just 45 for the Lightning, but Tampa Bay blocked 22 shots to just 10 for the Islanders and Bishop’s strong play prevented the Islanders from scoring more than onece in the game.

“We’ve got to find a way to score goals,” head coach Jack Capuano said. “He [Bishop] is a really good goaltender. We’ve got a find a way to get to him, to get to the net and get some more rebounds.”

The Islanders return to action Sunday afternoon in Tampa when they play Game 5 of this series at 3 pm ET. If they win, Game 6 will be Tuesday night at 7:30 back at the Barclays Center.

“Now it’s a must win,” forward Matt Martin admitted. “We have our backs against the wall but I have full confidence in this group and our ability to come back. It’s one game at a time. We just need to find a way to do a little more and find a way to win.”

Greiss left the game briefly in the second period when one of his skate blades broke. He needed to go back to the locker room for repairs. Rookie J.F. Berube came in and stopped both shots he faced in 4:47 of action. When Berube entered the game, Tampa Bay was on a power play. It was Berube’s first career NHL playoff appearance.

The start of the third period was delayed approximately 10 minutes by the need to repair the glass behind one of the goals.

Ryan Strome and Ryan Pulock were back in the Islanders lineup with Alan Quine and Marek Zidlicky being added to the list of scratches.

Matt Martin led the Islanders with 10 hits. The Isles outhit the Lightning 45-29 in the game.