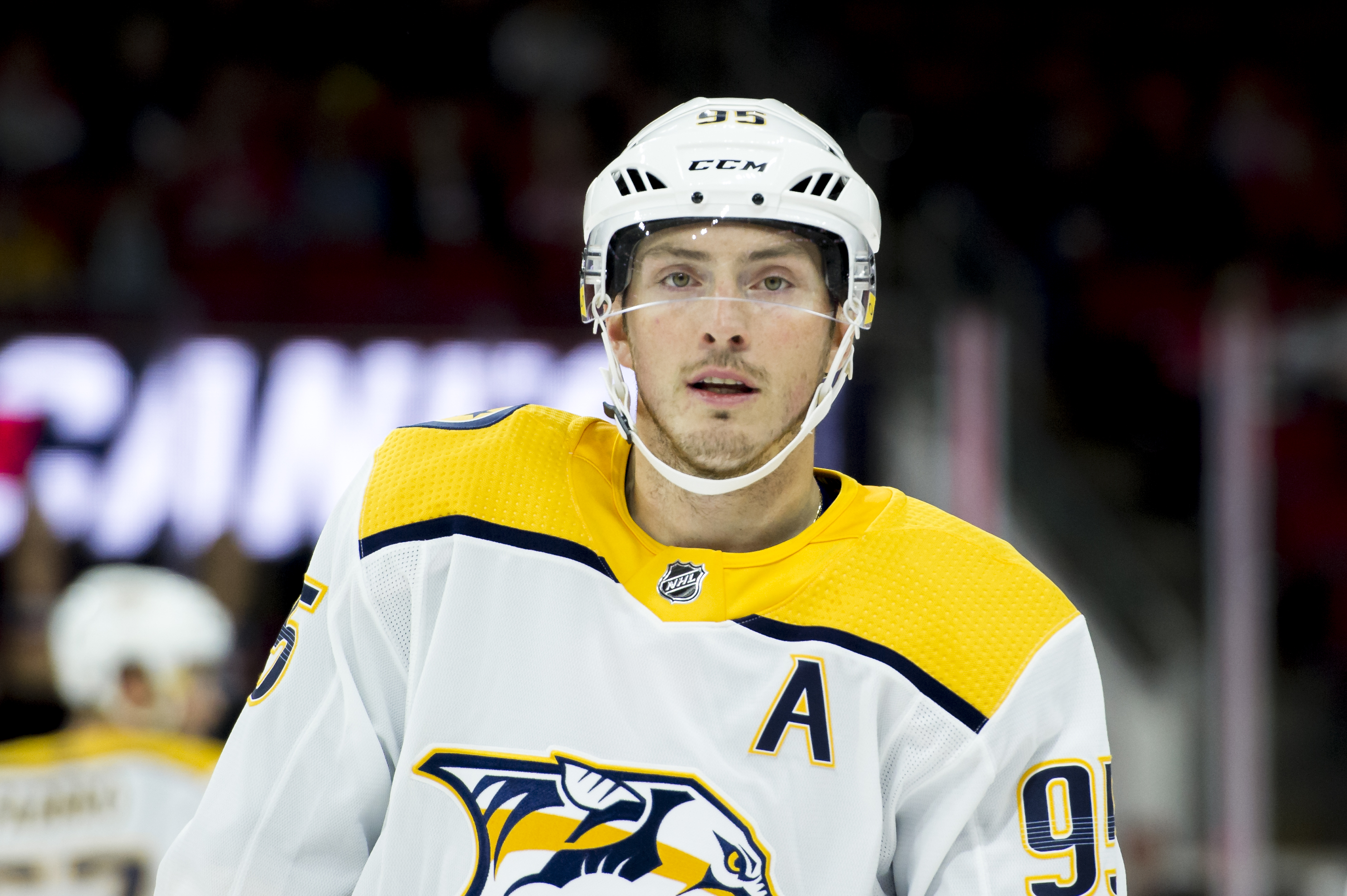 In What Direction Are the Predators Headed?

The Nashville Predators have been fighting all season long to find their team identity and push forward to make a playoff run.  The Predators have dealt with head coaching changes, a sluggish offense, uncertainty on the blue line and were largely silent at the NHL trade deadline.

With the continual NHL hiatus/league suspension in effect and no relief in sight, it’s time to start taking a hard look at the performances of teams this season and evaluate where they are going in the future.  That future may in fact be a resumption of the 2019-2020 season or moving ahead to next year, assuming as a society we have beaten the coronavirus and life has returned to a level of normalcy.  The Nashville Predators are a team of seeming mystery, not knowing how good they really are or how good they can be.  The Predators marked the early part of the season with the removal of Peter Laviolette as their head coach and a month later hiring John Hynes to lead the team.  Hynes, freshly out of New Jersey after being pink-slipped by the Devils, seems to have settled in Nashville to a comfortable level.

A comfortable level of play in Nashville this season seems to mean a defensive, grinding, uninspired style of play that John Hynes is most noted for.  As the season sits today, the Predators are sitting on a 35-26-8 record and 78 points which have them tied for the second Western Conference wild card spot with Vancouver, two points behind Winnipeg and one point ahead of the Minnesota Wild in the wild card hunt.  Does this record denote a lack of success in Nashville under John Hynes? It means that the Predators are at least competitive for a playoff spot and if the season was declared over today they would finish with a winning record and what many would regard as a “decent” season.  NHL franchises don’t strive for “decent” but to make the Stanley Cup playoffs every year.  No team starts out in training camp with the goal of finishing .500 or being close to making a wild card spot.  Teams exist with a goal of winning and there seems to be some strategy brewing in Nashville from the front office down to potential prospects to ensure winning the rest of this season (if it resumes play) or next year.

There are of course bright spots in Nashville this season and as the season sits today the Predators could possibly claim a wild card playoff spot-assuming this season will resume under normal circumstances.  The hallmark of the Predators this year lies in offensive-minded defensemen like Roman Josi and Ryan Ellis.  Josi leads the team in scoring with 16 goals and a total of 65 points in 69 games this year while Ryan Ellis also has been productive despite being out for a concussion and in 49 games played had eight goals and 38 points total.  Top forwards Rocco Grimaldi and Mikael Granlund both have been very productive with 31 and 30 points respectively.  In addition, the goaltending duo of Pekka Rinne and Juuse Saros have combined for 35 wins and Saros looks to be the goalie of the future for the Predators with 1,044 saves and a .914 save percentage this season so far.

The Predators attitude towards playing safely and soundly seems to carry over into last month’s NHL trade deadline.  The Predators were one of the few teams who made little trade efforts other than sending defenseman Matt Irwin to the Anaheim Ducks for fellow defenseman Korbinian Holzer and the Predators will also forgo a sixth round draft pick as well in this year’s draft.  General Manager David Poile played the safe card with limited trade movements but did secure the continued services of Rocco Grimaldi who signed a two year, $4 million dollar contract extension to keep him in a Predators uniform through the 2021-22 season.  Poile explained the Predators strategy at the trade deadline:

“Being very open with everybody, I certainly entertained offers”, David Poile said to the media on Monday.  “I was very open to talking about a lot of our players, including our free agents (like) Granlund and Smith.  But the fact that I’m standing here and didn’t do anything just tells you at the end of the day, I felt that our team was playing well enough.”
-David Poile, 2/23/20

Further causes for positive thinking in Nashville lies in the quality and depth of the Predators prospect pool.  On Friday, 3/20/20, Nashville was able to sign Boston University forward Patrick Harper to an entry level contract.  Harper, finishing up his collegiate career with 14 goals and 23 assists this year before the mandatory NCAA sports shutdown is a small, 5’7″, 150 lb. speedster who could bring some offensive quickness and flash to the Predators front line.  The Predators were also able to sign Cole Smith, another forward out of the University of North Dakota, to an additional entry level contract.  Smith is a larger, 6’3″, 197 lb. winger who promises to bring size and physicality to the Predators offense while fellow collegiate Harper brings speed and strong skating to the Predators organization.

Before the AHL season was shut down, the Predators-affiliated Milwaukee Admirals had some strong standout prospects as well.  Forward Eeli Tolvanen, a 5’11”, 181 lb. forward out of Vihti, Finland had 36 points for Milwaukee in 63 games played and The Hockey News has Tolvanen rated as the #2 prospect in the Predators organization.  Fellow Admiral Yakov Trenin, a Russian-born, 6’3″, 215 lb. center also has contributed 30 points for Milwaukee in just 32 games played this season and looks to be another top prospect.  Further down into minor hockey, The Hockey News has 18 year old Phillip Tomasino as leading the future of the Predators.  Tomasino, another 6′, 183 lb. center, had a stellar season in combined Niagara and Oshawa of the OHL and in 62 games amassed an amazing 100 points total including 40 goals scored.

The Nashville Predators have developed a reputation this season as a decent and yet seemingly unimaginative team in the NHL’s Central Division.  With head coaching changes, defensemen leading in scoring, a tandem serving as netminders and little trading moves at the deadline, it serves as an interesting note that this team is actually competitive and if the season resumed tomorrow the Predators stand a chance to make the playoffs.  However, for this organization to move forward effectively they must make an account of themselves and which direction this team is heading in the future with John Hynes at the coaching helm and David Poile remaining as GM.  Stocking up on top prospects and keeping top defensemen who are goal scorers may just what the Predators need to move into the circle of elite NHL teams and stay in that circle for years to come.