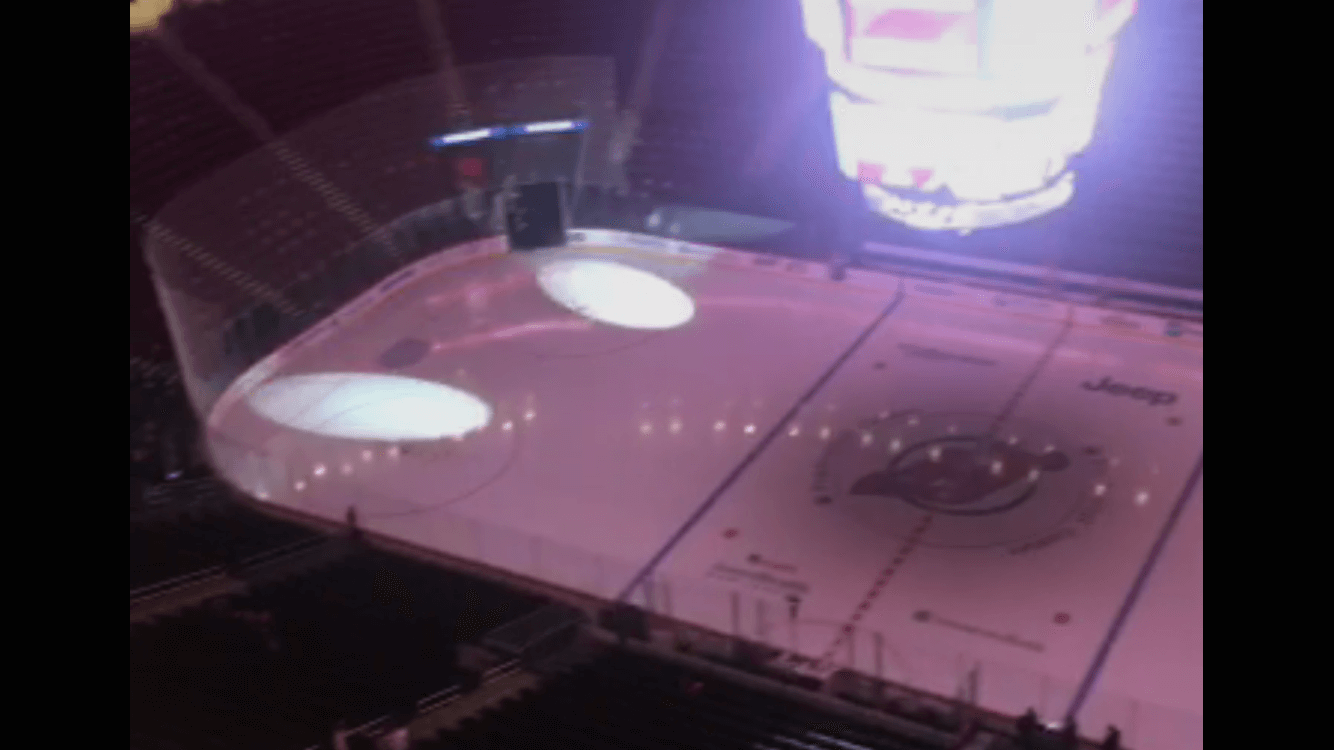 Ilya Kovalchuk: In the Beginning

In the beginning of every dream, there is that moment that defines us in our youth. It’s the place where we find our meanings in life. They are the things that shape us into who we are and creates our destined paths that we will follow in this lifetime.

Whether it was experiencing something magical with our own eyes or following in the footsteps of a parent, these are all things that help mold us and inspire us to become who we are today.

Born during the Cold War in 1983, Ilya Kovalchuk’s humble beginnings in life took place to the north of Moscow in a place called Kalinin, a medieval city with a population of over 400,000 people. Kalinin changed its name to Tver in 1990, shortly before the Cold War ended.

On the day Kovalchuk was born (April 15), Tokyo Disneyland opened its doors for the first time and the Islanders were leading the New York Rangers 2-0 in the Patrick Division Finals.

But in the US, the relations with the Soviets were still on the iciest of terms.

The New York Times reported back on April 15,1983 that, “People tend[ed] to accept the President’s description of the Soviet threat but reject Mr. Reagan’s strategy for meeting it, according to the latest New York Times/CBS News Poll. By about 3 to 2, those interviewed said they viewed the Soviet Union as a growing threat, but by an even bigger margin of 2 to 1 they felt that the American arms buildup would prompt only a further Soviet arms buildup and not in serious negotiations.”

It would still be another five years before the first Russian would be permitted to play in the NHL. Kovalchuk was born during a time when talks of being drafted by the NHL would result in a ban from playing hockey. Viktor Khatulev was drafted in 1975 by the Philadelphia Flyers. Soon afterwards, he was banned from playing hockey for five years after being in a fight during a game (the ban was later lifted in 1978). [Khatulev didn’t even know he was drafted by the Flyers until after the ban was lifted (1978)].

There were rumors that the ban was made in an effort to make an example of him, just in case any future Soviet players were considering disembarking to play in foreign countries. It was also an attempt to thwart the NHL from attempting to draft any future Russian hockey players.

This was the hockey world Ilya was born into…a Cold War where playing for a foreign country was betrayal to your homeland. This was a place and time where you played hockey for your country and no one else. Nationalism was instilled in each and every person from day one. It was the Cold War after all.

“I started to play when I was probably about four and a half…I started skating” Kovalchuk said of his early beginnings in hockey. “My dad convinced me to go to hockey school. It was the only one in my hometown, and I started playing.”

Valeri Kovalchuk, Ilya’s father, was a former Soviet pro basketball player, and one of Ilya’s most influential figures in his life.

“[My dad], he [was] always with me. Hockey was his wholly favorite sport.”

Even though he was a pro basketball player, he was there every step of the way for his son out on the ice.

“He was skating with me all of the time. He was pretty good, actually. He was my challenge until like 12 years old…and then he [couldn’t] keep up with me anymore.”

Was Ilya the better hockey player at that age going up against his father?

With that slight smile of his where he pretends he’s not smiling, he responds in a very serious tone, “Yes. Yes, definitely.”

Ilya describes his family life as ‘normal.’ “It wasn’t any special family. My mom, she was a doctor. She works. My dad, he was director of [a] sport club. He got his own store. They spent a lot of time with me, nothing really special.”

Even though Valeri was a huge part of Ilya’s young hockey training, he didn’t influence his son’s decision to play hockey.

“He knows I wanted to play a top sport, so he asked me what I liked the most. At that age, probably, I didn’t understand. But he put me in all different stuff. I played a little tennis, a little basketball, a little soccer. But I liked hockey for some reason or another.”

His father ended up showing him a lot of tapes later on in his childhood of Kharlamov. “He passed away before I was born.”

Kharlamov died at the age of 33, in a car accident, just two years before Ilya was born. But it was that fondness that he saw his father have in Kharlamov that led him to wear his number 17.

“It was his favorite player. He showed me the videotapes. I think he’s one of the most dynamic players. He was great to watch, that’s for sure.”

Kovalchuk was five years old when the first Russian played in the NHL. At what point did the NHL factor into his decision on where he wanted to play?

It wasn’t until 1994, at the age of 11, that Ilya got his first glimpse at an NHL game. It was the Stanley Cup playoffs…the year the Rangers won the Stanley Cup over the Vancouver Canucks. This win, of course, led to riots in Vancouver.

Who was Ilya cheering for?

“Vancouver, because [Pavel] Bure was playing there. At that time, Pavel scored a lot of goals and was one of the leaders on the team. I looked up to him.”

[Ironically, Pavel’s father, Vladimir, an Olympic medalist swimmer, is a scout for the New Jersey Devils, and has been with the team for several years.]

Even though he watched these Russian hockey stars on television, they were not the ones that influenced him. Not even his father’s favorite player, Kharlamov, was an influence on him.

“I think the biggest influence on me is my dad…my parents, because I’m not that kind of guy who dreams about being someone [else] that has already done it and try to be the same.”

While Kharlamov was known as one of the greatest hockey players in the world, Kovalchuk did not aspire to be an even greater hockey player than him.

“You can’t compare players now and before that. He was one of the best in our generation. It’s just a different game right now. You can’t really compare. I never even think about it. You can’t be better than him. How are you going to compare who’s better? It’s impossible. It was a different time, different era, different tournament, everything was different.”

“There were greats in their time. We try to be as good as we can in our generation.”

Was his dream to always be a hockey player?

“Yes. I wanted to play hockey. I wanted to play the best I can. In my hometown, we’ve got a men’s team that played as a professional team. When I was there, I liked to watch them. I wanted to be, maybe one day, in their position and try to get myself to play at their high level.”

He didn’t set his sights high with big aspirations of playing for one of the biggest leagues in the world. He set his humble dreams on his home team, because to him, they were the greatest team around.

Long before Kovalchuk caught the eye of scouts at the age of 15, he was no stranger to North America. He had visited America on several different occasions.

Did he like North America enough to want to move here?

“No. I never. It’s the best league here. I respect everything here, but my home is in Russia.”

Kovalchuk ended up leaving his hometown early in his teens to play for a team away from home…in Moscow.

“I was playing in Moscow. My dad, he was driving me every time. I was practicing in my hometown with my team with two of the guys that were three years older than me. He was driving me to Moscow every Saturday and Sunday we had games. I would play for Spartak. But then there comes a time that you have to be with your team that you play for and practice with them, so then I moved to Moscow when I was 15.

“But then the men’s team in Spartak, the main team, was playing in the Super League at that time. Their coach told my dad that they want him to bring me up and practice with them…try to play. So I was playing, when I was 16, for the men’s team already.”

What was it like being away from his family so soon?

“It was different. It was a tough decision when my dad told me that we’ve got to do that. I think when you’re away from your parents, you’ve got to learn a lot of responsibilities and you grow up quicker.”

This entirely explains why Kovalchuk is wise and mature beyond his years.

His desire to want to play in the NHL and move to North America didn’t come until after he was drafted. “You can’t know for sure where you’re going to play. Everyone was saying that I leave too early. I was only eighteen. They said I should have played a couple more years in Russia and get better then come here. But I decided to go right away.”

Kovalchuk became the first Russian to be selected first overall in the NHL Entry Draft in 2001 by the Atlanta Thrashers. He created history in both the NHL and in Russia that day. After all, he was born into a time when being drafted by the NHL meant being banned from hockey in the Soviet Union, and there were no Russian players in the NHL.

Kovalchuk became the new future for Russian hockey players that day. He would lead the way as Russians became one of the hottest hockey commodities in the new generation of the NHL.